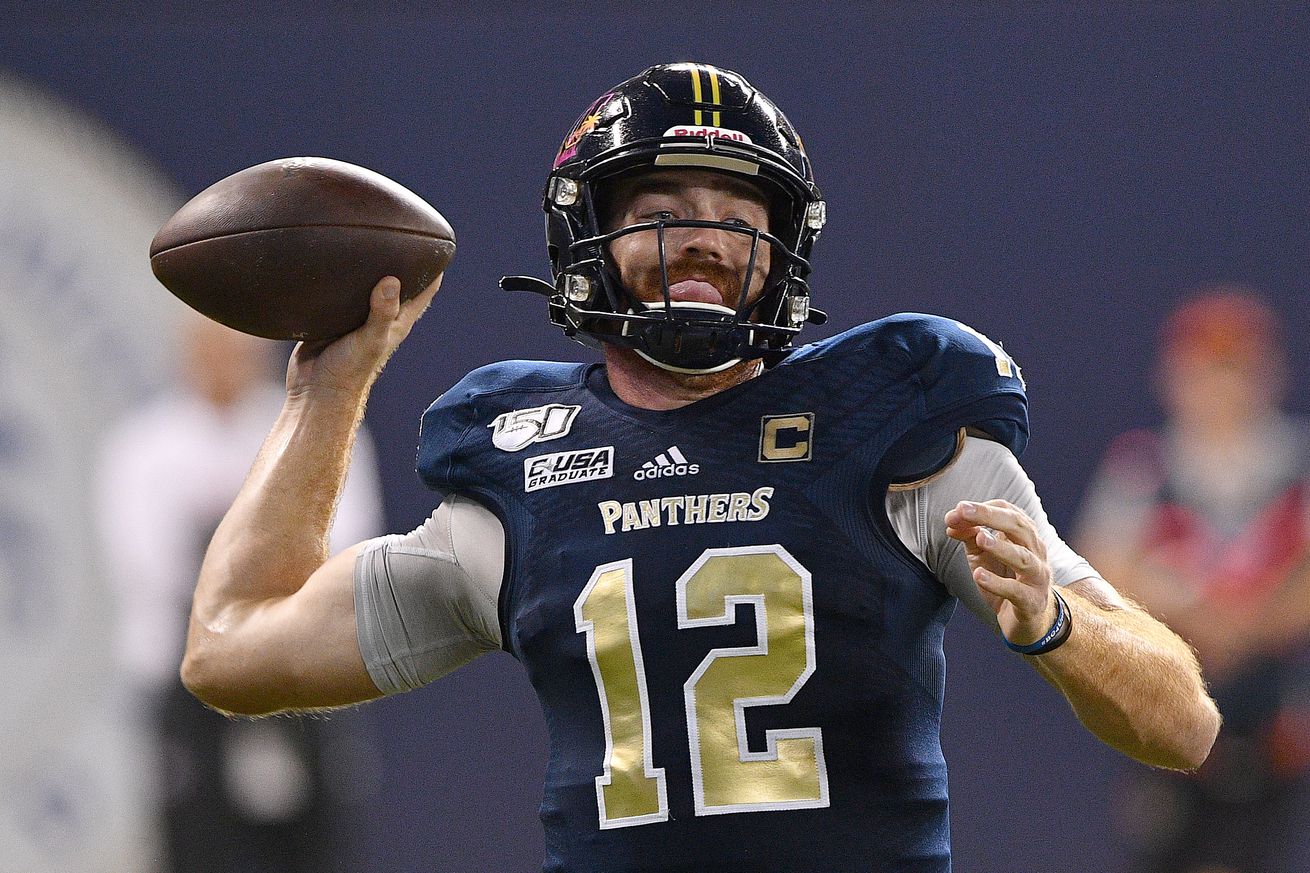 The Miami Dolphins have been connected to virtually every college quarterback from Tua Tagovailoa to Jordan Love this draft season, but it’s not only the high-profile guys on which the Dolphins front office is keeping tabs.

According to Barry Jackson of the Miami Herald, the Dolphins will be meeting with former FIU Panthers quarterback James Morgan before this year’s draft.

Morgan, 6’4”, 229 lbs, joined the Panthers in 2018 after three seasons with Bowling Green State. 2018 was the best year of his college career by a wide margin, as the Green Bay Native completed 65.3 percent of his passes for 2727 yards, 26 touchdowns, and just seven interceptions. That year, he led the Panthers to a 9-4 record. His numbers took a dip last season as the Panthers failed to capitalize the momentum they gained from the previous year, and the team slogged to a 6-7 record. Morgan managed just a 58.0 percent completion rate, 2585 passing yards, 14 touchdowns, and five interceptions.

As pointed out by NFL.com’s Lance Zierlein, Morgan’s arm gives off a resemblance of the power and “zip” of Green Bay greats like Aaron Rodgers and Brett Favre, but his accuracy is nowhere near where it needs to be, and his mechanics are all over the place. Morgan seems to rely on his strength far too often and doesn’t have the touch to drop the ball where only his receiver can get it. That said, FIU’s receiving corps certainly hasn’t been elite, so it’s not like Morgan had the ample help that Tagovailoa or Joe Burrow had benefited from during their collegiate careers.

In all likelihood, Miami’s meeting with Morgan has more to do with giving a local prospect a shot at some exposure and the team’s desire to turn over every stone as it searches for its answer under center than a belief that Morgan will actually be that answer. Morgan’s ceiling, at least going into the draft and next season, is likely that of an undrafted free agent turned practice squad player.