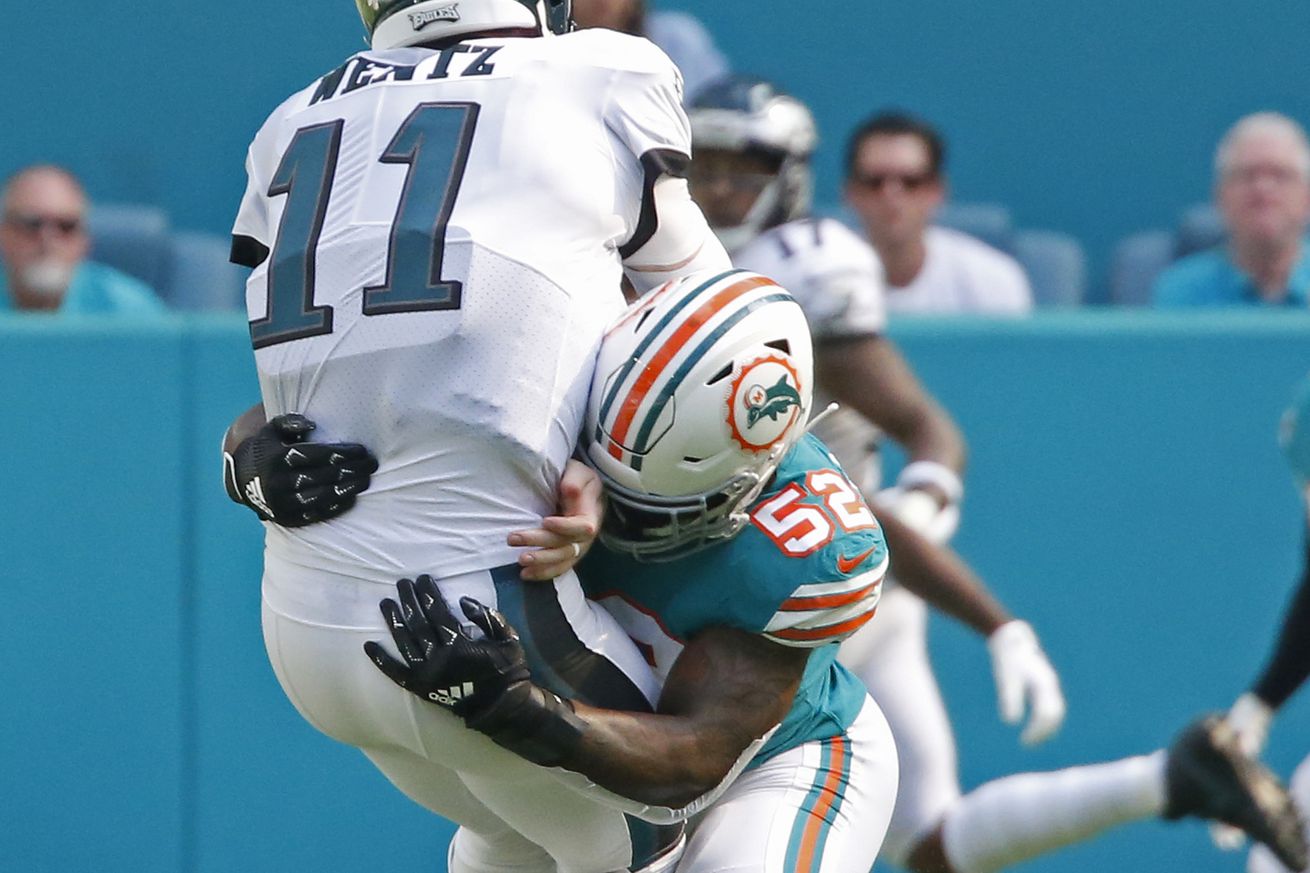 The Miami Dolphins have traded linebacker Raekwon McMillan to the Las Vegas Raiders, according to a report from the Miami Herald’s Barry Jackson. The trade comes as the Dolphins look to shake up the linebacker corps, with Elandon Roberts and Kamu Grugier-Hill likely taking snaps away from McMillan this year. The Dolphins, who have a versatile defense with linebackers that fill multiple roles, simply did not have a place for McMillan to reach his potential as a run-stuffing middle linebacker.

No report on compensation had been made. Jackson adds both sides “mutually agreed this was best.”

Miami’s second-round pick in 2017, McMillan lost his rookie season when he tore his ACL on special teams coverage on the opening kickoff of his first preseason game. He returned in 2018, starting slowly as he learned to trust his knee, but resumed his role as the team’s starting middle linebacker. In the two seasons he played, McMillan appeared in 29 games with 28 starts, recording 177 tackles with two passes defnsed, two forced fumbles, and a fumble recovery.

Update: According to ESPN’s Adam Schefter, the Dolphins will receive a 2021 fourth-round pick in the trade, while also giving the Raiders a 2021 fifth-round pick.