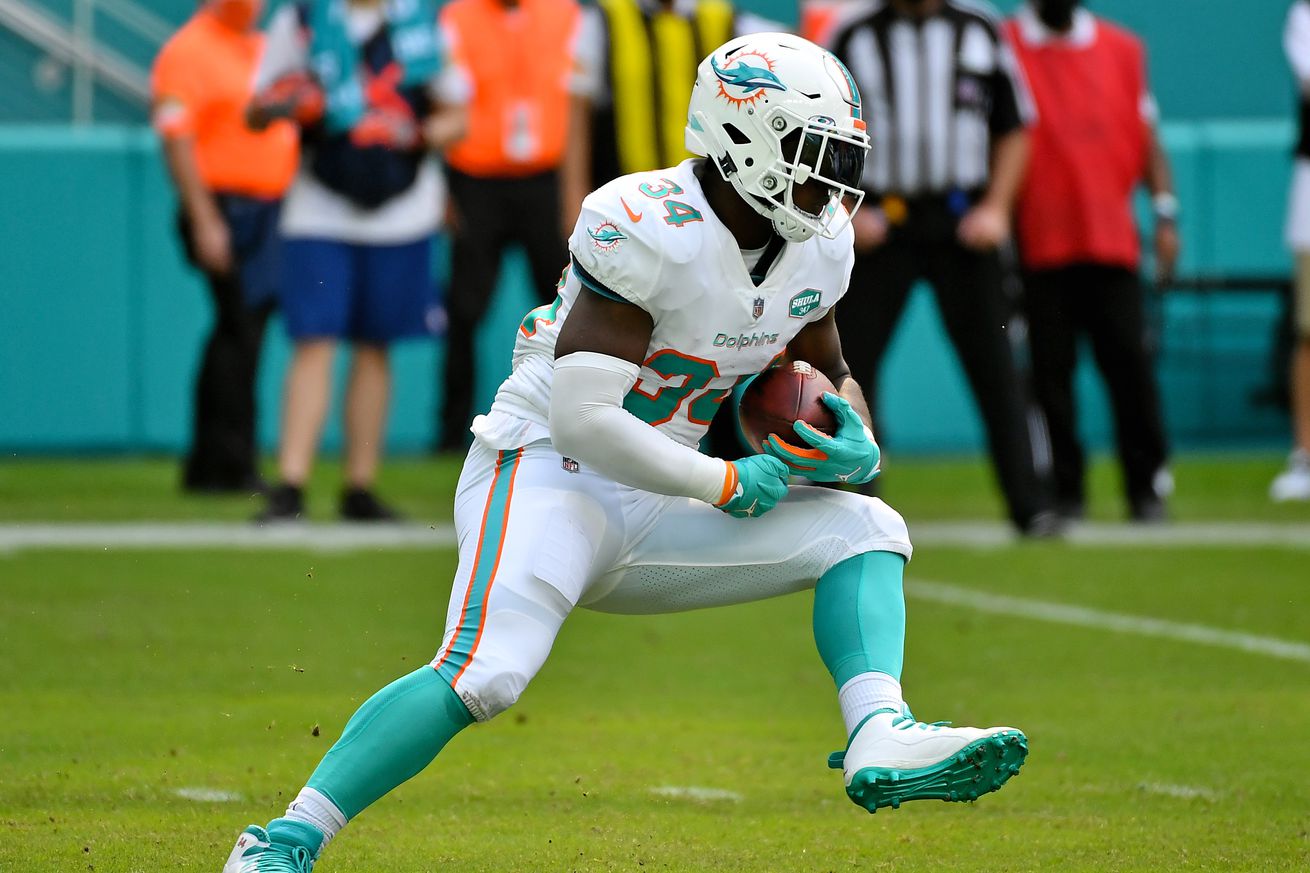 The Jordan Howard experiment is officially over in South Florida.

According to ESPN’s Adam Schefter, the Miami Dolphins have waived veteran running back Jordan Howard.

Howard was inactive Sunday, and now he is gone from Miami. All veterans now go on waivers.

Howard, who was inactive for Sunday’s game vs the Los Angeles Chargers, signed a two-year deal worth $10-million this offseason. He is now free to sign with a new team—-barring he clears waivers.

(If he is claimed by another running-back starved team, they would take on the remainder of his contract.)

Howard carried the ball 28 times for 33 yards and 4 touchdowns in his limited time with the team. Throughout his 5-year career, Jordan Howard has amassed 3,928 yards and 34 touchdowns on the ground.

However, this move doesn’t come as a surprise.

salvon ahmed with a big run through a hole john madden would say you could drive a truck through. pic.twitter.com/RxtpLmw0se

After all, the Dolphins saw Myles Gaskin breakout early in the season, and his Huskies’ teammate Salvin Ahmed has stepped up in his absence.

Eric Studesville and the Dolphins front office have to be happy with the production they continue to get from their RB room. A room in which should get stronger in the near future with the return of veteran RB Matt Breida. We can also expect to see an increase in reps from De’Andre Washington moving forward.

Miami might not have a splashy name in their backfield, but they’re playing complimentary football. And most importantly, players are making the most out of each and every opportunity.

I bid you farewell, Jordan Howard and wish you all the luck in your future endeavors.