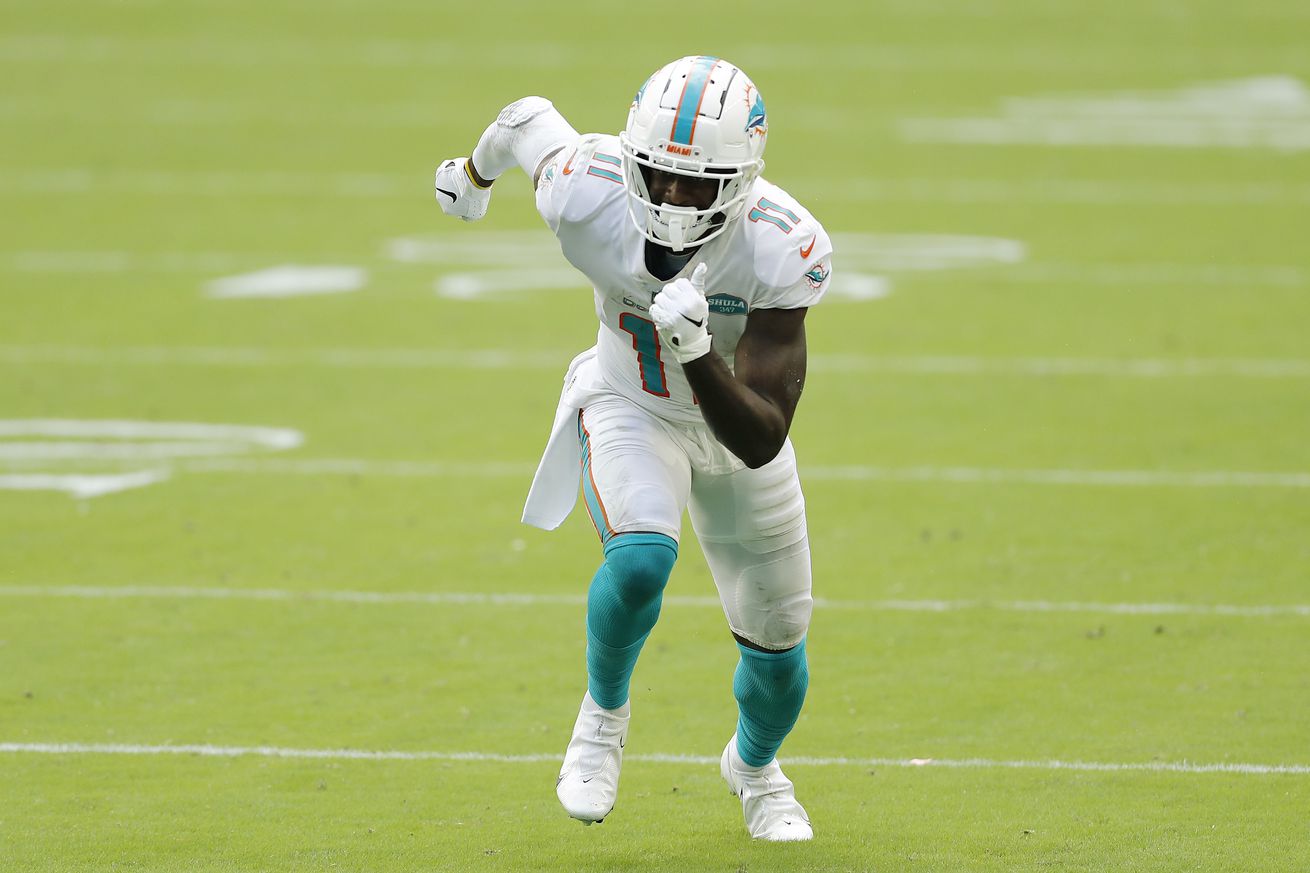 Miami’s top pass catcher is ready to play in primetime.

The Miami Dolphins are heading into a primetime game with their top offensive weapon fully healthy for the first time this season.

Per Miami’s Wednesday injury report, DeVante Parker’s hamstring issues are (hopefully) behind him, as the wideout’s practice status was upgraded to “full” (Parker was listed as “limited” on Monday and Tuesday’s reports). Parker is also entering Week 3 without an injury designation. He was listed as “questionable” heading into both of Miami’s other contests this season.

Cornerback Byron Jones and safety Clayton Fejedelem are not so lucky. Jones was ruled out with groin and Achilles injuries after not practicing all week, while Fejedelem (pectoral) is listed as “doubtful” after he got in limited practice sessions each day this week.

On the Jaguars’ end of things, Duval’s finest will be entering the primetime showdown at less than full strength. Emerging wide receiver DJ Chark is listed as questionable with back and chest injuries, while kicker Josh Lambo (hip) and center Brandon Linder (knee) have been ruled out. Lambo was placed on injured reserve earlier on Wednesday. In a corresponding move, the Jaguars promoted kicker Brandon Wright from the practice squad to the active roster.