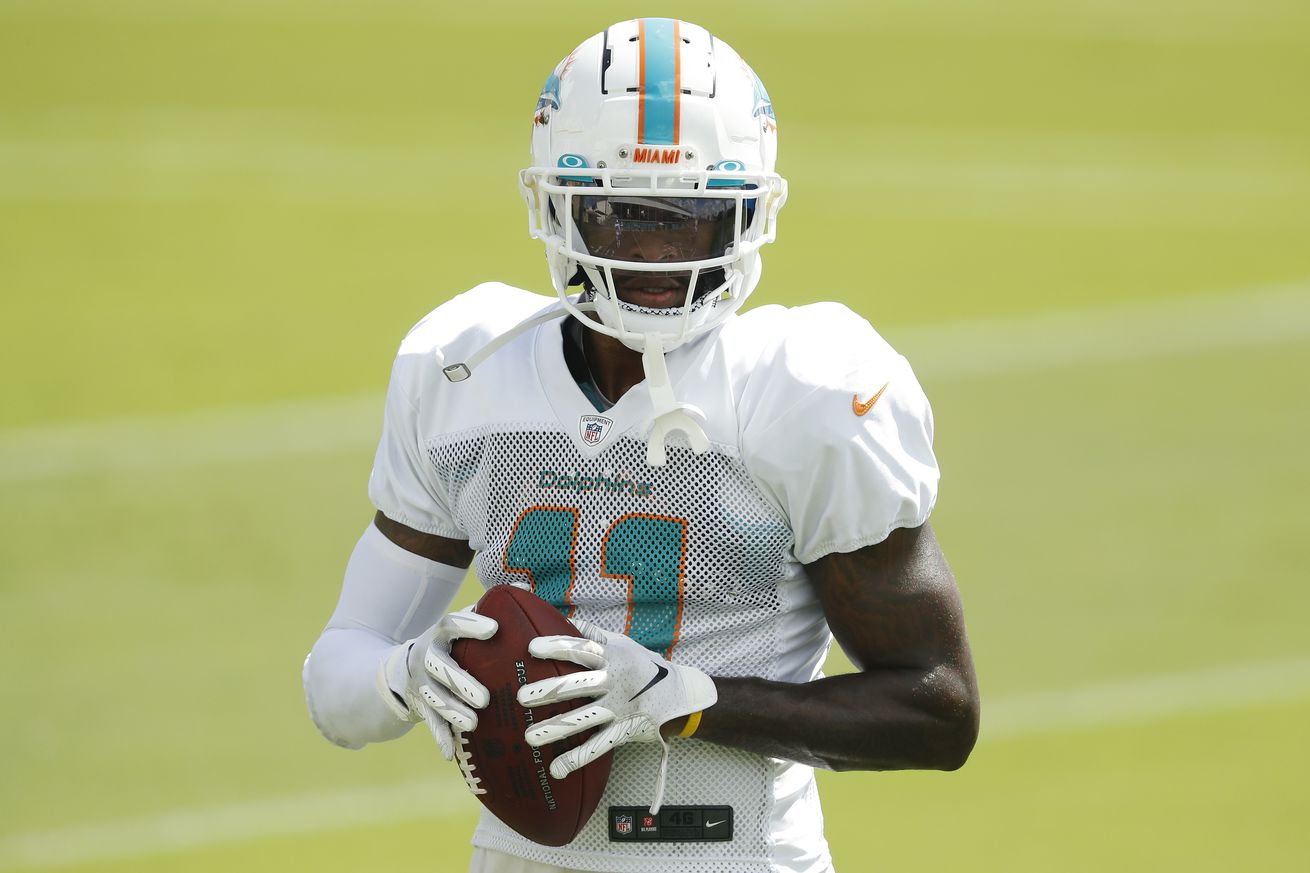 The Miami Dolphins are relatively healthy coming off of Sunday’s loss to the New England Patriots.

The Miami Dolphins suffered a tough loss to the New England Patriots to open the season last Sunday, but more disheartening than the loss itself was the possibility that Miami could have lost wide receiver DeVante Parker for a significant period of time due to injury. Fortunately for Parker, Dolphins fans, and the team’s hopes of playing quality offensive football in the foreseeable future, it appears that Parker may even be ready to play in Week 2 against the Buffalo Bills.

For context, Parker suffered a hamstring injury during training camp and practiced in a limited capacity leading up to last weekend’s game. After a very strong first half in which Parker corralled all four of his targets and picked up 47 receiving yards, the talented wideout aggravated his hamstring injury and was forced to miss the rest of the game. Now, per Adam Beasley of the Miami Herald, Parker practiced in full pads, and per the team’s Wednesday injury report, Parker got in a limited session of practice. By all accounts, he appears, at the very least, to have a good shot of suiting up on Sunday.

One player, linebacker Elandon Roberts, did not practice at all due to being placed in the concussion protocol. Both linebacker Kyle Van Noy (hand) and wide receiver Preston Williams (knee) were listed on the injury report, but got in full practices.