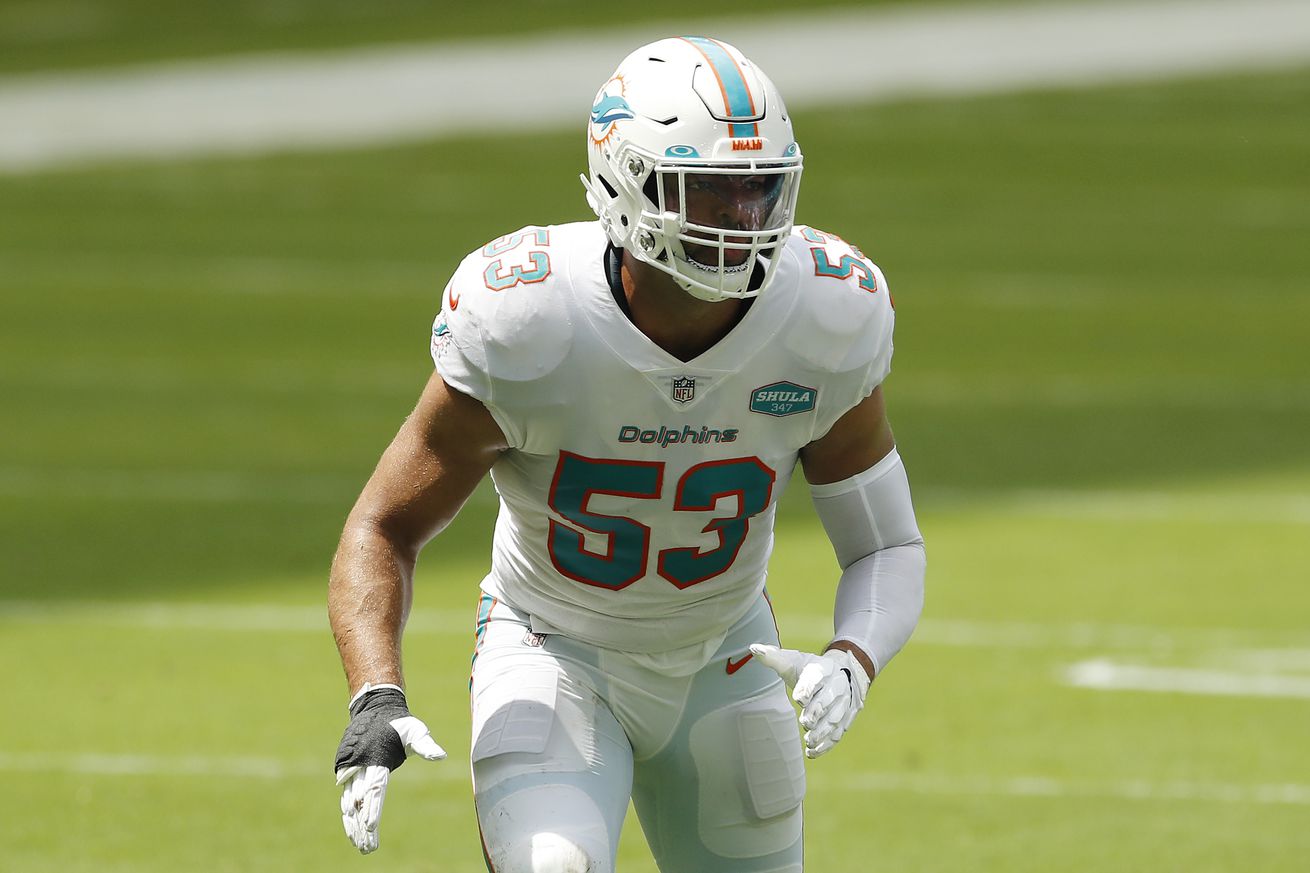 The Dolphins are down several key defenders to start the week.

The Miami Dolphins are coming off a decisive victory over the defending NFC champs in large part because of the defensive reinforcements they received heading into Week 5’s matchup against the San Francisco 49ers. Byron Jones rejoined the secondary for the first time since suffering a groin injury back in Week 2 and helped propel Miami to a phenomenal defensive performance that resulted in 49ers head coach Kyle Shanahan benching starting quarterback Jimmy Garoppolo mid-game. Unfortunately for Miami, the team’s defense will not remain at full strength going into Week 6’s contest against the division rival New York Jets.

Per Miami’s Wednesday injury report, two key defenders were absent from practice. Defensive tackle Davon Godchaux (biceps) did not participate. Godchaux suffered a biceps tear in last week’s win and will likely be placed on injured reserve in the coming days. Godchaux is facing a roughly three-month recovery timeline and would potentially return to action should the Dolphins make the playoffs. Starting linebacker Kyle Van Noy (groin) was also not present at Wednesday’s practice. Van Noy has been one of Miami’s most productive and reliable defenders to start the season. The severity of his groin injury is not yet known as of the publishing of this article.

Two players were limited participants in Wednesday’s session. Tight end Durham Smythe (knee) was limited after not playing in last week’s game. Defensive end Tyshun Render had been promoted from the practice squad to fill in for Smythe on special teams. Defensive end Shaq Lawson (shoulder) was limited as well. It’s unclear whether Smythe or Lawson will be available on Sunday.