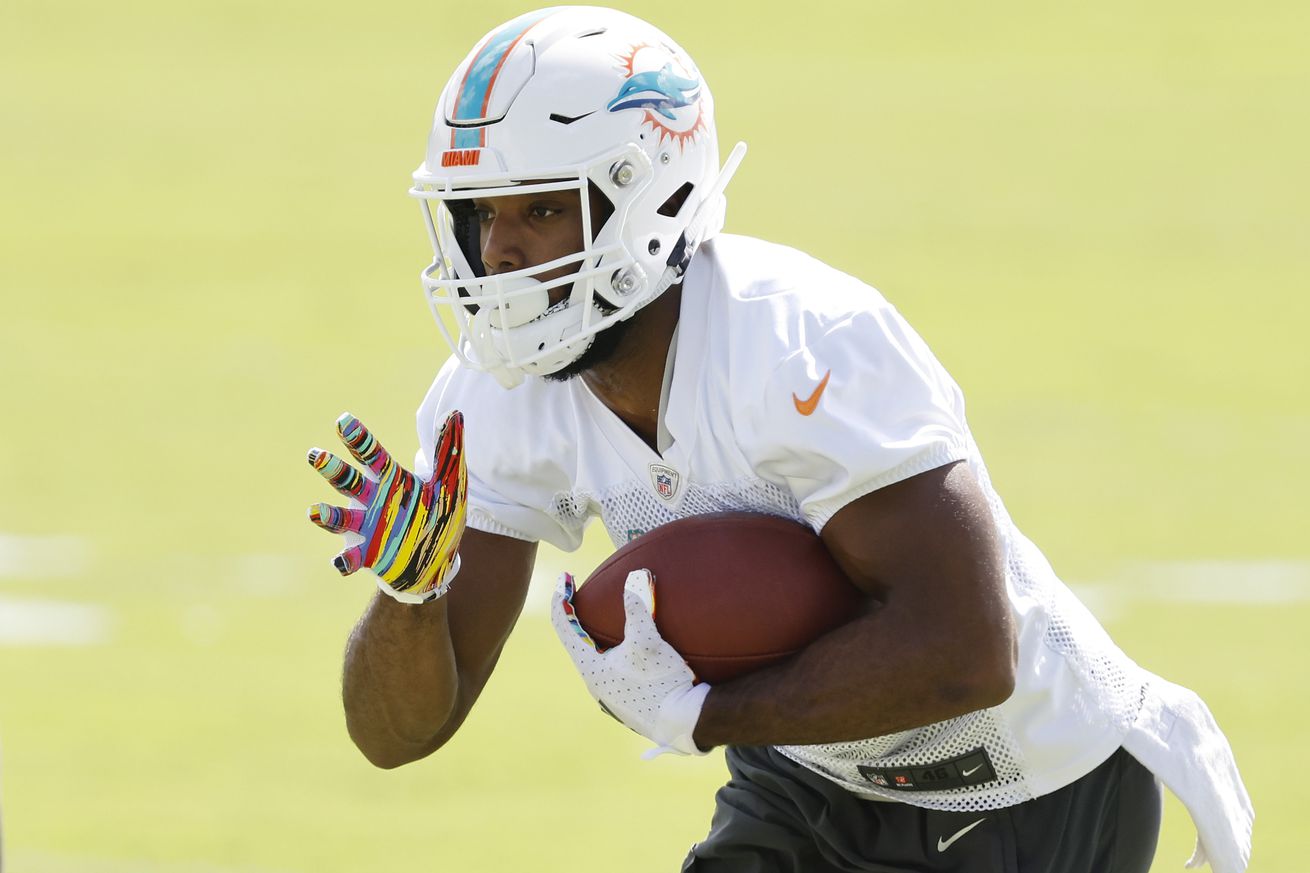 Will Miami’s de facto top running back be ready in time for Sunday?

The Miami Dolphins were missing both of the team’s top running backs during Sunday’s win over the Arizona Cardinals, and it showed. Despite getting a phenomenal performance from rookie quarterback Tua Tagovailoa that catapulted the Dolphins over Arizona, the ground game struggled in the absence of Myles Gaskin (knee) and Matt Breida (hamstring). Jordan Howard was yet again ineffective on 10 carries, producing only 19 yards with his opportunities. Undrafted free agent signee Salvon Ahmed was solid on his limited touches, but reinforcements at the position are sorely needed. While Gaskin will remain out for several more weeks before he’s eligible to return from injured reserve, Breida could be back as early as this Sunday.

Per Miami’s Wednesday injury report, Breida was limited in practice. This was Breida’s first appearance on the practice field since suffering a hamstring injury during Week 8’s victory over the Los Angeles Rams, as he missed every practice session the team held last week. The Dolphins were only able to hold a run through on Wednesday due to the team’s being in the NFL’s intensive COVID-19 protocol, but Breida’s limited participation is certainly a move in the right direction as he attempts to suit up against the Los Angeles Chargers this weekend.

For more Miami Dolphins news, updates, and analysis, be sure to follow Justin Hier on Twitter @HierJustin.