The two sides agreed to a four-year contract worth $65.4 million that will keep Ogbah in Miami Gardens. In his two seasons in aqua and orange, the former Oklahoma State Cowboy has recorded 83 tackles, 45 quarterback hits, 18 sacks, 17 passes defended four forced fumbles and two recovered fumbles.

This week, Pro Football Network’s Aaron Wilson got a chance to speak to Ogbah at his annual youth football camp at his former high school. When Wilson asked about what Ogbah’s side of the ball could look like in 2022, the defensive end showed his excitement.

“The defense, for sure, can be scary this year because we all know each other,” Ogbah said. “We all know what each other are capable of, our strengths and our weaknesses. We’re all going to help each other and compete with each other. It’s an exciting time for the defense. We’re excited.

Miami didn’t add a ton of players to that side of the ball this offseason. Veteran linebacker Melvin Ingram and rookies Channing Tindall and Cameron Goode are really the only newcomers to the defense. Special teams ace Keion Crossen, who was also signed in recent months, could also make an appearance, but those would probably be few and far between.

So, why could the defense be scary this year? According to Ogbah, it’s Ingram’s presence and the growth of second-year linebacker Jaelan Phillips.

Last year, Phillips broke the franchise record for sacks by a rookie, recording 8.5 in 17 games. He also had 42 tackles and 16 quarterback hits. His development could take them to the next level.

For Ogbah, he’s working on a little bit of everything, but he wants to take on more of a role with the veterans.

“Just be more of a leader this year and keep doing what I’ve been doing: leading the team,” Ogbah said. “Thinking of me as a vet, I’m back there, helping the younger guys and just speak up when I need to and be a captain of the team. You can always get better at everything. The sacks, the batted balls, or just tackling — go back and watch the film and improve on the little things.”

He, like everybody else, is glad to have McDaniel in the building running things. The energy in the facility last year appeared to feel tight at times, and that’s changing now.

“It’s exciting,” Ogbah said. “Coach Mike, he’s different. He brings that different mentality to the offense. He doesn’t really say much to the defense. He does his thing. I know Tua [Tagovailoa] loves him. I can’t wait to see the offense grow.”

If Miami’s defense can live up to Ogbah’s expectations, and the offense takes a step with McDaniel running things, this whole season could be scary, but there’s a lot of work to do before we get to that point.

2022 Dolphins position preview: Breaking down DLs ahead of camp 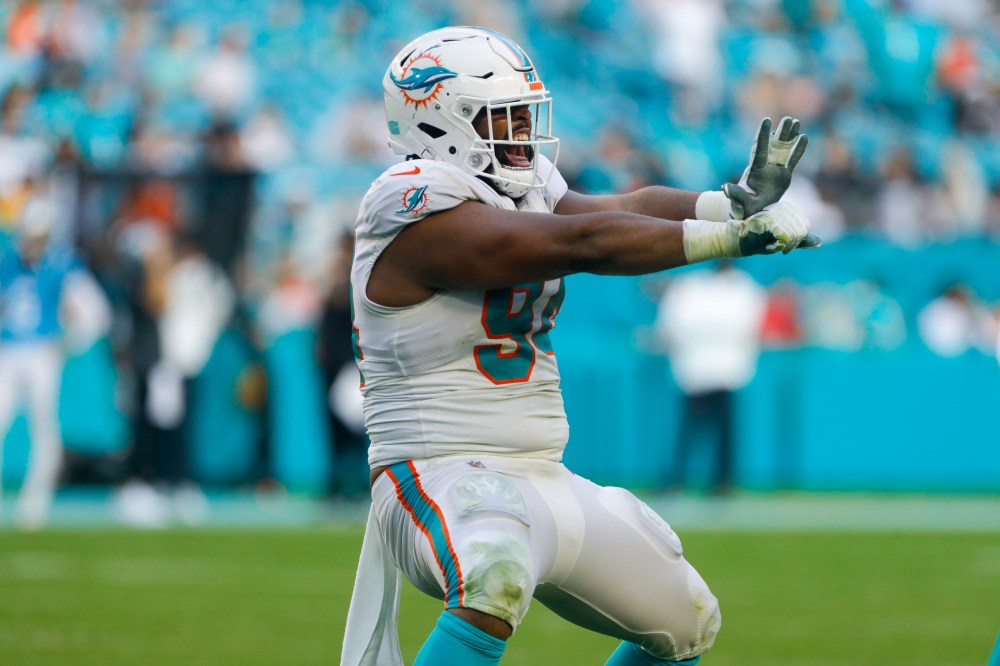