The Miami Dolphins are on deck. This Dolphins team has found all the right buttons to push on their way to a five game winning stream, the team’s longest string of consecutive victories since the 2016 season, when Miami won six straight games on their way to a 10-6 season. That’s very much of the table for the Dolphins this season as well — and perhaps much more. With Miami’s well-rounded approach and opportunistic defense, what is to say Miami can’t make a healthy run at the AFC East in 2020?

The next step in that journey starts today, when the Dolphins take the field to square off against the Denver Broncos. Miami is trending in the right direction, which is more than we can say about the 3-6 Broncos. But the Dolphins still need to execute. What should we expect? 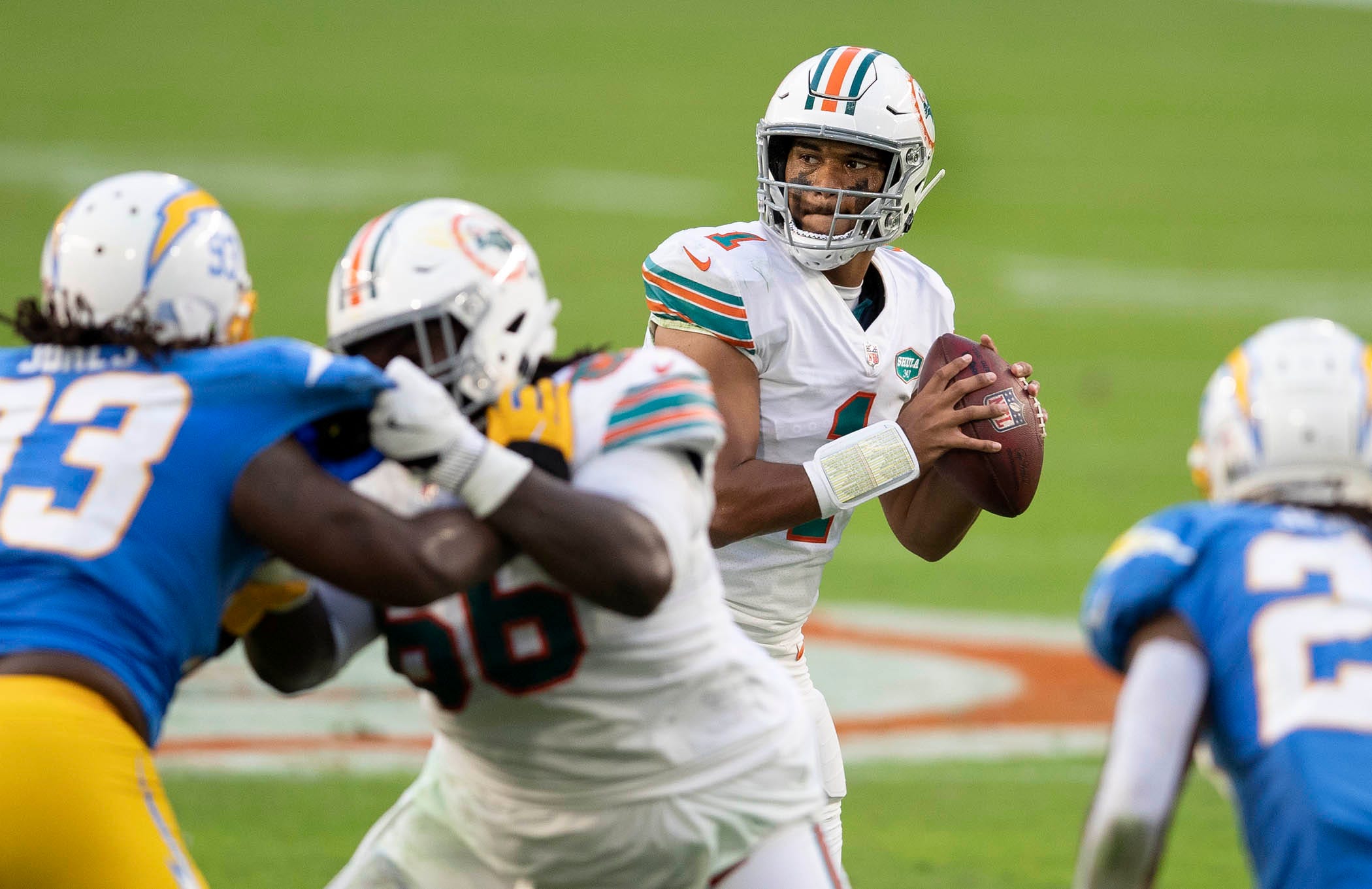 The Broncos do have some notable ballhawks on the field — starting with safety Justin Simmons, who is one of the best safeties in all of football. Tagovailoa got lucky in Week 10 with two near-misses on targets to Mike Gesicki and DeVante Parker; and inevitably luck will run out for the rookie passer. Tagovailoa missed a couple of other opportunities by being slightly late to decide to pull the trigger, such as on a deep sneak/over route to Gesicki against the Chargers.

We expect Tagovailoa will be more confident this week — but the end result will be at least one throw he’ll wish he could get back.