We’re now just a day away from the Miami Dolphins returning to the field of play to take on the Jacksonville Jaguars. Miami’s start to the 2020 season hasn’t gotten off to a fast start, but Miami’s quick turnaround to play once again gives the Dolphins a chance to flush the bad taste of Week 2 out of their mouths. What should we expect to see?

Here are five bold predictions for the Miami Dolphins’ Week 3 showdown against the Jacksonville Jaguars. 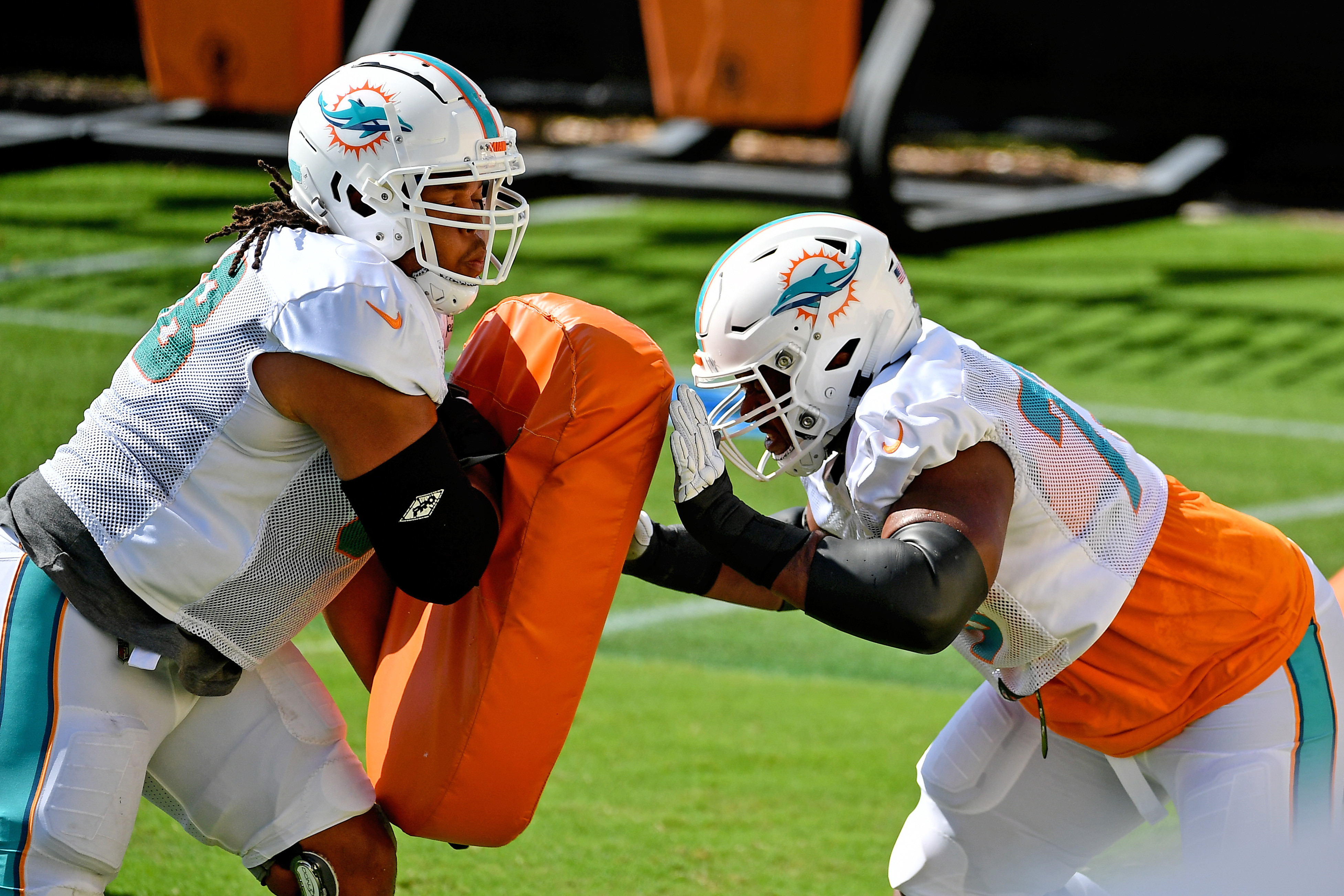 Austin Jackson has been a pleasant surprise early on for the Dolphins. But against the Jaguars, he’s going to get a heavy dose of explosiveness off the edge. And because of that, we’re going to say Jackson gives up his first formal NFL sack in Week 3 against Jacksonville. There will be good. There will be bad. And we’re betting that between two fellow top-20 overall picks in Josh Allen and K’Lavon Chaisson, there will be sack.