The Miami Dolphins face several elite quarterbacks this season — including a December date with Patrick Mahomes and the Kansas City Chiefs. But perhaps an even more daunting task awaits the Dolphins this week in Week 4: stopping Russell Wilson. Seattle has always been a team that is committed to establishing the run, but a new commitment to “let Russ cook” this season has netted Seattle 14 passing touchdowns in the first three games of the 2020 season. That is an NFL record.

Miami’s ability to stop the pass has been hit or miss this season and the team will likely face Seattle without cornerback Byron Jones. That doesn’t add up to a great day at the office for the Dolphins’ defense. But hey — crazy things happen in the NFL every week.

What craziness might we see from Hard Rock Stadium tomorrow? Here are our 5 bold predictions for Week 4 against Seattle. Here’s hoping we’ll be as accurate as we were for Week 3 — we hit on four out of five against Jacksonville! 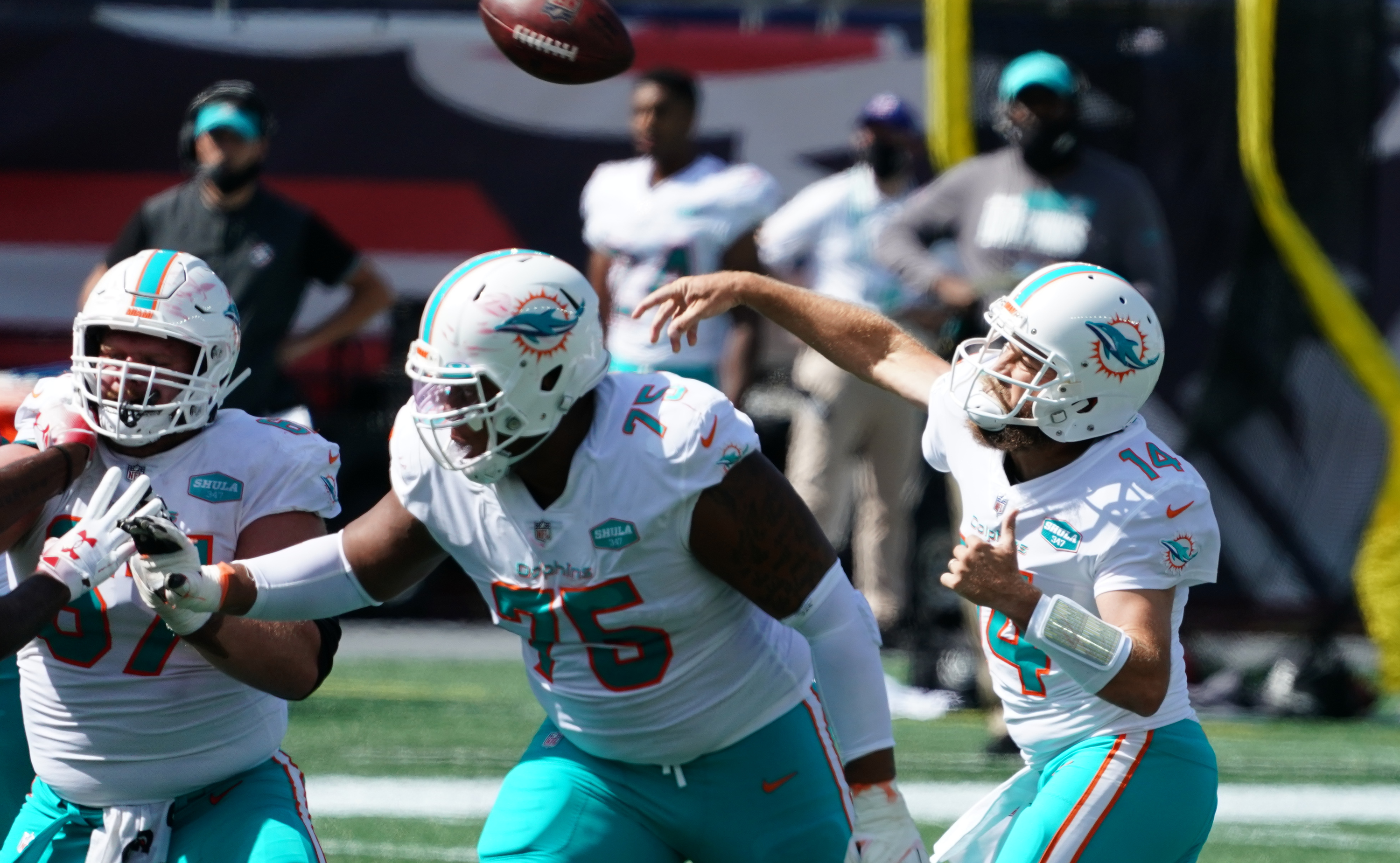 No Jamal Adams? No Quinton Dunbar? Miami has seen receiver DeVante Parker avoid serious setbacks with his hamstring over the last two games after missing the second half against New England — he’s due for a big game. We bet he gets one and it leads to an even bigger performance for Ryan Fitzpatrick. Given Seattle’s injuries, this feels like it could be a “Fitzmagic” performance — not dissimilar to the game he had against the Philadelphia Eagles last season. Look for a big day from the wily veteran.