With today’s Week 1 contest against the New England Patriots looming large as the Miami Dolphins’ first of sixteen tests this fall, it is easy to expect all that will matter at the end of the day (and the season) is if there’s a mark in the ‘win’ column or not. But as the saying goes: Rome wasn’t built in a day. And neither are Super Bowl contenders. So yes, it would be easy to judge the Dolphins strictly off of wins and loss in the year 2020, but that wouldn’t likely showcase the entire story, either.

In a perfect world, each of our signs of progress can materialize alongside wins for this year. But even if Miami finishes the year with a losing record at, hypothetically, 7-9, it wouldn’t mean that the Dolphins didn’t have a productive team building effort.

As the 2020 season gets underway today, here are 5 signs of progress to look for outside of just the win column. 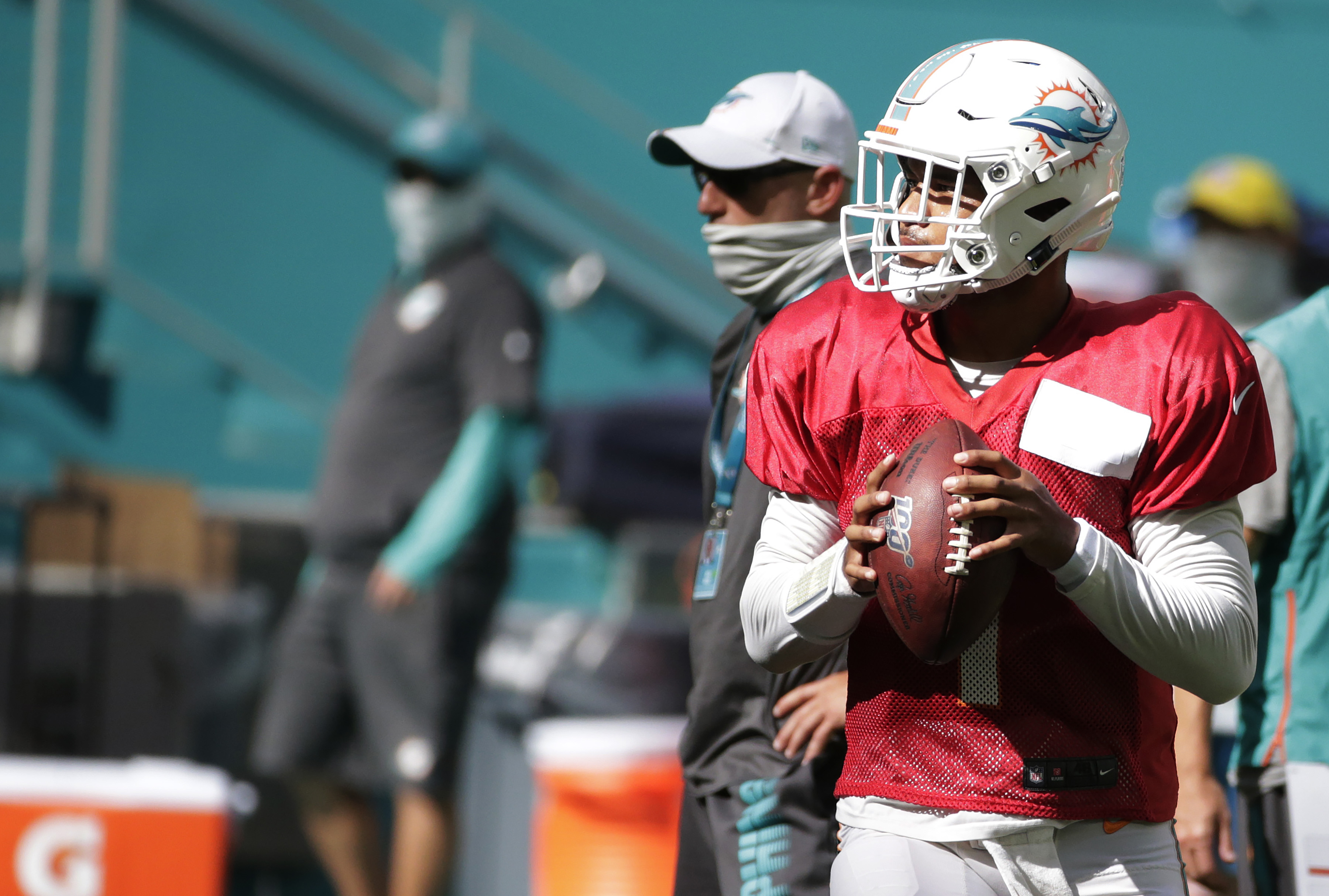 We don’t know when Tagovailoa is going to get into the lineup, but we can be certain that we’re going to see him at some point along the way. Perhaps the only scenario in which Tagovailoa sits the entire season is if Ryan Fitzpatrick gets the Dolphins’ offense humming at a high level, the team starts fast and never looks back. This team is improved but with so many young pieces in the starting lineup, that feels unrealistic.

The peak we got at Josh Rosen last fall was enough to convince the decision makers that he wasn’t the answer. The goal for this year? Make sure whatever flashes you get from Tagovailoa have you confident that he is what Rosen couldn’t be — the long-term answer at quarterback.