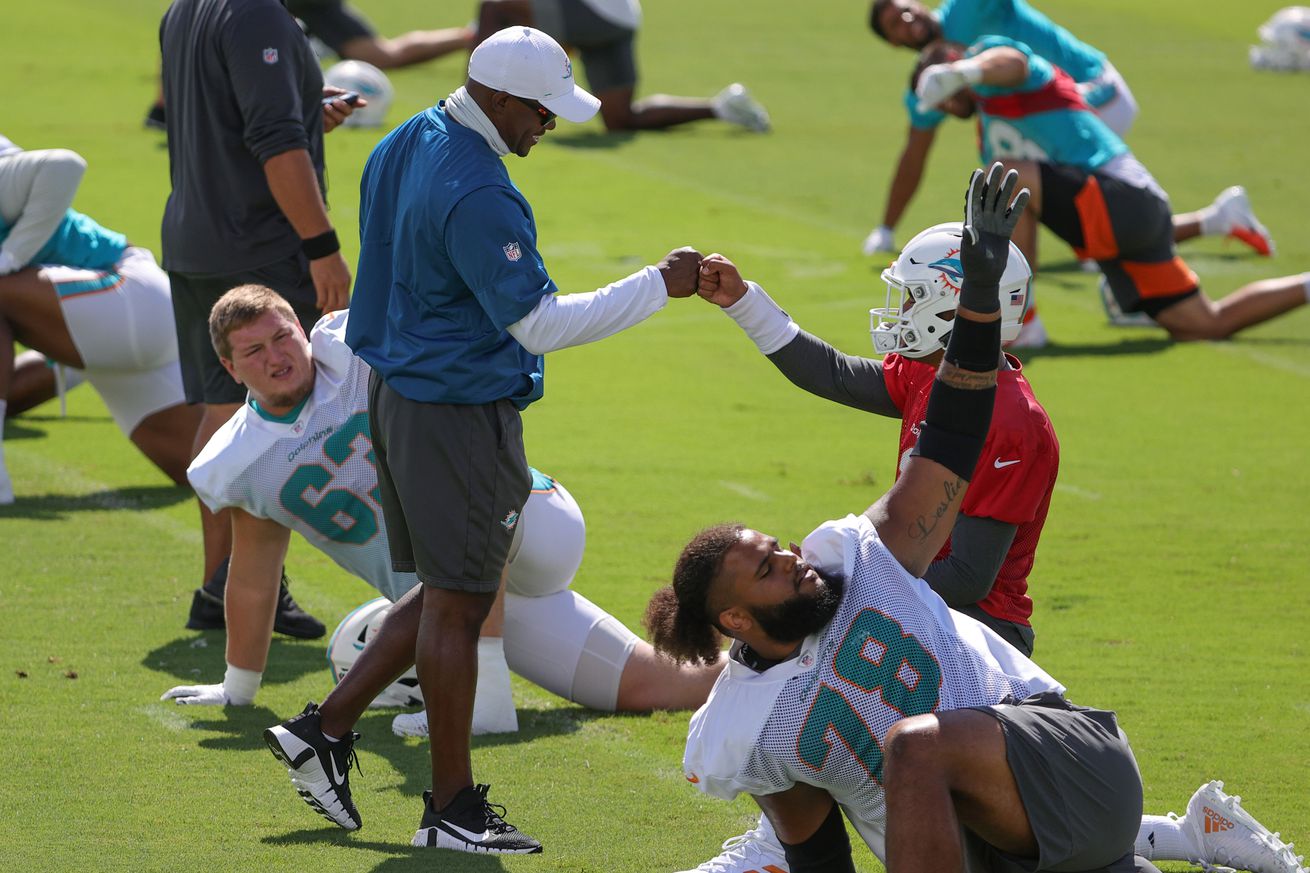 It’s time to acknowledge what most of us were probably thinking the past couple of weeks, but perhaps didn’t want to come right out and say. Dolphins head coach Brian Flores took a huge gamble when he named Tua Tagovailoa the starter at quarterback three weeks ago, and that gamble, at least thus far, has paid off handsomely.

And when I say that, I don’t mean in terms of the young quarterback getting injured; I was never really worried about that. Any NFL player, at any position, is always at risk of injury, but the team medical staff examined Tagovailoa and gave him a clean bill of health, so I wasn’t worried about his hip. The gamble I’m referring to is that Miami could very easily have come out and lost both games, at home against the Rams and on the road against the Cardinals. After all, both opponents were favored to beat the Dolphins, and it’s hard to believe the Vegas betting line would have moved all that much in the opposite direction even if Fitzpatrick had still been starting at quarterback. Since the Dolphins were already playing well before Flores made the change, there was of course some inherent risk in making that move.

However, as Pro Football Talk’s Mike Florio said not long ago, Brian Flores coaches for this week, this minute, and if he put the kid in at quarterback just seven games into the season, you can bet it was because he thought Miami would be more likely win with #1 lining up under center. A ten game audition? Hardly. With two of the toughest games the Dolphins figured to play this season now in the win column, a ten game playoff run seems more likely. Of course, the reason making a switch to a rookie QB when the team is already playing well is a gamble is because once you put him in, you can’t really yank him out again. If Brian Flores were at a casino, he’d be cashing in a huge pile of chips right now, because after these past two games, we’d be hard pressed to argue with the move.

If the Rams game was Tagovailoa’s baptism by fire, last Sunday’s shootout at Arizona was his coming out party, and he seemed to singlehandedly will the Dolphins to victory on those last two drives in the fourth quarter. He went through his progressions like a seasoned pro, made precision throws and scintillating downfield runs, and he did it all with swaggering, swashbuckling panache, all the while grinning from ear to ear like the little leaguer he once was, on the schoolyard fields of Oahu a decade and a half ago.

The Dolphins hadn’t won at Arizona since Week Two of the 1996 season, in just the second game of the Jimmy Johnson era. It was a Sunday night game on TNT, but not not nearly as entertaining as Sunday’s barn burner. The list of rookie NFL quarterbacks who have won their first two games is a short one; the question now becomes whether the kid can make it three in row against Justin Herbert and the San Diego Chargers. What do you think, guys?