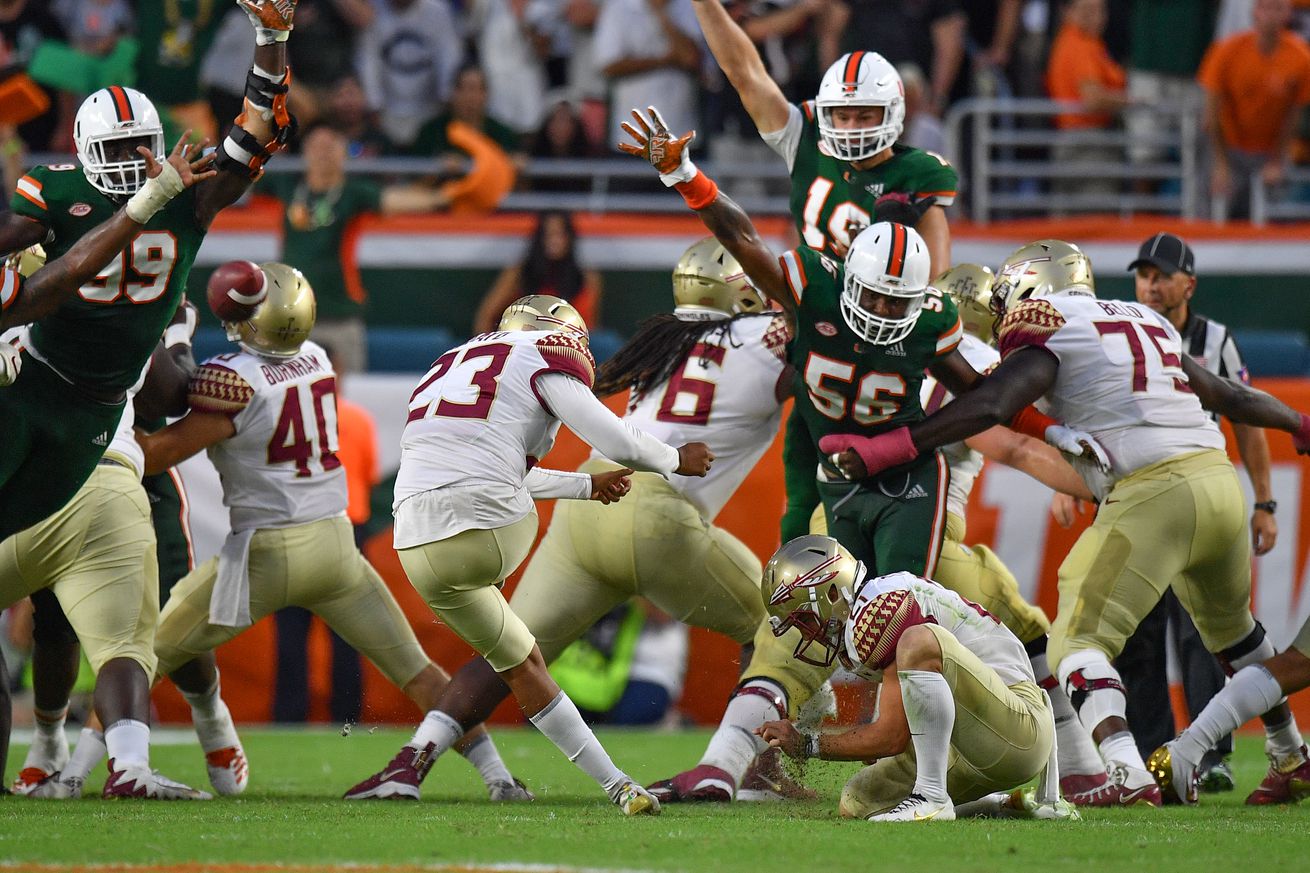 The number 12 ranked Miami Hurricanes will host the unranked Florida State Seminoles today in their annual rivalry at Hard Rock Stadium. The Seminoles come into this weeks game 0 and 1 and without their head coach. Mike Norvell, the Noles first year head coach recently tested positive for Covid and currently self quarantining. The Noles show up in South Florida as 11 point underdogs which even as a Canes fan is a line that seems huge given the past between these two teams. Florida State may also not be as bad as their record or lack of ranking might lead many to believe as their first loss was by three points to Georgia Tech that seems to play just about everyone tough.

Miami enters the game in a bit better shape after defeating number 18 ranked Louisville last week to go 2 and 0 on the season. Of course records do not always tell the whole story of this long time interstate rivalry as these two teams will not only be playing their hearts out for the pride of claiming victory over their in state rivals but also because many of the players from the two teams always know each other well from either years of playing together or playing against one another in high school. I don’t know that this is a throw out the records kind of game but I would also be hesitant to predict the same blow out that they odds makers seem to think is coming.

The two things to watch for this week is will Miami be able to continue to dominate with it’s up tempo offense against what should be a motivated Seminoles squad and will the Noles exceptional ability to block kicks hurt Miami? The Noles were able to block two field goal attempts last week as well as an extra point attempt.