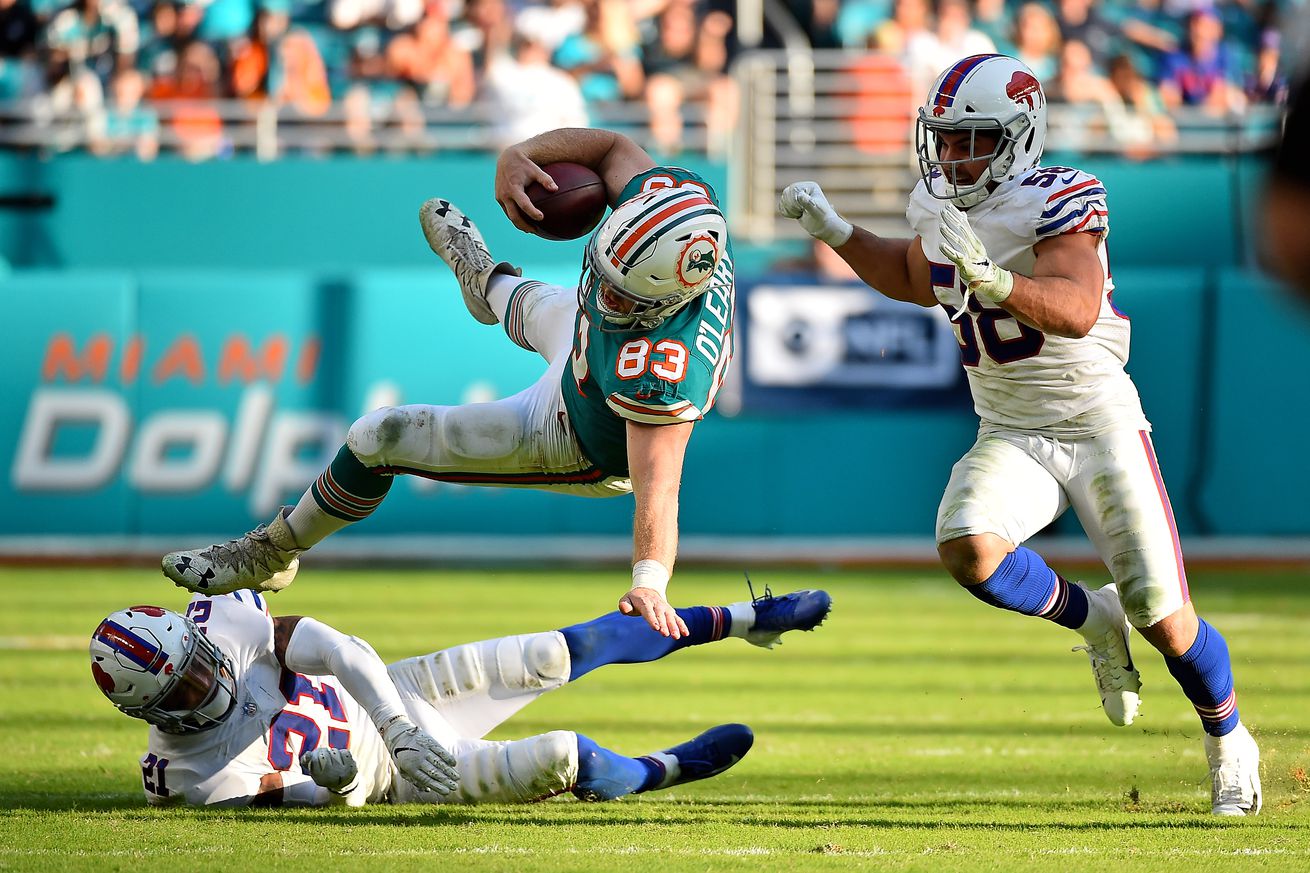 O’Leary is hoping to return to the gridiron after health scare.

Nick O’Leary, who started nine games for the Dolphins over a 13-month span, was diagnosed with 100 percent blockage on his right side, but is expected to make a full recovery following two procedures.

According to the Palm Beach Post, O’Leary had an angioplasty on May 19 to reduce a 100 percent blockage of an artery. There was no damage to his heart and he should be able to return to football next year, according to doctors.

“I feel good,” O’Leary said on Monday. “I feel better than I did before. I’ve got to be on blood thinners for six months to a year. That’s really the only reason now why I can’t play football. If I (got cut), they said that would be the biggest problem, wouldn’t be able to stop the bleeding.”

O’Leary said he felt pain that moved from his left arm to his chest while working out, then again while playing pickleball.

“I said sarcastically to my brother there’s something wrong with my heart, I don’t know what it is,” he said. “I happened to go to the hospital, and they told me it was a heart attack.”

O’Leary spent three nights at Palm Beach Gardens Medical Centers. He can work out lightly and is building his way up before preparing to play football.

The Dolphins signed O’Leary to the practice squad in Sept. of 2018 and he hit the field on Oct. 7 against Cincinnati. The 27-year old spent half of the 2019 season with the Dolphins, before heading to Jacksonville.

The former Florida State Seminole signed with the Las Vegas Raiders on April 6, but was placed on the reserve/non-football injury list on May 28.

“If they still give me the opportunity to play next year, I’d love to,” O’Leary said.

O’Leary, the grandson of six-time Masters Tournament winner Jack Nicklaus, established himself in the NFL as a consistent blocking tight end.

Nicklaus was at O’Leary’s first game with the Dolphins, which was an overtime thriller against the Bears.

In fact, O’Leary brought in a touchdown and caught four passes that came his way on the day.

Dolphins win! @MiamiDolphins win in OT!…
And as a family footnote, my grandson @NickOleary35 caught his first pass as a Dolphin and his first TD! Way to go Nick! Way to go Fins! pic.twitter.com/FZnzowRoaU

2011 #AllAmerican Bowl TE Nick O’Leary scores his 1st touchdown as a member of the Dolphins. #FinsUp