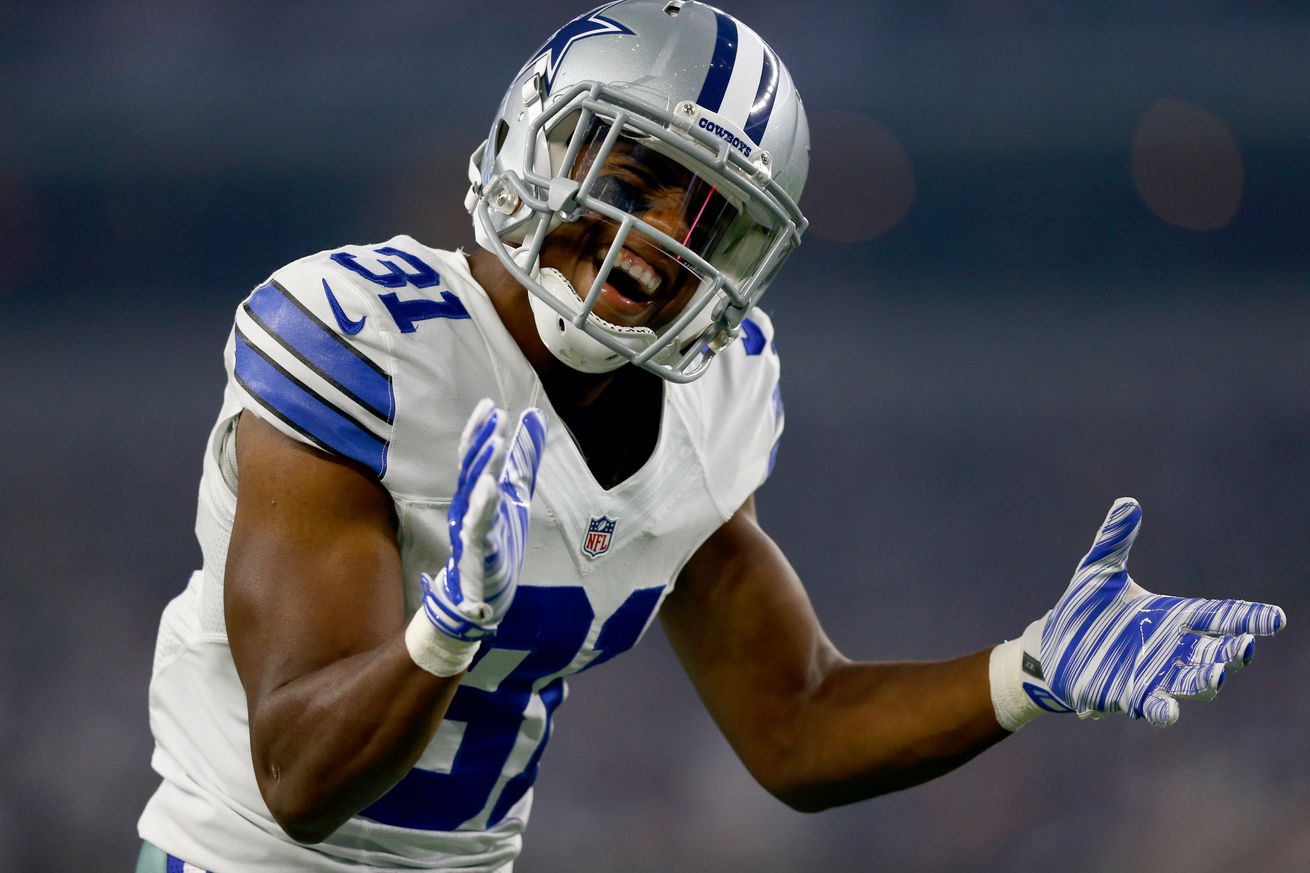 Today, the Dolphins allowed their latest free agent signings to meet with the South Florida media. Better yet, they let some writers from various blogs and other websites join in on the festivities. After all, with everything going on in the world, these were not done face-to-face as they usually would. Instead, each player would meet the media through a Zoom meeting.

Here are some of the things we learned about Miami’s latest signings.

All transcripts can be found HERE

When you get a chance to listen to each player speak, one of the first things they say brought them to Miami was Coach Flores and how well respected he is around the NFL. Next, they mention their ability to win games down the stretch, when MANY thought they truly were tanking.

It was awesome to get to listen to these player interviews, and there’s a lot to takeaway. But here are some of the best quotes from Miami’s latest signings and what they can bring to the Dolphins in 2020 and beyond.

(I wanted to ask you about coming to the Dolphins. In the league, players make their choice based on opportunity and salary. You also have a former coach in Brian Flores, so how much was this decision based on Brian Flores and how much of it on playing opportunity and salary?) – “Through the process, it was all good. Just being a former player for him in New England and knowing what he’s about and stuff like that, it just felt comfortable to come and whatnot. Just knowing how good of a leader he is on and off the field, how much he cares about you as a player. Ultimately it went into my decision to become a Miami Dolphin and I’m 100 percent all the way in. I can’t wait to get down there and get started.”

‘#1 reason coach flores made me feel so comfortable. knowing the type of leader he is, and the staff. I’m 100% bought in. I love that I’m a Miami Dolphins – roberts on why he came to miami

(What are your thoughts about this group of free agents that you are a part of? It’s a large group. The Dolphins obviously made a big investment. What kind of impact do you think you all collectively can make?) – “It’s been great. I know a lot of guys coming in. Kyle Van Noy, Elandon (Roberts) obviously from the Patriots. I played college football with Clayton Fejedelem, and then we were in rookie camp together with Kamu Grugier-Hill, so a lot of familiar faces. A lot of talent coming in. I know Shaq Lawson from Combine training. So I’m looking forward to getting to work with these guys. It’s going to be an exciting year. I’m pretty pumped up. Obviously I’m just going to focus on what I need to do to help the team win some games and that’s working hard however I can and getting to know these guys and mesh together as a team. It’s kind of like a whole other class coming in. It’s pretty exciting stuff.”

‘ smart, tough coach. prepares to win and brings in guys that share his vision and toughness…I’m very much looking forward to playing in his organization.” karras on stone cold brian flores

We all know the premier FA the Dolphins signed this offseason was Byron Jones, a true shutdown cornerback that will play opposite of Xavien Howard in Brian Flores attacking defense. When asked what it was that brought him to Miami, Jones had this to say:

“What really brought me to Miami was the idea of joining a young team and being a leader on that team and kind of being a catalyst for cultural change and helping this team win. They’ve got a bunch of ballers on that roster and really with the prospect of drafting a lot of dope players, and we’ve also brought in a bunch of different free agents across the league. I wanted to be a part of the building of something special and more than anything, just being that guy – a guy that people look up to in the locker room to lead them in the right direction, really. I’m looking forward to playing with all my teammates, but especially to play across from another guy who’s a top-tier corner. I think that’s going to be a cool little duo for us.

‘he’s a young coach and i love that. he’s got young energy. i hear he’s intense and likes to create intense situations. i heard a lot of good things about him throughout the league.’ jones on flores

(Why the Miami Dolphins? Why the decision for the Dolphins?) – “I just thought it was a good opportunity for me. I feel like this is an up-and-coming team. I’ve heard from people about the exciting things they are doing. I know a lot of people were trying to say they were trying to not be competitive last year but they beat a few good teams last year late in the season. I definitely feel like this is a team that’s on the rise.”

When asked what he learned about the Dolphins in 2019 when Philadelphia played them.

“umm, i learned a lot of people said they weren’t trying. and the dolphins were going to be an easy win. it showed that they had a lot of fight. they kept fighting and fighting and they pulled one out.” jordan howard on what he learned from playing the #dolphins last season

(How did the Dolphins happen for you? How did this come together and did it happen pretty quick?) – “Once free agency started, the Dolphins were on me hard. Other teams wanted me, too, and I just felt at home with the Dolphins because I’m always in South Florida because I train out here during the offseason, so I just felt wanted by the Dolphins and I’m excited to play for (Head) Coach (Brian) Flores. I can’t wait.”

“he’s a defensive coach. he inspires his players. he came from the patriots and he knows how to win. i’m just excited to come out here and help my team win. i’m excited to be coached up by one of the best” ogbah on what made flores and the #dolphins attractive

(What was it about Head Coach Brian Flores and the Dolphins that caused you to want to come here in free agency?) – “That’s an easy question to answer. Just, I respect him as a coach, what he brings to the table, what he’s all about on the field and off. As you guys have grown to know him a little bit better, I feel like you guys are getting a sense of how he is as a person and as a coach, and you probably kind of wish you could play for him if you played football. Just the type of attitude he has, the grit he has, the competitiveness he has. I mean, who doesn’t want to play for a coach like that? He’s ready to go all the time, and he brings that same energy each and every day. That’s what you want as a coach; and as a player, that’s who I want to play for.”

‘i envision i’ll be playing everywhere, like i have been. i’m a football player. -kyle van noy

(Speaking of offensive line, that’s been a position this organization has been trying to upgrade for a few years. In your experience, what are the two or three keys to successful offensive line play?) – “Preparation. And that’s from the coaches to the players, in both aspects – being on the same page and preparation. I would say putting the work in, really. Most of the o-line play is muscle memory. There are a whole bunch of things that come into it. I really learned this past year playing next to a Pro Bowl guard, seeing what he does and what he does for his preparation. This past year was my first time – this past year, I was on the line with such good players. You kind of see what makes them so good and what makes the room pretty good. There are a lot of things that go into that. I’d say preparation is the number one thing. Then it’s going out doing what you practiced, really. It’s one thing to practice and then go out there and actually do what you practiced.”

(You know who you guys have gotten as far as pass rushers. Do you have any idea how this pass rush is going to look when it takes the field?) – “No, not yet. We’ve got guys. They came from programs that had successful numbers last year. Kyle (Van Noy) had a great year. (Emmanuel) Ogbah – I don’t know how to pronounce his name, but I know that’s my teammate – had a great year. So putting us all three on the field, we can be something special; but that’ll take time. We’ve all got to be on the same page because we’ve got to think about it. We’ve never rushed with each other and things like that, so it’s going to take time; but we’ve got three great guys to go rush the passer. It could be special.”

lawson mentioned his relationship with marion hobby having an impact on him signing in miami.