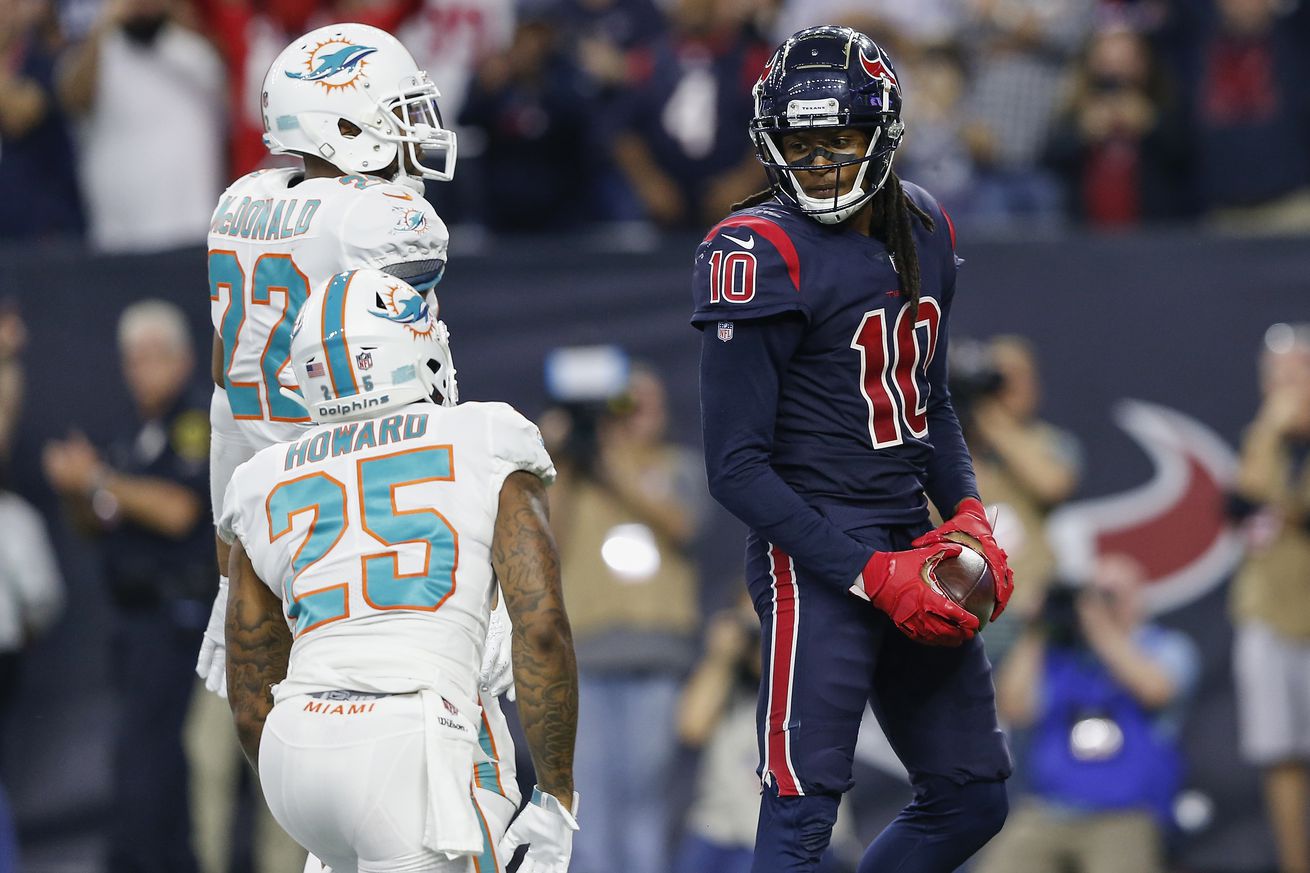 There will always be those who insist that luck shouldn’t be part of the conversation when we’re talking about our favorite football team. Good teams, they say, make their own luck, create their own opportunities and select good players. And while it’s certainly hard to argue with that assessment, let’s face it: no team that ever won a championship, in any sport, did so while having bad luck. Virtually the entire Miami Dolphins’ offensive line (three of five starters) was wiped out in mid 2013, because their first choice at offensive tackle in the 2012 draft, Georgia’s Cordy Glenn, was snapped up by the Buffalo Bills with the 41st overall pick in the second round that year, leaving Miami with the next best guy on the board, Stanford’s Jonathan Martin, whom they chose with the 42nd pick. As everyone knows, Martin would eventually collapse under the pressure of being a starting NFL player, and when he melted down, left the Dolphins and took fellow starters Richie Incognito and John Jerry with him, in October 2013, it decimated Miami’s offensive line and spurred the eventual rebuilding project that, seven years later, is just finally beginning to gel. Just on the basis of having a pick one spot ahead of the Dolphins, Buffalo got a stud lineman who would go on to start 95 games in his career and even provided a bargaining chip six years later, in the 2018 draft, which helped the Bills move up to the pick with which they selected quarterback Josh Allen. The Dolphins became the laughingstock of the entire NFL and were relentlessly attacked by the press for months after the ‘BullyGate’ incident.

The Dolphins have a long history of losing out on key players in the draft, because other teams knew they had a crying need at a given position, and the ideal player to fill that need was sitting just ahead of where Miami was picking. All it took was a quick phone call to the GM of a team picking in front of the Dolphins, and for a late round selection or two, a team could move up and snatch that player away from us. This is why Chris Grier created such an elaborate smoke screen ahead of time this year, to make it more difficult for other teams to employ that strategy. So, in that case, at least, Miami was able to help themselves by making their own luck.

But there’s more to having bad luck than just the product on the field; gun shy fans who’ve grown weary of being burned in the past, are understandably leery of jumping on the bandwagon too soon, lest they get burned once again, like Charlie Brown used to, when Lucy pulled the football away, just as he was about to kick it. ‘Same old Dolphins’, ‘We’re not allowed to have nice things’, etc. Hence, the most popular catch phrase on this site recently has been, ‘Tap the brakes’. We can tap the brakes all we want, but go check out the number of views the game against the Jacksonville Jaguars a week ago has gotten on YouTube; as of this writing, nearly two million people watched the highlights from that game. For most of the past twenty years, that would have been unthinkable. Can you hear that rumbling sound? That’s the popularity of the Miami Dolphins blasting off into orbit.

So, why is this happening? Why is it that, after two decades of futility, mediocrity and frustration, the Dolphins suddenly find themselves among the NFL’s most popular teams, after losing two of their first three games, no less? I would guess it’s because a lot of folks believe this team is brimming with young talent and is positioning itself to be very competitive for a long period of time. That’s good news; what’s more is that, for the first time in quite a while, not only are the Dolphins being well managed, they’re also having some good luck to to go along with that managerial prowess. We’re three weeks into the 2020 season, and there are only five winless teams in the league, the Houston Texans being one of them. As I’m sure you’re aware, the Dolphins, by virtue of the Laremy Tunsil trade, own both Houston’s first and second round picks next April. If the draft were held tomorrow, Miami would be picking fifth in round one. Not bad for a team that looked like it didn’t have any hope at all just twelve months ago.