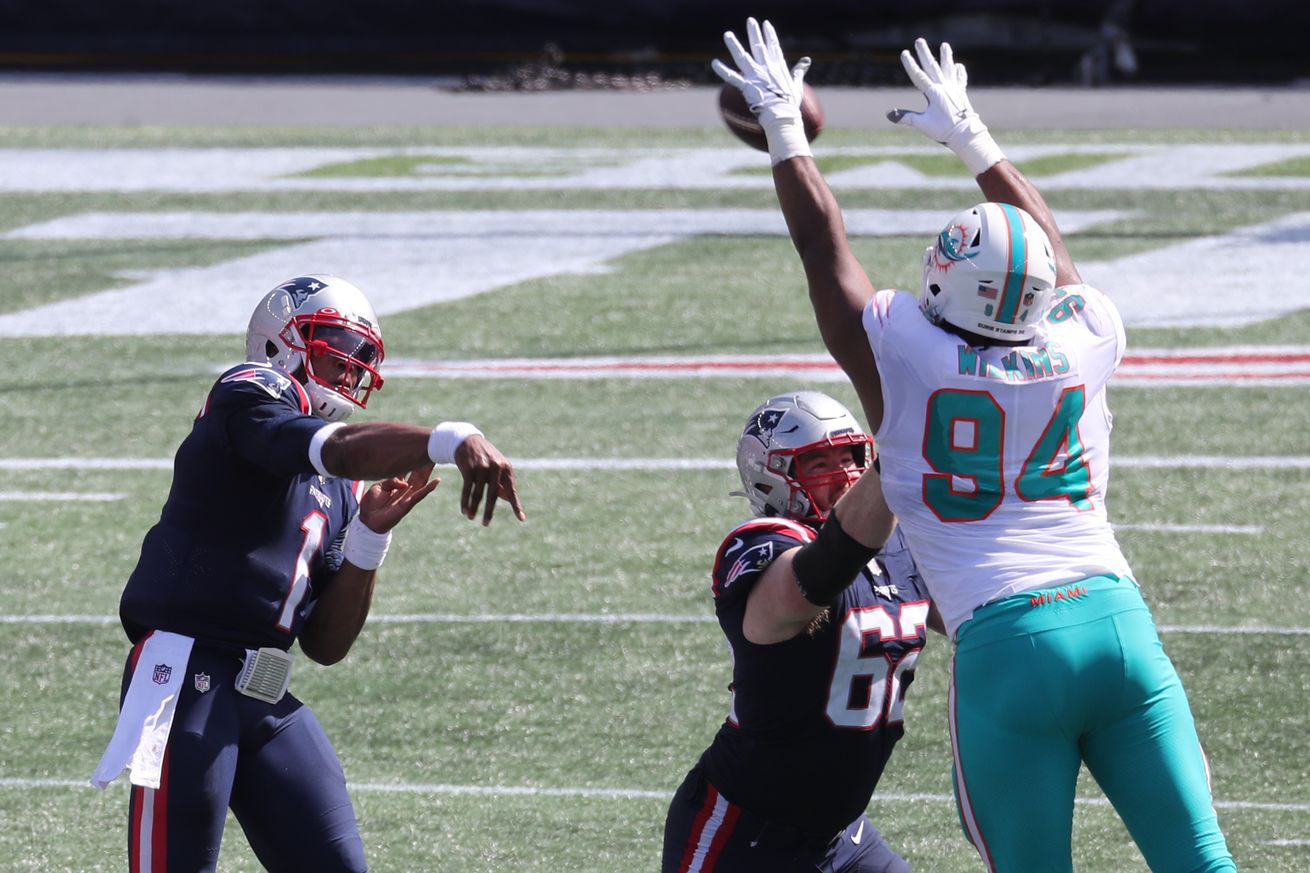 Although it would have been nice to come away with wins at Gillette Stadium in back to back years, the Miami Dolphins and their fans should be encouraged by the team’s overall performance in Sunday’s loss to the New England Patriots in Foxborough on Sunday.

The newly revamped offensive line, which had a new starter at four of the five positions, including two rookies, has to be at the top of the list of reasons for optimism. First round pick Austin Jackson, who started at left tackle, looks like a future star. Like fellow rookie Solomon Kindley, who saw his first action as a pro at right guard, Jackson looked like he belonged. That the line as a whole only allowed one sack, despite the offense throwing the ball thirty times and trailing for virtually the entire game was a small miracle.

While it was discouraging that Miami couldn’t slow down New England’s rushing attack, especially when they knew going in that Patriots’ quarterback Cam Newton was going to run quite a bit, new defensive coordinator Josh Boyer’s defense is still developing and has a lot of new starters learning how to play together in this defense. Linebacker Jerome Baker and defensive lineman Christian Wilkins, in particular, played well, and I look for this unit as a whole to become much stingier as the season moves along. Any time your team surrenders more than 200 rushing yards, however, there aren’t many moral victories to be had on that side of the ball.

Meanwhile, to the guys who’ve been crowing that the Dolphins’ receivers were overrated, and offering up Sunday’s passing game as at evidence, let me ask you a question: how can any position group, on any NFL team, be expected to turn in a dominating performance when they’re missing their top two players from that unit? Let’s not forget, it wasn’t just DeVante Parker who wasn’t available for most of Sunday’s game; Albert Wilson, who is easily one of the Dolphins’ most dangerous offensive threats, opted out of the 2020 season under the newly agreed upon COVID provision at the start of training camp. Suggesting that the Dolphins should have seen this coming, and therefore drafted a receiver is Monday morning general managing at its best. You don’t rebuild an entire roster, essentially from scratch, in one off-season, but I think we should feel good about the players the team has added thus far. That’s the wrap for today, have a great week, everybody.