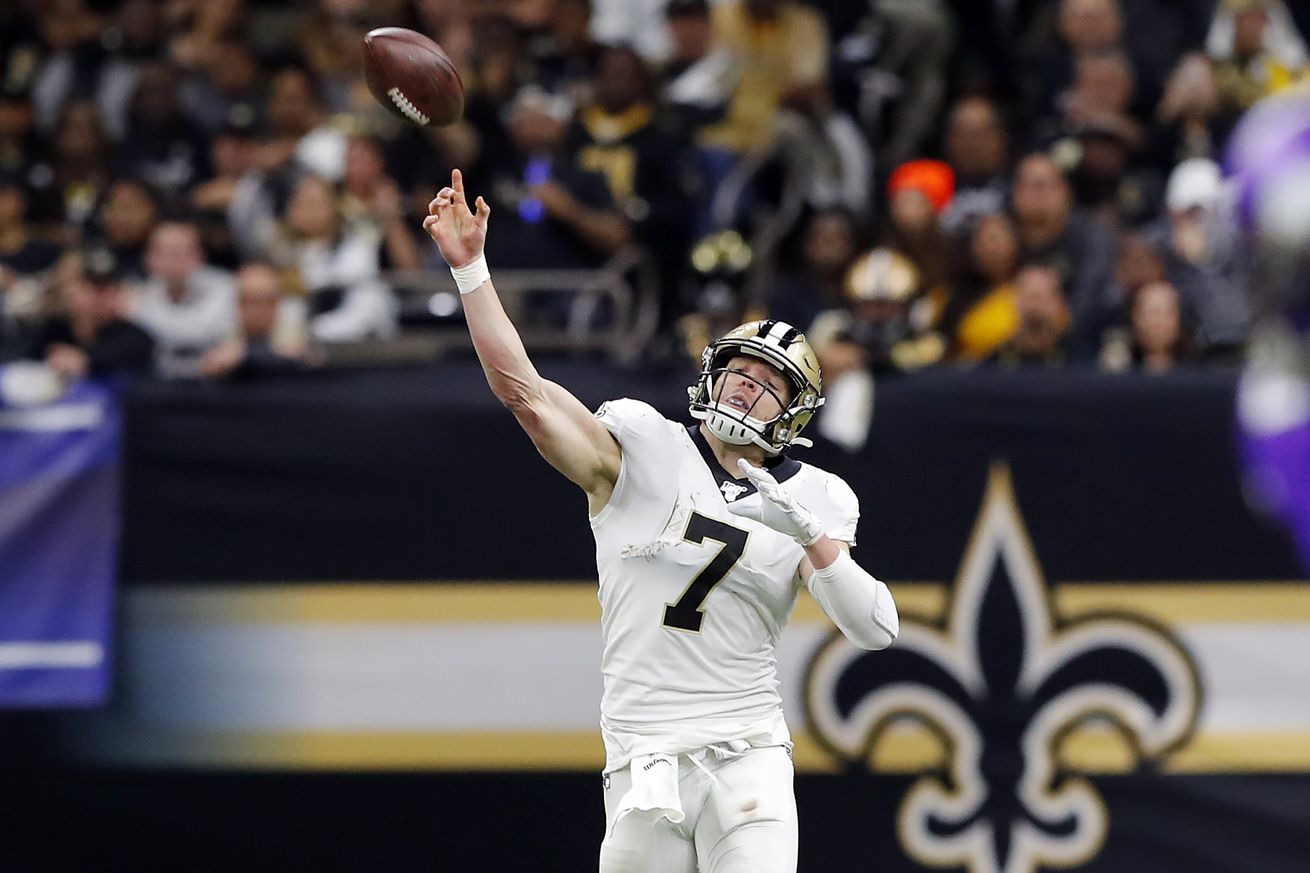 Reports last week indicated the New Orleans Saints were planning to tender restricted free agent Taysom Hill at the first-round rate. It would provide Hill with at least a salary somewhere around $5 million in 2020, while allowing him to still hit the free agency market and see if any team is willing to give him a better deal. The Saints would then have the ability to match the offer sheet, or the new team would sign Hill while sending a first-round pick to the Saints as compensation.

Meanwhile, the Miami Dolphins are looking to use a first-round pick on a quarterback this year. Which has led to some speculation that Miami could look at Hill as a potential option.

A do-everything player, Hill is the definition of the flexibility and versatility the Dolphins coaches crave. He has served as a quarterback, a wide receiver, a running back, and even on special teams. He is not the typical quarterback, but he is still a quarterback who could bring a lot of options to a team.

In his career, Hill has thrown for 119 yards with an interception on 6-for-13 passing, while rushing for 352 yards on 64 carries with three touchowns, caught 22 passes for 238 yards with six touchdowns, returned one punt and 15 kicks, and blocked a punt. He has played three seasons, all for the Saints, after originally being signed as an undrafted free agent by the Green Bay Packers.

Does all of this make Hill a potential target for the Dolphins? Should he be considered for one of Miami’s first-round picks this offseason?

The answer should be a simple but resounding no.

They do not need a soon-to-be 30-year-old quarterback who has never been a starter and has thrown only 13 passes in the NFL in exchange for a first-round pick.

Hill is a fun player and the Saints are using his versatility to find success. There is a reason he is their third-string quarterback behind Drew Brees and Teddy Bridgewater, however. He is not a polished passer. He can play quarterback, but he needs time to become a franchise quarterback. At 30, he has lost eight years of his prime as a quarterback.

Miami needs those eight years in exchange for a first-round pick.

The Saints are doing great things with Hill. He is exciting and fun to watch. He is someone who can be electric whenever – and wherever – he is on the field. He is not, however, the franchise quarterback the Dolphins need.

Hill is not worth a first-round pick.