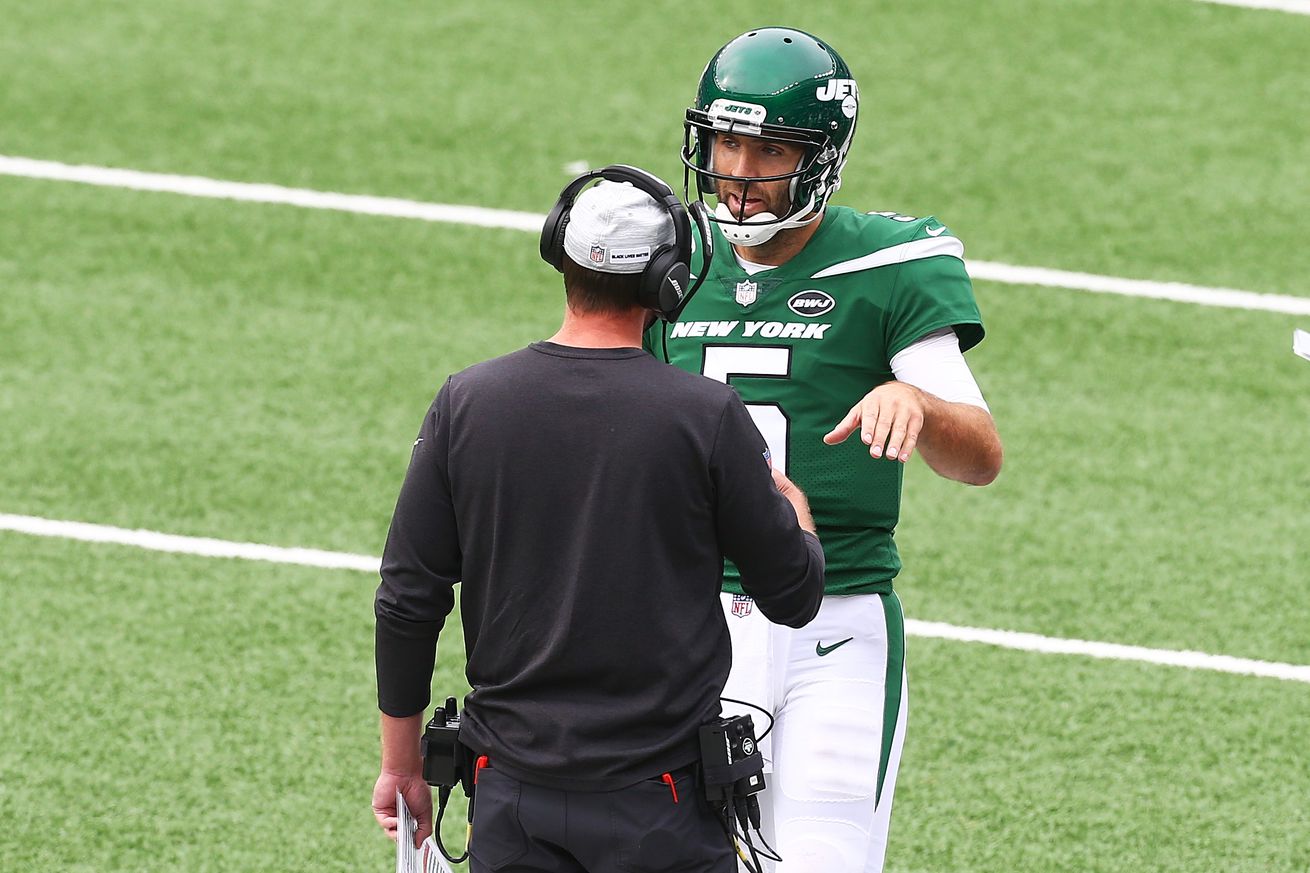 The Miami Dolphins host the New York Jets this afternoon in a Week 6 contest that was moved up from its original Week 10 scheduling. Miami was supposed to have two straight games against the Jets, with their bye week between the matchups, spanning the Week 10 through 12 portion of the schedule. Now, after the league shuffled the schedule when the New England Patriots began having positive coronavirus tests, Miami will have a chance to return to .500 on the season, then head into their new Week 7 bye week.

The Jets come into this game struggling to find any sort of identity and with roster changes happening. The team released running back Le’Veon Bell this week, while they see Joe Flacco start at quarterback for the second-straight week after starter Sam Darnold sustained a shoulder injury. Head coach Adam Gase has his hands full, and it is looking more and more like he could be headed out the door as the Jets continue to flounder.

What should we be watching for this weekend for the Dolphins? We take a look at five top players/story-lines for today’s game.

1. Miami as a favorite

The Dolphins are a team that is rising in the NFL. After tearing apart the roster last year, restting the team, getting younger, and positioning them to truly rebuild a franchsie that has struggled with medicority since Dan Marino retired after 1999, they appear to be headed in the right direction. The Jets, meanwhile, appear to be falling apart and are currently among the worst teams in the league. It has led to Miami being listed as a 10-point favorite for today’s game, the first time they are a favorite under head coach Brian Flores, and the first time they have been a double-digit favorite since early in 2016. The Dolphins have to come out and play like they did last week at the San Francisco 49ers, where the dominated the defending NFC Champions in route to a 43-17 victory, to put the Jets away early. Assuming they are going to come away with an easy win against a division rival and their former head coach coud be a recipe for disaster. How will the Dolphins look knowing they are a favorite?

It seems like every time Sieler is on the field this year, something good is happening for the Miami defense. He was claimed by the Dolphins in December of 2019, then re-signed with Miami in the offseason. He has ten tackles and 1.5 sacks as a depth defensive end. Shaq Lawson is questionable with a shoulder injury that kept him limited in practice all week. Sieler, who told the media this week that he lives in a fifth-wheel RV during the season, could see additional playing time this week, and if the good things continue when he is on the field, he could have a dominating performance. Can Miami’s pass rush issue become a thing of the past with Sieler seeing more action?

Last week, wide receiver Preston Williams looked like the early 2019 Preston Williams that had Dolphins fans excited about a steal of an undrafted free agent. Mid-season, Williams sustained an ACL tear and missed the rest of his rookie campaign. Early this season, Williams was healthy enough to play, but he was never able to look like the rookie version of himself. That is until last week, when he caught four passes for a game-high 106 yards and a touchdown. He was physical, he was fast, and he was cocky. He looked like a number one receiver, and the ball found him. If Williams is now trusting his knee, Miami’s aerial-attack, with Williams joining DeVante Parker and Mike Gesicki at the top of the depth chart, is going to be a force the rest of the year. Will Williams back up Week 5 with another dominating performance in Week 6?

The Dolphins plaved starting defensive tackle Davon Godchaux on injured reserve this week, pushing the focus in the middle of the defensive line on rookies Raekwon Davis and elevated practice squad player Benito Jones. Godchaux is in his fourth year and is the veteran of the group, despite only being 25. Davis, a 2020 second-round pick, is 23, while Davis, an undrafted free agent signed out of Mississippi this year, is only 22. The middle of the defensive line is really, really young, and they are going to feel the pressure. The Jets will likely run the ball early – then completely give up on the run because, we all know that is the gameplan Adam Gase uses – so Davis and Jones have to be ready to fill gaps and free up the linebackers to make tackles. Can they be effective without Godchaux to lead the way?

5. Can the Dolphins fire Adam Gase for a second time?

Gase served as the Dolphins’ head coach from 2016 through 2018, joining Miami as a “quarterback guru” who led a resurgance of Peyton Manning at the end of the Hall of Fame quarterback’s career and orchastrated the best year of Jay Cutler’s career. He was poised to come to Miami and build Ryan Tannehill into a franchise quarterback. Instead, the Dolphins struggled, never found a true identity, saw their bigger personality players released or traded, Tannehill regressed, and Miami finished 23-25 in Gase’s three seasons. After being fired by Miami, he immediately became the Jets head coach, where he has seen a team that cannot find a true identity, has traded or released their bigger personality players, seen Darnold fail to progress, and the Jets are finished 7-14 in Gase’s one-plus season. If the Dolphins blow out the Jets, could they be the reason Gase is fired from New York?