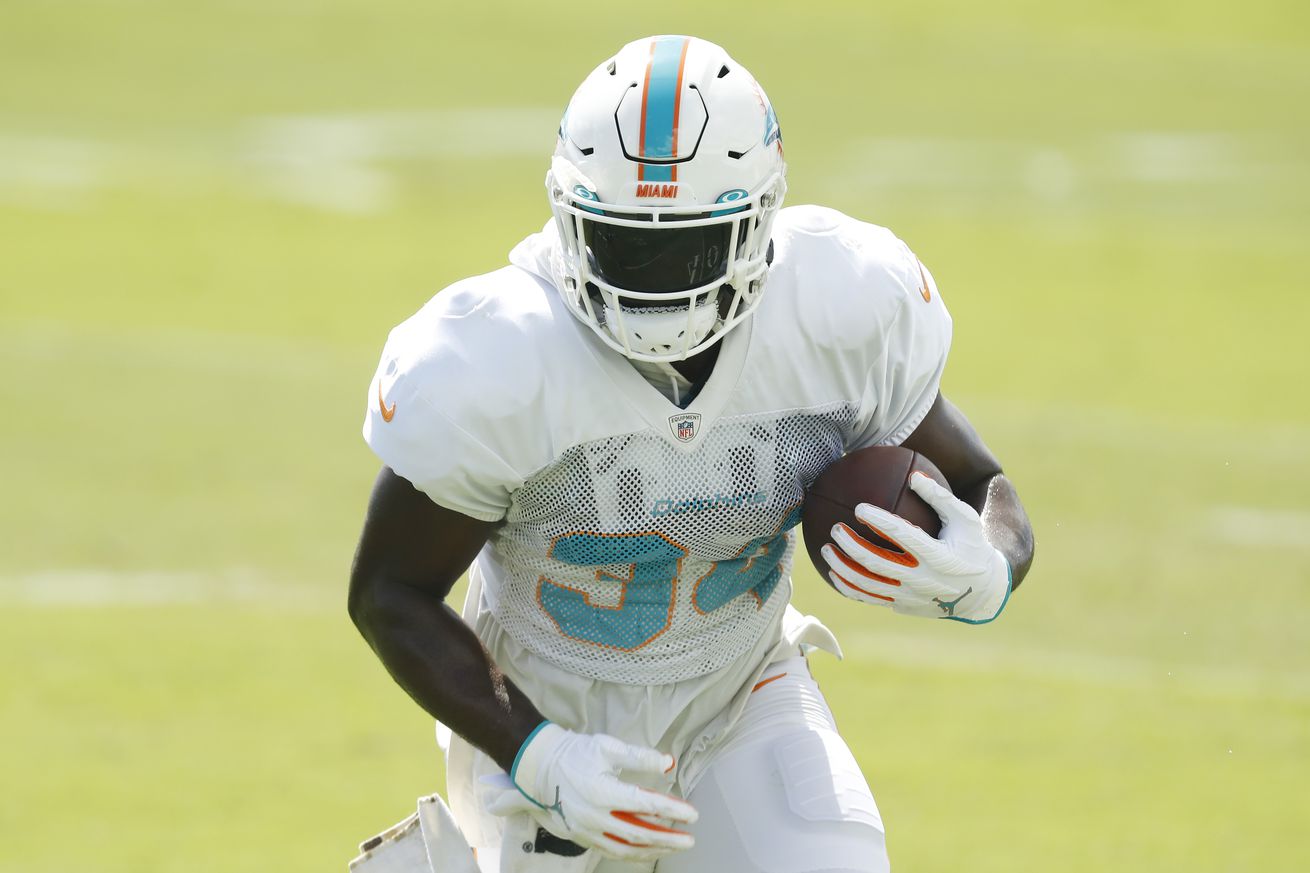 Miami Dolphins running back Jordan Howard has been listed as inactive for the second-straight week, despite the team signing him this offseason as a free agent acquisition brought in to improve the team’s rushing attack. Howard has only gained 14 yards on 18 carries this season, leading to a demotion from starter on the Week 1 depth chart to now third-string and inactive on game day.

Myles Gaskin remains the team’s starting running back, with Matt Breida serving as the second rusher. Patrick Laird will serve as the third active running back on Sunday.

As the Dolphins prepare to face the New York Jets in a Week 6 contest, the team has also listed running back Malcolm Perry, running back Salvon Ahmed, linebacker Kyle Van Noy, and defensive end Jason Strowbridge as inactive. The team elevated defensive tackle Benito Jones to the gameday roster this week, but only had to list five players as inactive due to the team only currently having 52 players on the roster following defenisve tackle Davon Godchaux being placed on injured reserve.

The Jets and Dolphins will kickoff from Miami’s Hard Rock Stadium at 4:05pm ET.