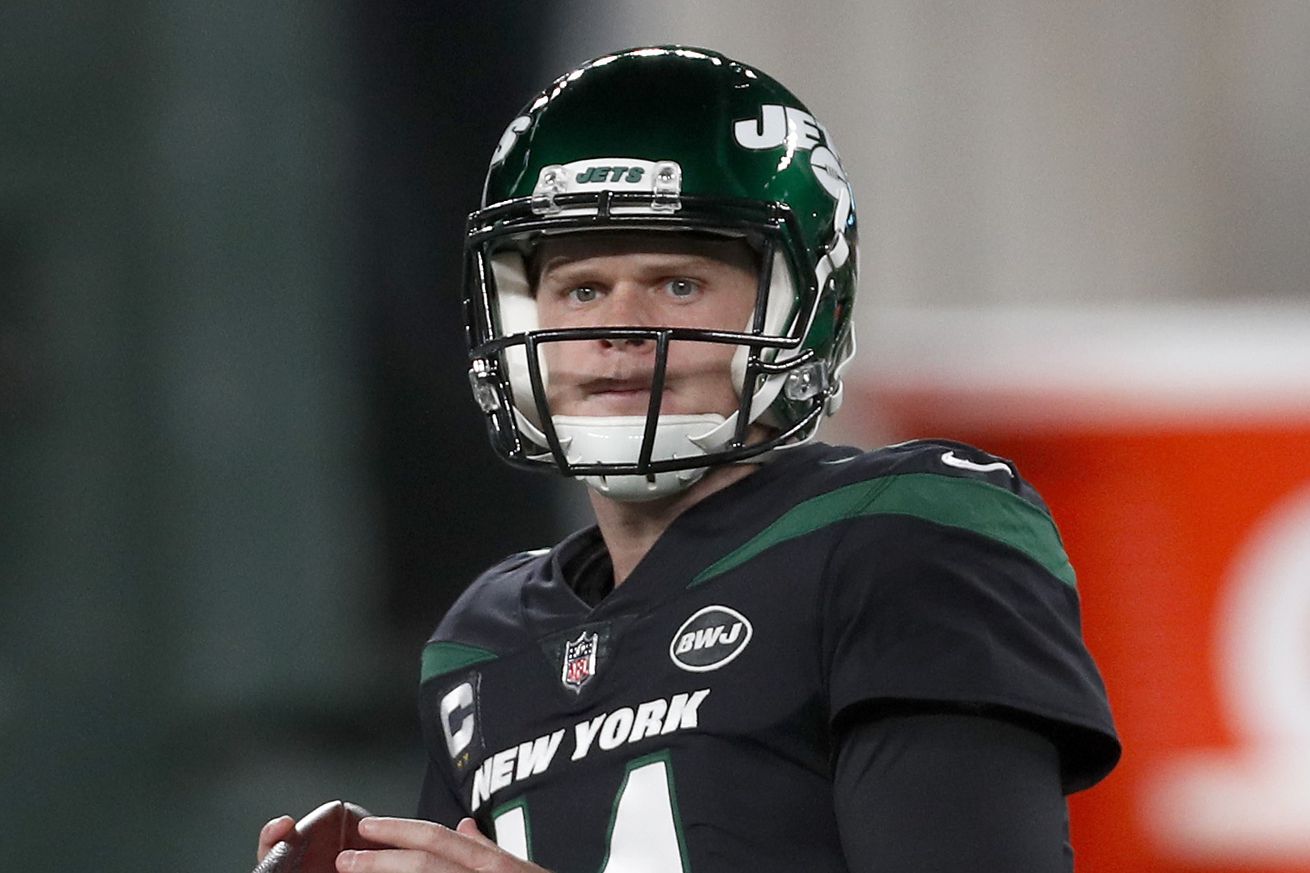 The New York Jets will be without starting quarterback Sam Darnold this weekend when they face the Miami Dolphins. For the second-straight week, veteran Joe Flacco will be under center as Darnold continues to deal with a shoulder injury.

Darnold has a 59.4 percent completion rate this season, throwing for 792 yards with three touchdowns and four interceptions. He has a 5.7 yards per attempt average, the lowest in the league, and a 70.7 passer rating, only ahead of Carson Wentz and Daniel Jones.

Flacco has a 57.1 percent completion rate this year, throwing for 211 yards with one touchdown. He has a 6.0 yards per attempt average, which would tie him with Nick Foles for 32nd and one spot ahead of Darnold if he had enough pass attempts to qualify, with an 84.3 passer rating.

Over at Gang Green Nation, the news of Darnold being ruled out again seems to be meet with a solid shoulder shrug. John B wrote of the news, “At this point I’m not even sure I want to see Darnold back this year. I don’t see what good it would do.”

The Dolphins and Jets will kickoff at 4:05 pm ET this Sunday after the league moved their game from Week 10 in a shift of several games due to COVID-19 issues.