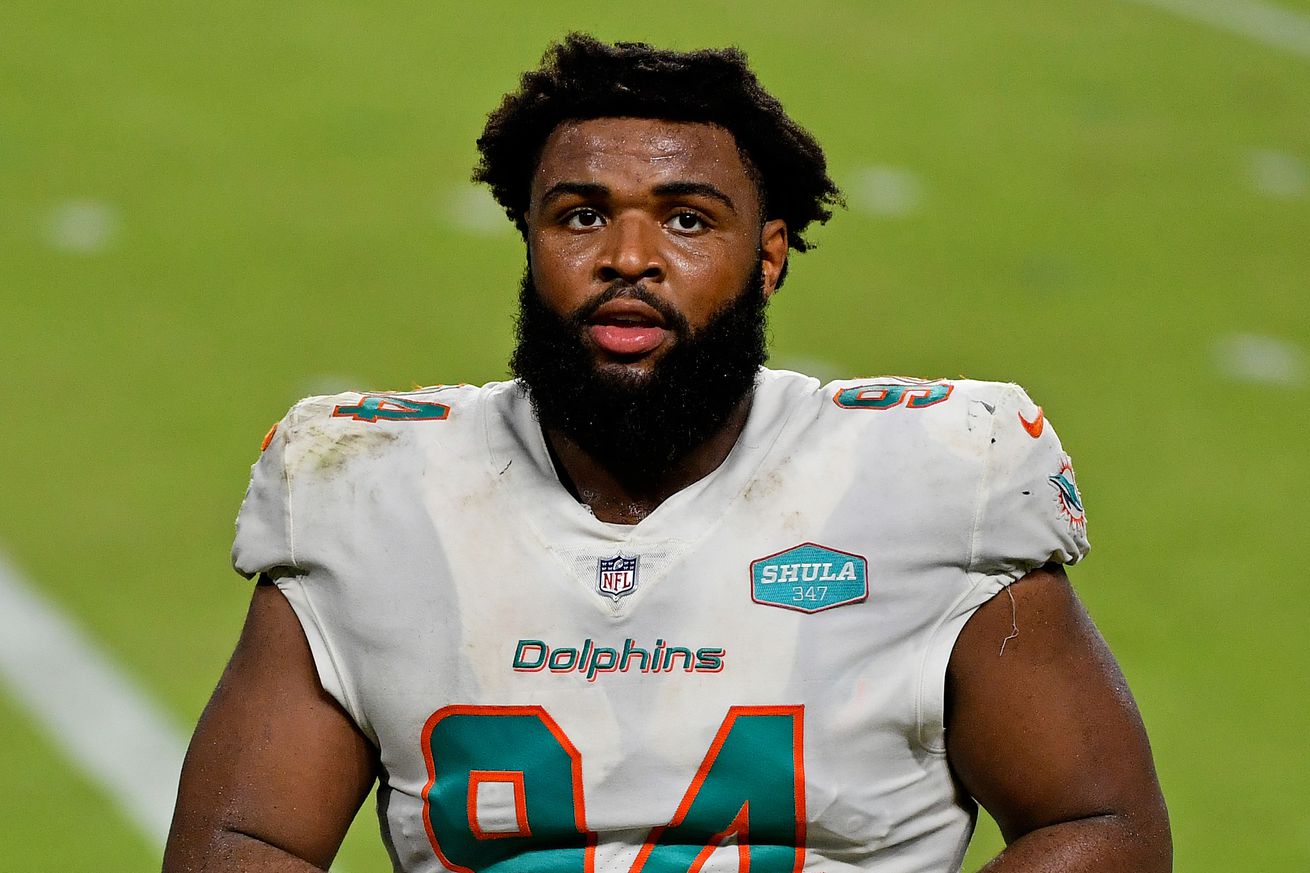 The Miami Dolphins host the Los Angeles Rams this Sunday, but could be doing it without two key defensive starters. The team announced on Thursday the addition of defensive end Christian Wilkins, linebacker Kyle Van Noy, and wide receiver Matt Cole to the COVID-19 reserve list. The designation indicates either each player has tested positive for the coronavirus or has been in close proximity to someone who has.

The move to place the three players on the Reserve/COVID list endangers their availability for Sunday’s game. Under league rules, if they are considered high-risk contacts or tested positive, the players must be away from the team for at least five days and receive negative coronavirus tests. While the designation on Thursday would seem to indicate they will not be available on Sunday, the five-days starts when the players were away from the team, not when the designation became official.

Cole has spent the season on Miami’s practice squad after signing as an undrafted free agent. He likely would not have had an impact on Sunday’s game.

Wilkins and Van Noy, however, are both defensive starters and, if they cannot play, their loss will impact the team. Van Noy played all 69 defensive snaps last week against the Arizona Cardinals and is a key part of the linebacker corps. He will likely be replaced by a rotation of Andrew Van Ginkel, Kamu Grugier-Hill, and Sam Eguavoen should he not be available. Van Noy has 33 tackles, two sacks, four passes defensed, two forced fumbles, and two fumble recoveries in seven games (six starts) this season.

Wilkins may be the tougher replacement for the Dolphins this week. Working as a 3-4 defensive end/4-3 defensive tackle, Wilkins is a critical piece on a defensive line that has already lost Davon Godchaux to injury. Wilkins has recorded 28 tackles, one sack, five passes defensed, a fumble recovery, and an interception this season. Miami could be left with just Zach Sieler and rookie Raekwon Davis as interior options this week, though rookie Jason Strowbridge could see some playing time in the rotation and Miami could promote Benito Jones from the practice squad. Jones has appeared in two games this season as an “elevated” player from the practice squad, with Miami taking advantage of a new rule that allows practice squad players to temporarily be available for a game. That designation can only be used twice on an individual player, with Jones having already maxed out that option. The Dolphins would have to sign him to their 53-man roster should they feel they need him on Sunday.

The Dolphins are on a four-game winning streak and are currently in playoff contention. They face a team this weekend who has shown offensive fire power this year, especially under rookie quarterback Justin Herbert, but have not been getting the results they want this year. They are second in the league in offense with a 420.0 yards per game average, but fall to 17th in points per game at 25.6. Herbert has thrown for 2,156 yards, or a 330.3 yards per game average, this season, as well as added 166 yards on 33 carries. Miami is going to need their defense to step up on Sunday if they want to keep the Chargers from finally putting points on the board to match their gained yardage stats. Not having Van Noy and Wilkins would add pressure to the rest of the defense to fill some large holes.

It was not all bad news on Thursday, however, as the team also announced Lynn Bowden, Jr., had been activated off the Reserve/COVID-19 list.