This offseason, the Miami Dolphins made a concerted effort to improve their offensive line after it was one of the worst units in the league in 2021.

That resulted in former New Orleans Saints left tackle Terron Armstead and former Dallas Cowboys left guard Connor Williams joining the Dolphins roster during free agency. While Armstead will be remaining at his primary position, Williams has been practicing at center, a position that he’s never played meaningful NFL snaps.

During training camp, Williams has had his struggles in getting the ball snapped to his quarterbacks. The snaps aren’t going over their heads, but they’re off enough to be noticeable, and they’ve thrown off the timing of plays a number of times.

Prior to Friday’s session, Dolphins head coach Mike McDaniel was asked about his confidence in Williams’ snapping ability, and the coach backed his player.

“I would be concerned if he didn’t work at it,” McDaniel said. “That is, even with guys that have been doing that for an extended period of time, shoot, Alex Mack last year, that is something that when you’re asking players to do various things post-snap out of the shotgun, you have to kinda learn how to negotiate the accuracy of those. I would be concerned if he wasn’t working at it. I’m very very confident in how far he’s come. He’s earned that because of his ownership of the position that he’s trying to go and take, and I think the rest of the team is pretty confident that that’s not necessarily an issue. There are a lot of snaps that are on target as well.”

It’s not just the work, it’s also the experience of the coaching staff.

“What’s cool is we have a plethora of offensive line coaches, as you guys know,” McDaniel said. “I have first-hand experience with Mike Person, as a player, doing the same thing. Those are things that aren’t lost, that you’re thinking about. It’s been cool. Little known fact, (offensive coordinator) Frank Smith was a center for Ben Roethlisberger in college. We have a good amount of center experience in our coaching staff, and that’s something that players can really lean on and is very helpful. That’s why I haven’t really been that concerned about it because I do have history with moving guards to center and understand the little bumps in the road along the process.”

With former Dolphins starting center Michael Deiter sidelined with a foot injury, the only other true center option for Miami is Cole Banwart at this moment.

Williams will continue to work on the most important aspect of his new position, but if he can’t adjust and do it consistently, many will wonder if it’s just a matter of time before he’s back at guard. 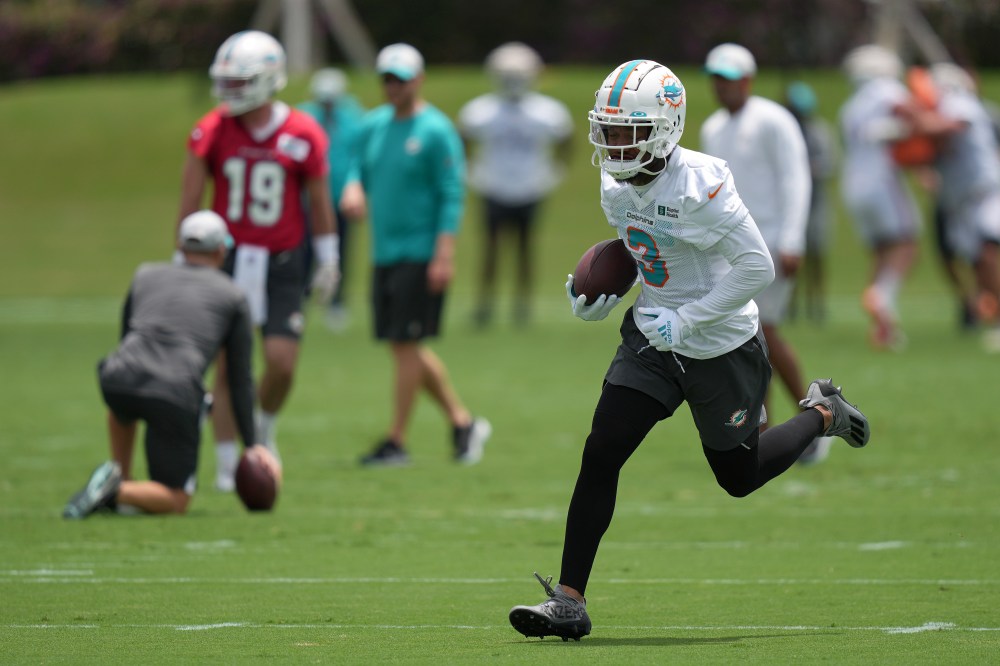