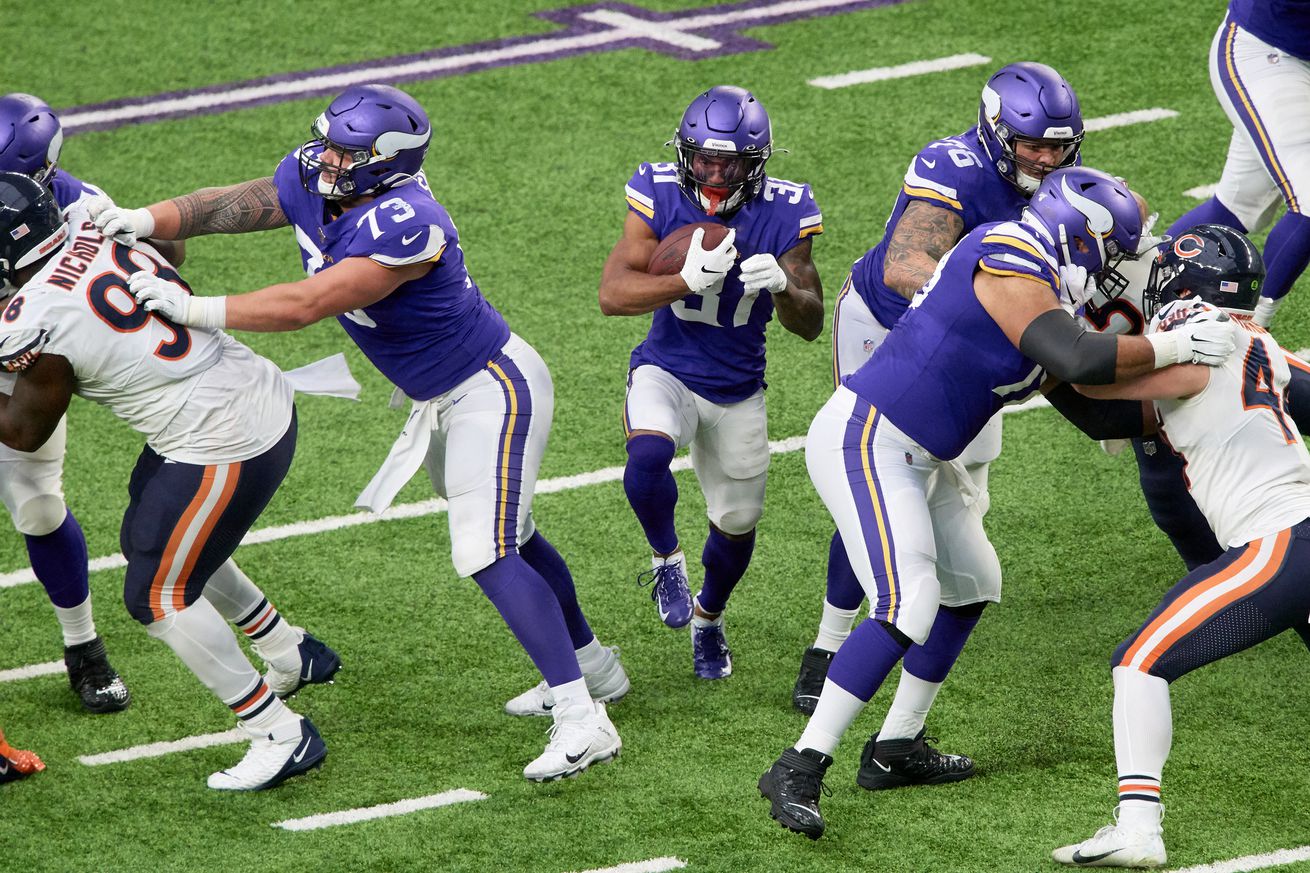 Tonight’s Monday Night Football game features two NFC North teams. The Minnesota Vikings, despite their less than stellar 3 and 4 record and last place in their division are the team coming into this game with a better streak. Okay, it’s a win streak of only two games but by contrast… The Vikings last game was a win over the struggling Detroit Lions 34 to 20. The Chicago Bears also have their own streak only this one is much less positive. Despite the Bears having the better record at 5 and 4 and sitting in second place in their division three of their four losses have come in their last three games including a 17 to 24 loss to the Ryan Tannehill led Tennessee Titans last week.

Offensively the Bears are sitting near the bottom of the league at 29th in offensive production, gaining an average of 338.6 yard per game. In the passing game the Bears are ranked 19th in the NFL, gaining 256.2 per game through the air. The rushing game for Chicago is gaining 82.3 yards per game on the ground giving them the dead last position in the league at 32nd. The Vikings are fairing much better, ranked 9th in the NFL in offensive production with 392.3 yards gained per game. The Vikings passing game is ranked 27th in the NFL with 231.9 yards per game through the air. On the ground the Vikings are churning out an impressive 160.4 yards per game, ranked 4th in the NFL.