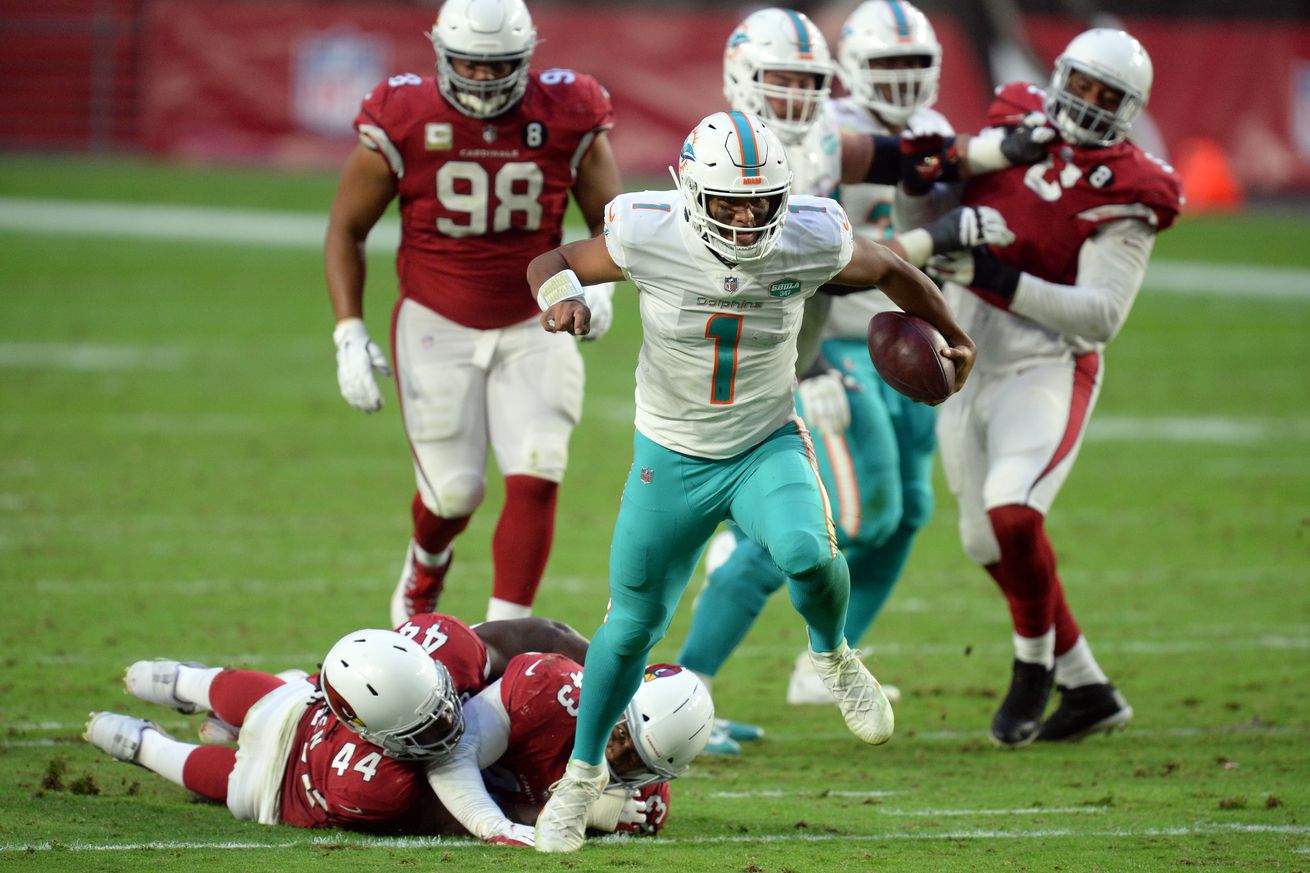 The Miami Dolphins have won four straight games and moved themselves into playoff contention in the AFC, despite changing quarterbacks and being overlooked by nearly every national analyst this season. They are 5-3 on the year and look like a team no one really wants to face right now. It also means they have moved up in The Phinsider NFL Power Rankings for Week 10, finally cracking the top ten this week. Will they continue to move up following next week’s game against the Los Angeles Chargers? Will the battle of Justin Herbert versus Tua Tagovailoa live up to what will surely be a lot of rookie versus rookie hype?

Here on The Phinsider, we do our weekly power rankings via a draft. Josh Houtz and I take turns selecting the team we believe has the best chance to win the Super Bowl. We start with a clean slate each week, rather than starting with last week’s rankings and moving teams up or down based on the previous week’s results. It allows us to make a set of rankings each week based on how we feel about each club, and it allows for some wild swings, with teams jumping up or plummeting down the rankings.

I have the odd picks this week, while Houtz will make all the even selections: