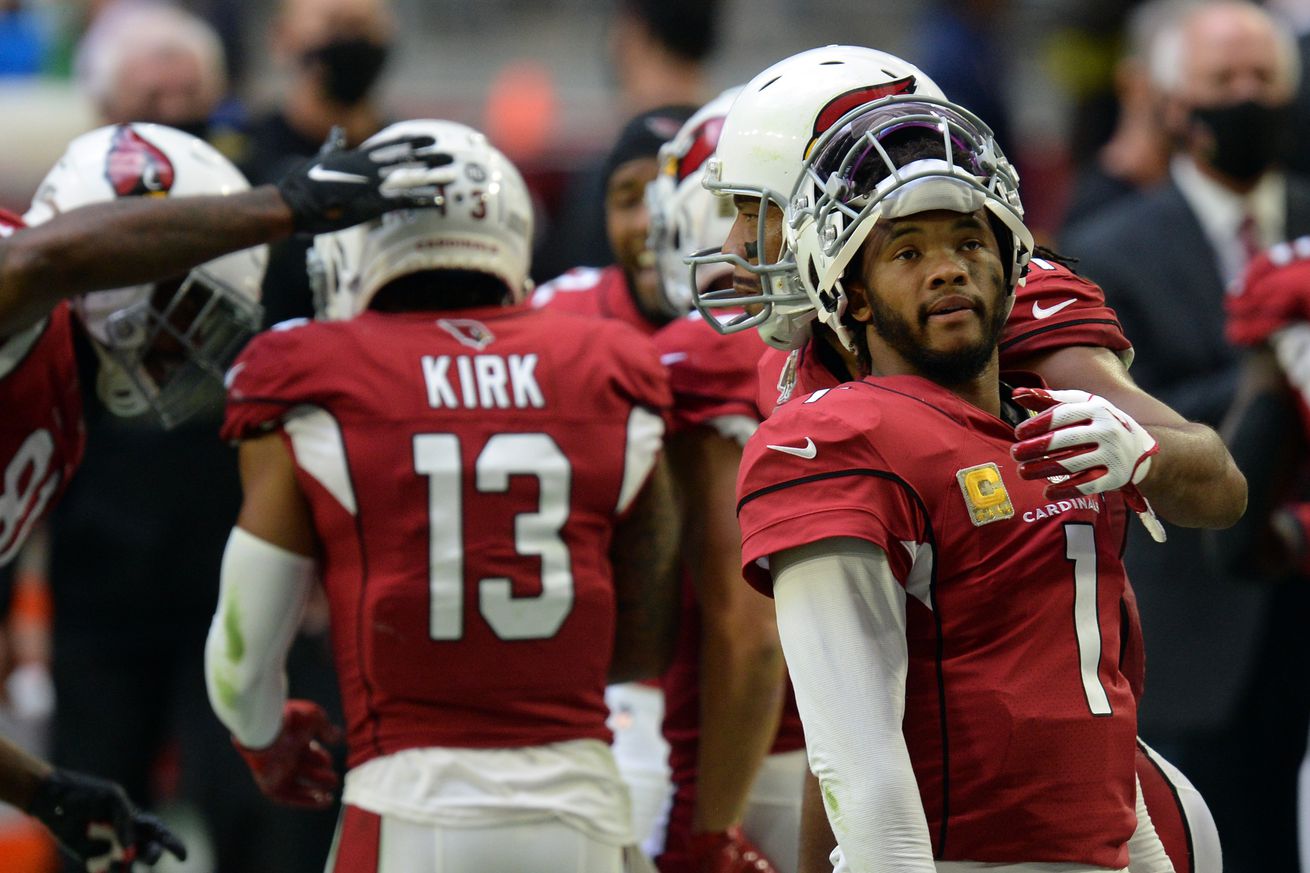 The Miami Dolphins host the Los Angeles Chargers later today. Miami is on a hot streak, having won their last four games and setting themselves up for a playoff run as the NFL moves to the second half of the season. While a win over the Chargers is needed, there are other results that can help the Dolphins this weekend.

Here is our Week 10 rooting guide for Dolphins fans:

Tampa Bay Buccaneers at Carolina Panthers, 1pm ET – An NFC versus NFC matchup between two teams Miami does not play this year. Really, this has no bearing on Miami’s playoff chances. Looking at the draft order, the Panthers are 3-6 , while the Houston Texans, whose first- and second-round draft picks Miami controls this year, are 2-6. A win by the Panthers would keep them behind the Texans in the draft order. Plus, sad Tom Brady is always enjoyable, so rooting for that is fun. Root for: Carolina.

Houston Texans at Cleveland Browns, 1pm ET – This one is actually harder to pick than it would initially seem. Miami has Houston’s picks, which means losses by the Texans definitely helps the Dolphins. However, the Browns are tied with Miami at 5-3 and ahead of the Dolphins in playoff seeding due to the strength of schedule tiebreak. A loss by the Browns definitely helps the Dolphins as well. If you want to argue the Browns loss is better, I can see your point, but I will go with a Texans loss as the favored result because (a) it sets up Miami for long term success with another early pick, (b) the Browns do not exactly gain a lot in strength of schedule/strength of victory by beating the Texans, and (c) Miami is still in the playoffs even with the Browns ahead of them right now. I’ll look for the Texans to lose this week. Root for: Cleveland.

Washington Football Team at Detroit Lions, 1pm ET – Another NFC versus NFC game that typically would mean nothing for Miami. Washington, however, is ahead of the Texans in the draft order, while the Lions are behind them at 3-5. Makes it pretty easy. Root for: Washington.

Jacksonville Jaguars at Green Bay Packers, 1pm ET – Standard rule is root for the NFC team over the AFC team in this kind of matchup. The Jaguars are ahead of the Texans in the draft order, which leads to some argument that the Jaguars winning would be a benefit for the Dolphins, but Jacksonville is also in position to select second with their 1-7 record, just behind the 0-8 Jets. The Jaguars selecting first overall instead of the Jets feels better as a Dolphins fan. Root for: Green Bay.

Philadelphia Eagles at New York Giants, 1pm ET – The NFC East is such a mess. Somehow, the Eagles at 3-4-1 are leading the division. The Giants, at 2-7, at picking fourth overall, three spots ahead of the Texans. At this point, who knows how this division actually finishes, but we will go for the Giants to pick up thier third win for the draft pick positioning. Root for: New York Giants.

Buffalo Bills at Arizona Cardinals, 4:05pm ET – Maybe the easiest game on the schedule this week. A loss by the Bills pulls them back to the Dolphins in the AFC East standings, while a win by the Cardinals helps Miami’s strength of schedule/strength of victory tie break. Root for: Arizona.

Denver Broncos at Las Vegas Raiders, 4:05pm ET – The Broncos are two games behind the Dolphins in the standings, while the Raiders are ahead of Miami based on their win percetange in the conference. That makes this a pretty straight forward decision on this one. Root for: Denver.

Cincinnati Bengals at Pittsburgh Steelers, 4:25pm ET – In draft standings, the Bengals are just behind the Texans in the projected order. In playoff standings, the Steelers are two games in the lead in the AFC North. A Steelers win keeps them out of the Wildcard picture, so that would make sense. However, the simple fact that the Steelers are 8-0 means Dolphins fans need a loss from Pittsburgh to protect the 1972 Dolphins’ Perfect Season. Plus, they have a two game cushion on Baltimore, so a loss still keeps them out of the Wildcard picture for at least another week. Root for: Cincinnati.

Seattle Seahawks at Los Angeles Rams, 4:25pm ET – The Dolphins were 3-1 against the NFC West this year, but that one loss came against the Seahawks. That means, while the strength of schedule tiebreak sees no impact from a game featuring two teams Miami has played, the strength of victory tie break is helped by a Rams win. So, we will root for that. Root for: Los Angeles Rams.

San Francisco 49ers at New Orleans Saints, 4:25pm ET – Another NFC versus NFC game that can actually help the Dolphins. Miami does not play the Saints this year, but they dominated the 49ers to start this four-game win streak. That makes the tiebreaks come back into play. Root for: San Francisco.

Baltimore Ravens at New England Patriots, 8:20pm ET – Losses by the Patriots are enjoyable, but the Ravens are in the Wildcard picture, holding the fifth seed right now. A loss by Baltimore makes more sense right now. Root for: New England.

Minnesota Vikings at Chicago Bears, 8:15pm ET – This is actually an NFC versus NFC game that does not impact Miami. Root for: Toss up.