The Miami Dolphins have made a number of changes to their roster this offseason, but the coaching staff may have changed just as much.

One of the more interesting additions to Miami’s coaching crew is former Dolphins cornerback Patrick Surtain being named an assistant under defensive coordinator Josh Boyer after spending multiple seasons as the head coach of American Heritage High School.

Surtain, and his son, Patrick Surtain II, recently joined “The Pivot” podcast, hosted by former NFL players Ryan Clark, Channing Crowder and Fred Taylor. Most of the conversation was about the younger Surtain’s successful rookie season and his journey. However, the older Surtain was asked about the upcoming season for the Dolphins, his first as a coach, and how they can compete with teams like the Buffalo Bills in the AFC East.

“We definitely have a great chance to derail those guys,” Surtain said. “Just being out there, just seeing what’s going on, when you have a guy like Tyreek Hill, it changes the whole complexion of the game. The thing Tua [Tagovailoa] gets a bad rap for – he’s had so many different coordinators his first three years, he has receivers in and out of lineups. I remember one game last year Tua was throwing to three running backs.

“When you have a guy like Tyreek Hill, obviously you have Jay (Jaylen Waddle), you have Cedrick Wilson, who we added, [Mike] Gesicki – I don’t know any quarterback that is great if he doesn’t have any weapons. You give Tua some weapons and see what happens. Obviously, the defense is stacked…”

Surtain believes in the improvement of Miami’s quarterback in the same way that a lot of fans and talking heads do. With a better offensive line, an offensive-minded head coach and more weapons, Tagovailoa can prove that he’s better than he’s been to this point in his career.

Whether or not that’s enough to dethrone the Bills as kings of the AFC East will take a lot more convincing. 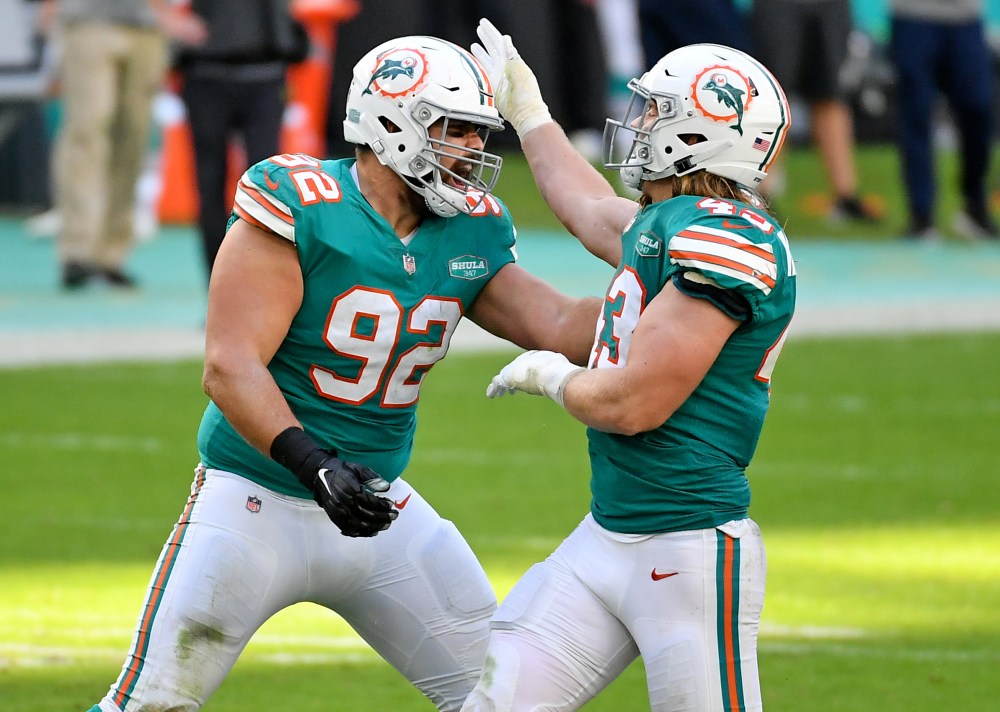