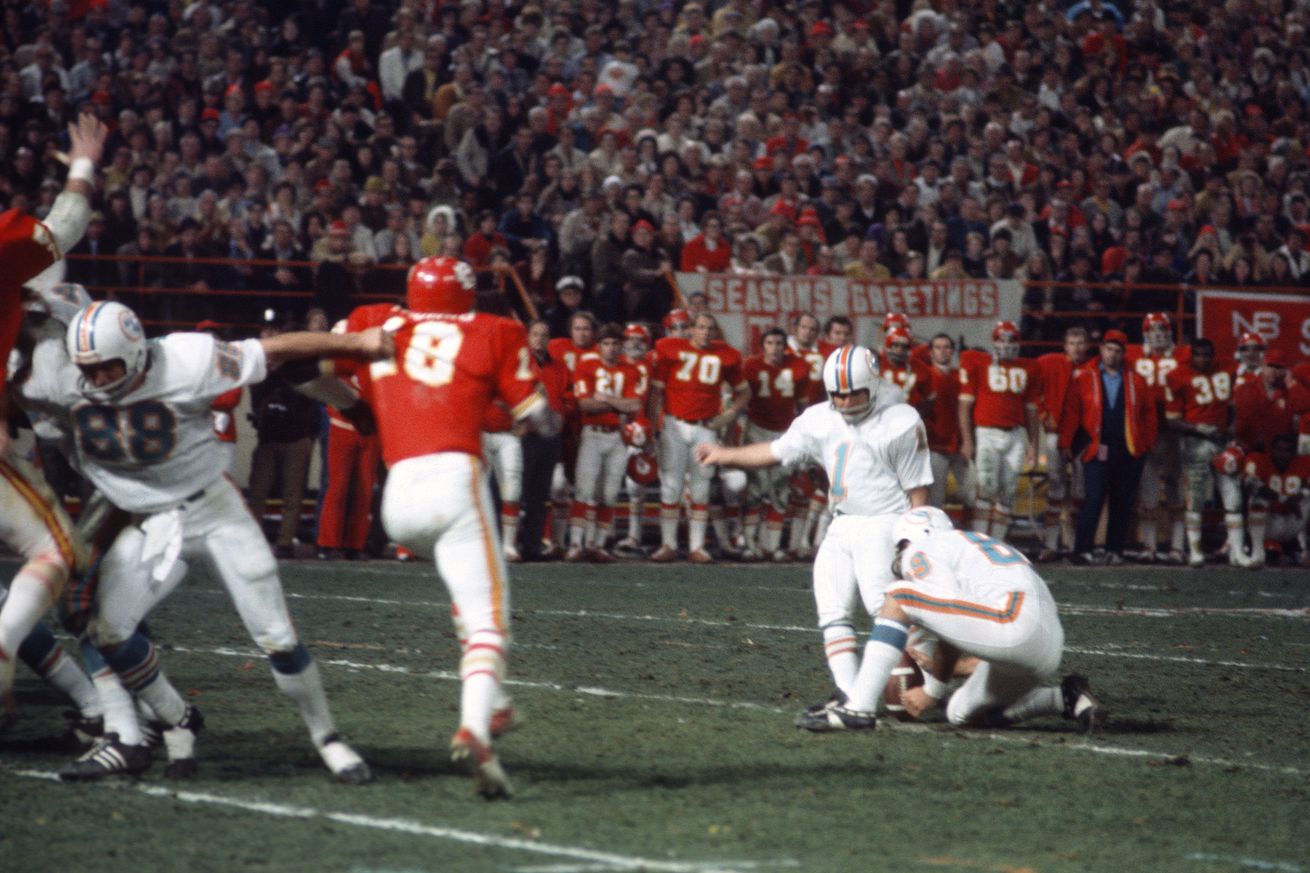 Photo by Focus on Sport/Getty Images

First up in our flashback series is the 1971 AFC Divisional Playoff game between your Miami Dolphins and the Kansas City Chiefs, also known as “The NFL’s longest game.” In the game Miami had to travel to Kansas City for what would serve as the last games for the Chiefs’ in their old Municipal Stadium. Dolphins kicker Garo Yepremian kicked a 37 yard field goal in overtime to eventually give the Dolphins the win, sending them to the AFC title game. The official game clock time for the game when finally finished was an hour and twelve minutes and 40 seconds.

The Dolphins went on to defeat the then Baltimore Colts in the championship game to advance to Super Bowl 6, their first ever trip to the Super Bowl, only to drop the game to the Dallas Cowboys. Another note on the game is that the game, combined between the two teams featured 13 future Pro Football Hall Of Fame members. As disappointing an end to the season was for the Dolphins they more than made up for it the following season becoming what is STILL the only undefeated NFL team in history. Take that New England!

Please use this thread to discuss this evening topic or really anything else that comes to mind as this post will also serve as tonight’s live thread. As with every post on the site and despite things being a bit more loose in a live thread all site rules still apply.