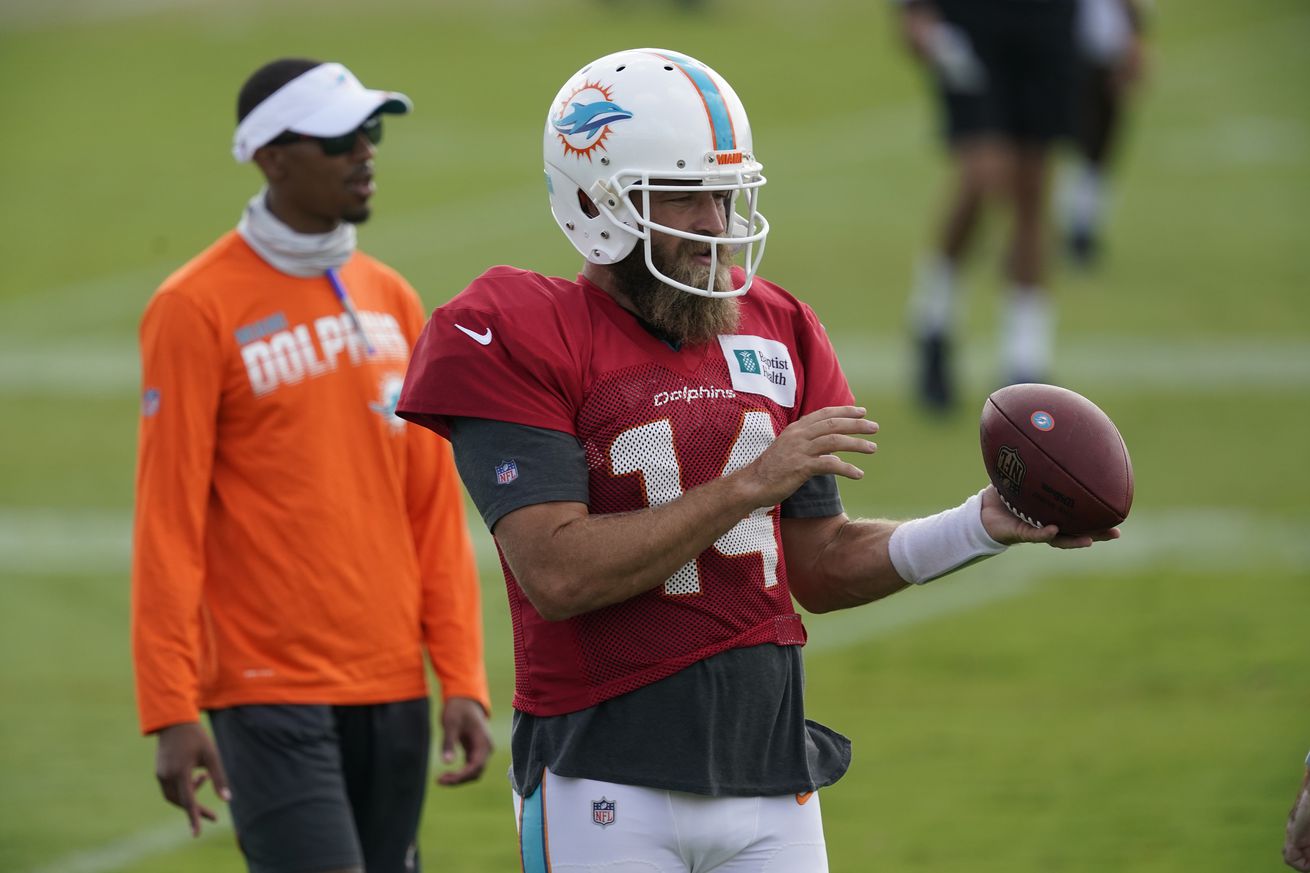 As those of you who actually read the nightly posts that I put up with a question of the day know, many of the posts have been about the position of quarterback for the Miami Dolphins. This of course for me comes down to we will never win or be good again unless we address the quarterback situation and find the right guy. Now, despite the fact that he had to step away from the team for a bit to deal with the very sad passing of his mother, Ryan Fitzpatrick is not only considered the day one starter by the fans and media but the Miami Dolphins have said as much. Fitz for his part is never going to be considered a top quarterback in the NFL but did show that he can keep an offense afloat behind a crappy offensive line and even make some crazy plays when he has to. Also I am fairly sure that his beard give him the power of magic.

From more than one media report Josh Rosen looks much better and much more comfortable under center this off-season than last year and while some fans are ready to write him off I am not. The kid did come out of college a bit too cocky and overly confident which is a lack of maturity as much as anything. Hopefully the last two seasons, one where he played for a year as a first round pick before being traded on the cheap and last season where he was benched for the oldest guy on the roster have given him a better perspective and showed him how to have a bit more humility. Also remember, the kid is in his third offense in three years under three different offensive coordinators. A guy like Aaron Rodgers can handle that but it’s got to be difficult for a rookie coming out of college no matter his skills.

Next is the Alabama wonder kid Tua Tagovailoa who despite coming off a very ugly injury has thus far looked decent in camp but being a rookie has a ton to learn before he goes out onto any field and starts lighting it up in a live NFL game. In college all Tua did was smash many of the NCAA records including passer rating with the highest rating for a career and for a single season by any college quarterback ever. The asterisk that goes with that is he probably does not accomplish those stats playing somewhere else given that Bama is always stacked three layers deep with top college talent. But even given that it’s a terribly impressive stat. Now while all of that is awesome it does not translate perfectly to the NFL and the complexity of the offenses let alone the speed difference. Tua may one day be a top 5 quarterback in the NFL but it won’t be in 2020.

So tonight’s Phinsider Question Of The Day is do you want to see the Dolphins, as they have already indicated that they will do, start Fitzpatrick in the name of winning as many games as possible or do you think that we are not quite there yet and we would be better off starting one of the kids to see what they have? We have already found out that Brian Flores has no intention of ever throwing any games no matter how crappy a roster you provide him with so it’s unlikely to see the kids on the field much except for maybe clean up time. This question is more about what do you think.

So please, give us you thoughts below-