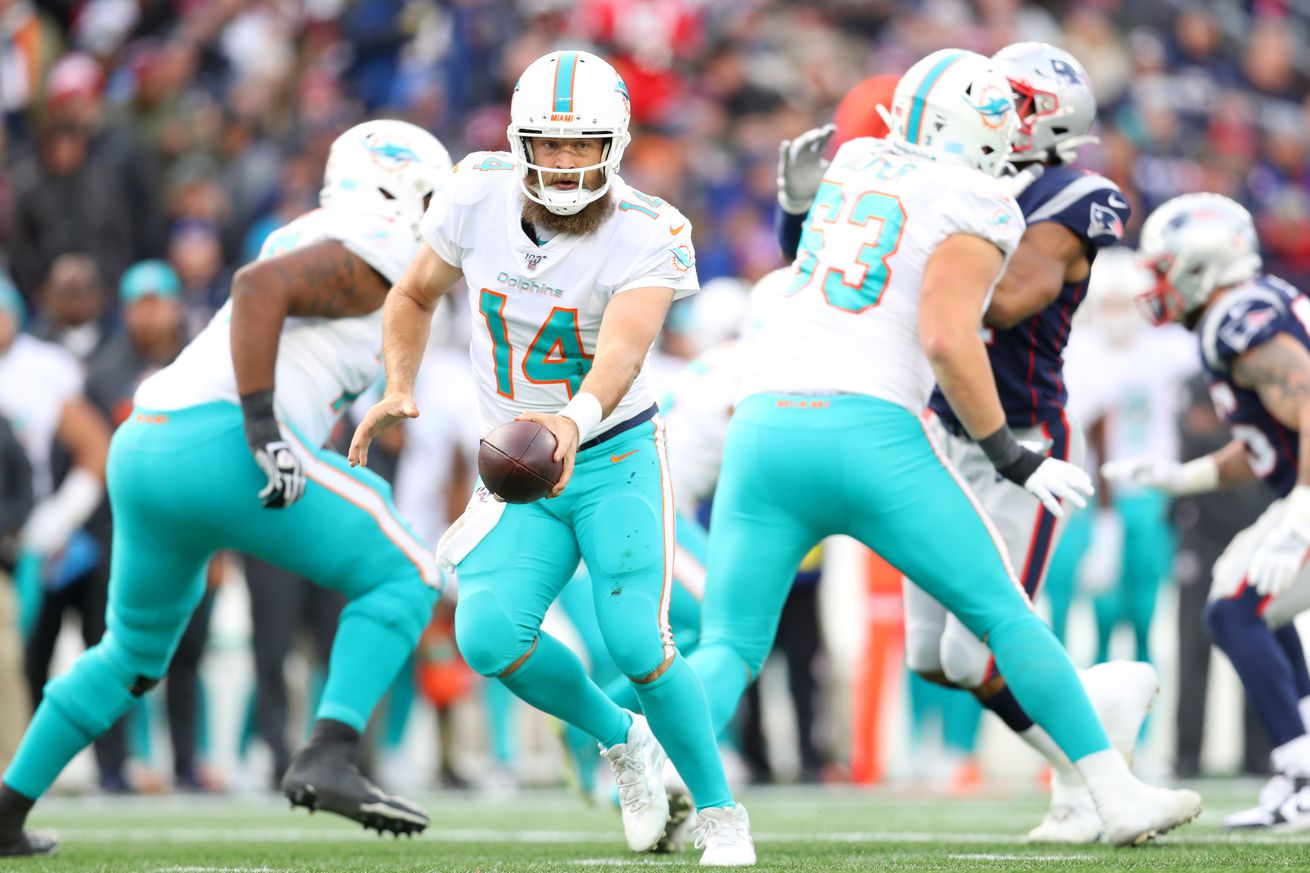 We are just about 24 hours away from the official kickoff of the 2020 NFL season. It seems like it takes longer and longer to get here every year although somehow I feel like I also age faster and faster as each year passes. This seems somehow unfair although we all are or will go through this. Either way we are all jacked up knowing that we are going to see the new version of the Miami Dolphins on Sunday while also not knowing exactly what we will see. We have new players and a new offensive system run by a new offensive coordinator (well a retread for some of us that remember his first stint on the Dolphins staff). The defense should also be better and more versatile than in previous years.

The Dolphins, despite being a better team now and the New England Patriots presumably being a weaker team than the last time that we faced them at home, with a ton of roster losses and more Covid opt outs than any other NFL team, are underdogs by nearly a touchdown (-6.5) in Sundays match-up. I get that the Patriots are traditionally hard to beat at home and have an ax to grind with Miami after the Phins beat them in the final game of the 2019 season, thus robbing them of home field advantage that possibly led to an early departure from the playoffs but the line is still an insult to the Phins IMO.

While I expect the Dolphins to prevail on Sunday nothing is ever assured in the NFL, a league where literally anyone can beat anyone on any given day. Plus, there’s the hoody, who while hated across the league is no doubt a football genius and gets more out of less than almost anyone in coaching, so if we do win it should be a close contest. That being said if we win someone on our team will have to have a hell of a game, well more than one someone but one will stand out. So my Phinsider Question Of The Day is assuming a Phins victory this Sunday who do you think will be the Dolphins hero of the day? Which player will stand on their head, willing the rest of the team to a victory?