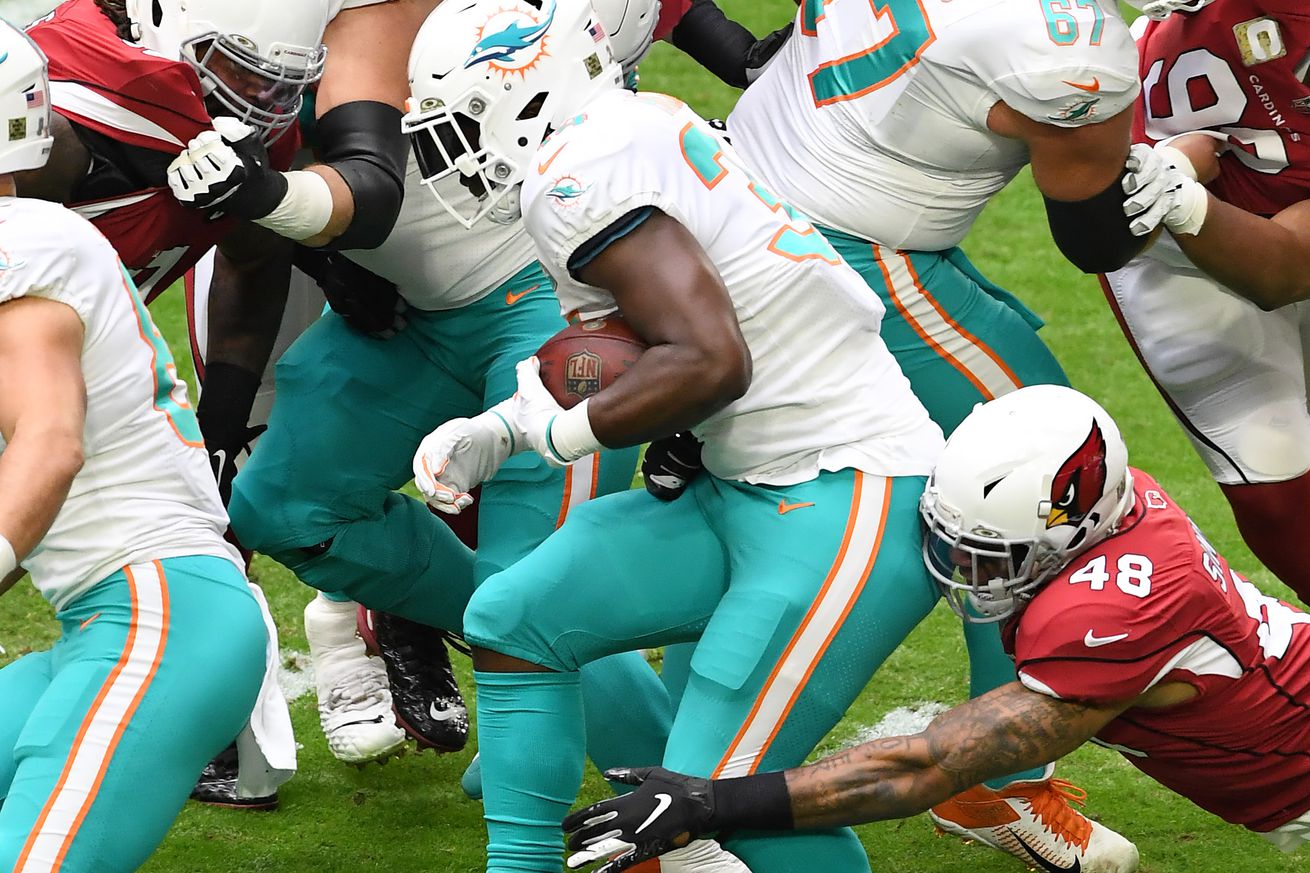 Every Miami Dolphins fan seems to be thrilled at the progress of the team thus far and they should be. I don’t believe any of us expected this much improvement from a team that seemed to have been completely torn down last season quite this soon. That being said there are still issues that must be addressed to yet take another step up and give this team a real shot at being a threat to not only make it to a Super Bowl but to win a Super Bowl. The two things that still need to be addressed is the Dolphins ability to stop the run against us on defense and our ability to convert on third and fourth down via the run on offense.

On defense the Phins are ranked near the bottom of the league in yardage given up at 131.75 yards per game, ranking us 26th in the NFL. This is a stat that I suspect could be even worse if we had not been playing with a lead over the last few weeks thus forcing teams to abandon the run more than they would like to in most situations.

On offense, our ability to to convert on 3rd and 4th down via the run is sitting at a 56.4% conversion probability rate. This doesn’t sound terribly awful until you find out that it’s the 6th worst rate in the NFL and the NFL average is right around 10 percent.

I believe that if you want to be a true Super Bowl contender that you need to sit in at least the top half of the league in nearly every major statistical category or one of them will eventually catch up to you as a weakness that is exploited by a good coaching staff and once it’s exposed by one team it’s used against you by every other team you face until you address the issue(s).

So tonight’s question of the day is one of those chicken or the egg questions. The Phinsider Question Of The Day is where do you lay these issues? Is the offensive issue that converting on third and fourth down via the run a problem with the offensive line or lack of talent at the running back position? As far as the defensive issue with yielding too many yards do you think this is a defensive line issue, a linebacker issue or a coaching/scheme issue?

Give us your thoughts on both issues below-