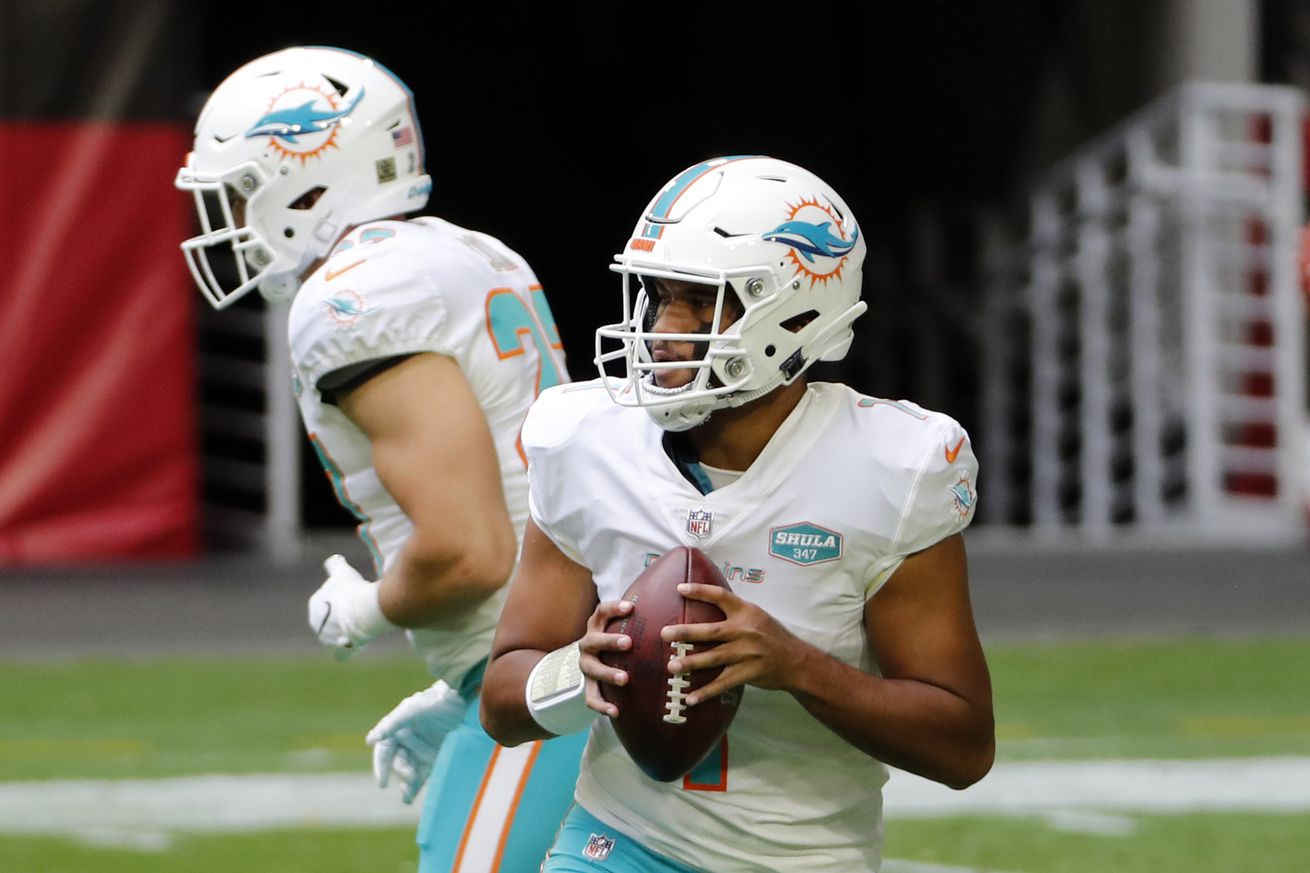 Last week the Miami Dolphins did it again. They, in Tua Tagovailoa’s only second start, win a game that all the experts said they couldn’t pull off. Miami once again pulled out a win against a team from one of the best if not the best divisions in the NFL right now, 34 to 31 over the Arizona Cardinals. The challenge this week would seem easier based simply on the opponents record but the Los Angeles Chargers might be the best two win team in the NFL so this wont be just another given like say a win over the horrible New York Jets.

So as usual, on the night before a game, the Phinsider Question Of The Day is what is your prediction for the score at the end of the game between your Miami Dolphins and the Los Angeles Chargers tomorrow, and why?