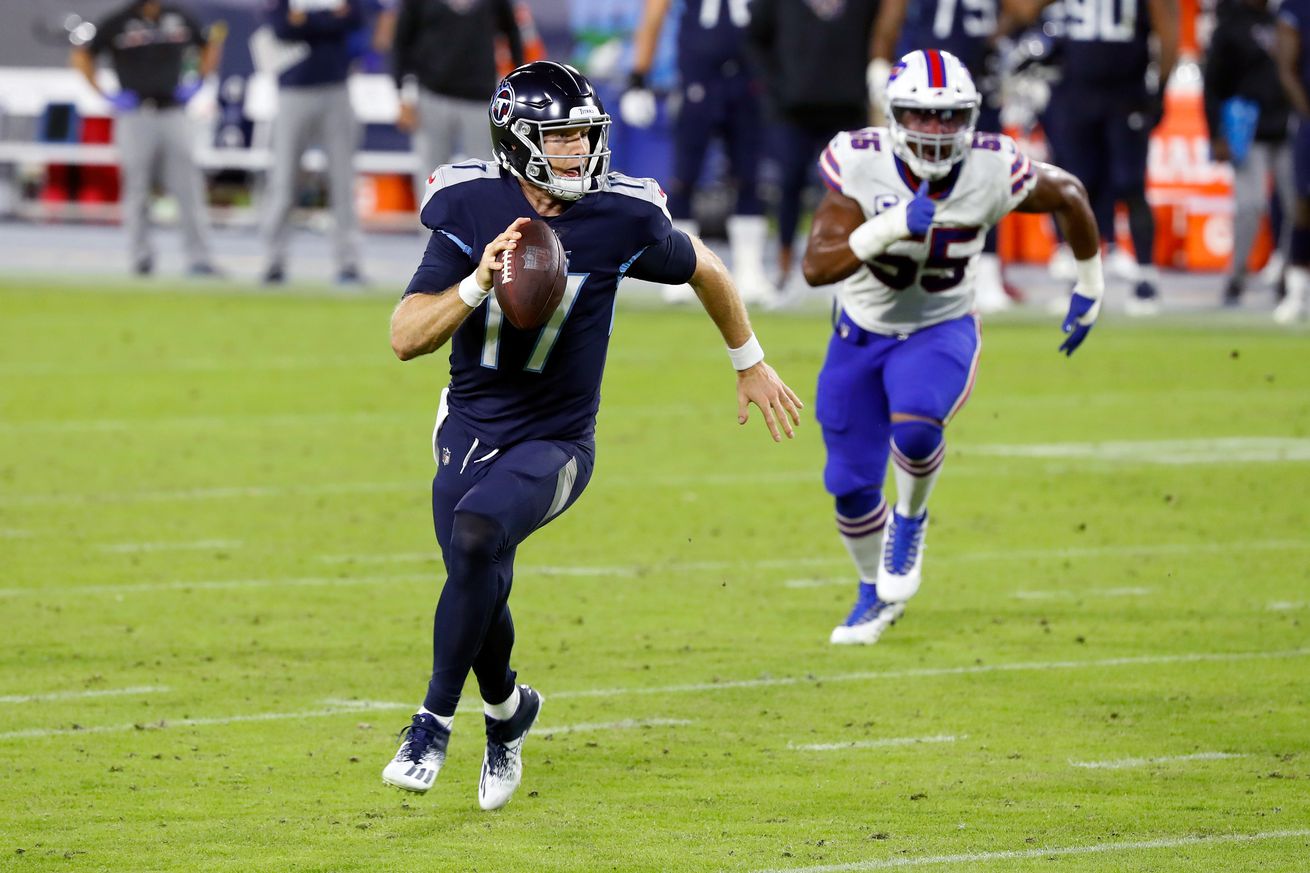 For most of the time that Ryan Tannehill was a Miami Dolphin the debate raged among fans over whether he was the right quarterback to lead this franchise. He had amazing games and horrific games. Most of his defenders would blame the coaching and the horrific offensive lines that we ran out year after year. The nay-sayers would argue that there were quarterbacks with even worse lines that played far better than Tannehill did, at least on a consistent basis. This debate about the offensive line is of course one, that at least on this site, has raged for much longer than before Tannehill arrived in town.

Now we are two years separated from the days of Tannehill leading this team. As most every Phins fan knowns Tannehill signed a deal with the Tennessee Titans after being released by the Dolphins. He was of course slated to be the backup to Marcus Mariota but after 4 games and some horrible games the Titans decided to try Tannehill as the starter in game 5. All he managed to do following that was end the season with the highest quarterback rating of any quarterback in the NFL and lead his team to the AFC Championship game where they eventually lost to the now reigning Super Bowl Champion Kansas City Chiefs.

The nay-sayers persisted, claiming that Derrick Henry, who was clearly the class of the league at running back last season was the main reason for Tannehill’s success. This season, through four games Henry is still running quite well but sits at third in the league in total rushing yardage after four games. Despite this Tannehill still seems to be tearing it up including a dismantling of one of the best teams in the league, the Buffalo Bills, last night after two weeks off with zero practice. It’s hard to not be impressed with what we saw last evening.

So the simple Phinsider Question Of The Day is do you still think, assuming you ever did, that Tannehill was the problem all along? Was it something else that you now think was the issue, be it the system that did not fit his skills or the coaching or the line or a combination of all three?