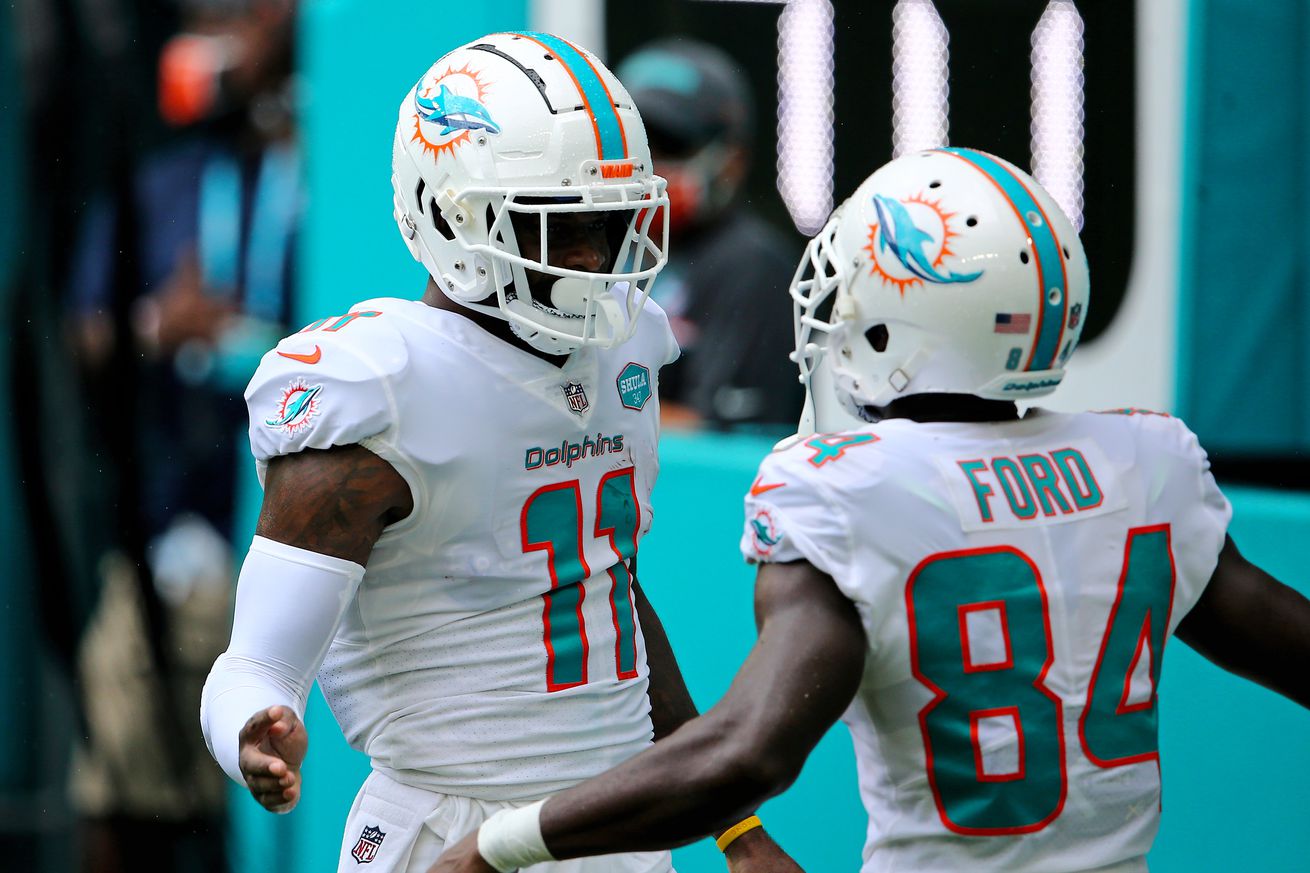 The Dolphins will have another shot at their first win of the season later today against the Jacksonville Jaguars.

We’re already on to Week 3 of the NFL season and the Miami Dolphins are still searching for their first win of the year. The team gets its first and only shot in the spotlight of prime time football on Thursday night against the Jacksonville Jaguars.

Myself (@JMendel94) and Josh (@Houtz) have you covered in this episode of Phinsider Radio, where we discuss all things Dolphins leading up to the game.

We start the show by discussing the showdown everyone is talking about: Ryan Fitzpatrick vs. Gardner Minshew, also known as The Beard vs. The Mustache.

-the mustache vs the beard ‍♂️
-keys to victory
–#cheeksordie
-can anyone step up on D?⚰️
-battle in the trenches ⚔️
-brandon jones game
& more!

After taking a look at what Miami’s offense may do, we highlight different players who could have a bigger role in helping the Dolphins earn the victory. With Byron Jones unlikely to play, will someone step up in the secondary or will the team’s pass rush finally show some life?

While it is clear that the Dolphins are still rebuilding, we haven’t seen enough from the team this year to be confident that they’re headed in the right direction after dropping games to the Buffalo Bills and the New England Patriots. A loss to a Jaguars team, that many thought was tanking, would be another step in the wrong direction as the team is looking for improvement.

Before closing the show, we highlight three keys that could help the team from falling into an 0-3 hole this early in the season.

As always, if you enjoyed the show, be sure to smash that subscribe button and leave a review with your thoughts.