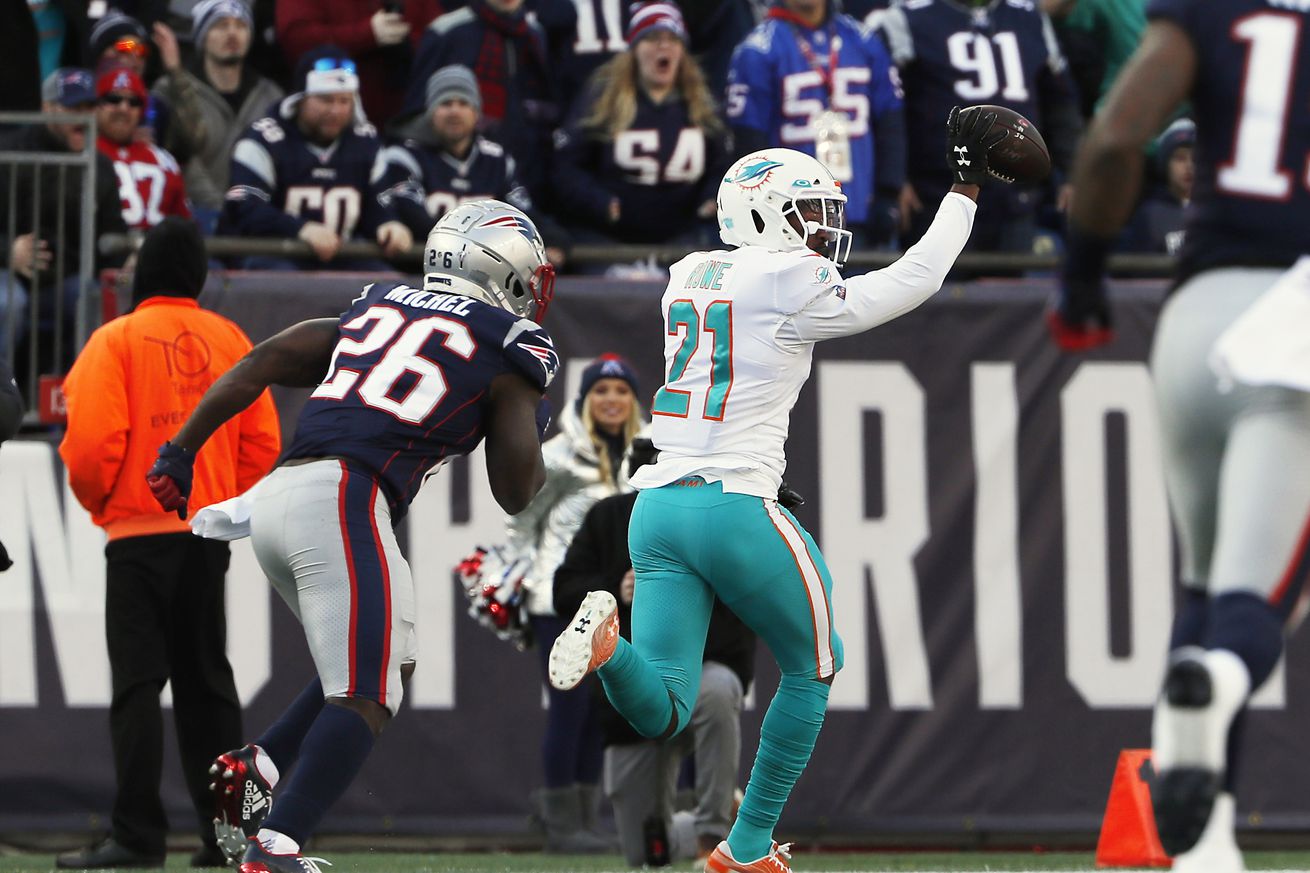 Which players will have an impact early for the Miami Dolphins?

Entering year two of Miami’s rebuild, most are expecting the Dolphins to be true contenders in 2021. With this in mind, the Dolphins gave the 53-man roster a major face lift heading into the 2020 season.

As we think about how the season could unfold, it may not take long for Miami’s newcomers to make a name for themselves in the aqua and orange.

Emmanuel Ogbah was signed to start as an edge rusher and the Dolphins averaged just 1.4 sacks per game in 2019, the league’s worst mark. Taking down Cam Newton is no easy task, but the lengthy Ogbah will have opportunities to sack the quarterback. Whether it is a linebacker, or even a member of the secondary, expect the defensive-minded Brian Flores to bring pressure against Newton, who played just two games for the Panthers in 2019. If the Dolphins are aggressive, Ogbah may the a shot on Newton early in Sunday’s game.

It is safe to say that Ryan Fitzpatrick will not lead the Dolphins in rushing for the second-straight season and Jordan Howard is a big reason why. With the Patriots replacing a large chunk of their defense, the Dolphins would be wise to pound the ball in Week 1, especially with a young offensive line. Howard has never gone above 82 yards on opening day, but there is a chance that could change on Sunday. Howard will likely be the thunder to Matt Breida’s lightening, but offensive coordinator Chan Gailey will look to keep New England guessing. I have a feeling that Miami’s first touchdown of the year will go to Howard on a roll out inside the 10-yard line. Keep in mind, the Dolphins had seven passing touchdowns inside the 10-yard line last season.

There may be some recency bias here, but Eric Rowe may have back-to-back weeks, in New England, with interceptions. Rowe picked off Tom Brady in Week 17 last season and brought it to the house for six. With a weak receiving core, it is hard to see Cam Newton airing out the ball too much and will likely look over the middle more often than not. Focusing on the short passes, Rowe should have an opportunity to jump a three-step route from Newton and get the ball moving in the other direction.

Preston Williams was having a strong rookie campaign before an injury derailed his season. Williams captured 32 receptions on 60 targets in just eight weeks, highlighting that Ryan Fitzpatrick had trust in Williams, looking for him often. The Dolphins are still a young football team and odds are there will be some hiccups. If the Dolphins consistently find themselves in third-and-long, a shot down field to Williams may be just what the team needs to get rolling on offense.

Let us know your thoughts on who may play major roles for the Dolphins early in the 2020 season and check out the most recent episode of Phinsider Radio, featuring Jake Mendel (@Jmendel94) and Josh Houtz (@Houtz).