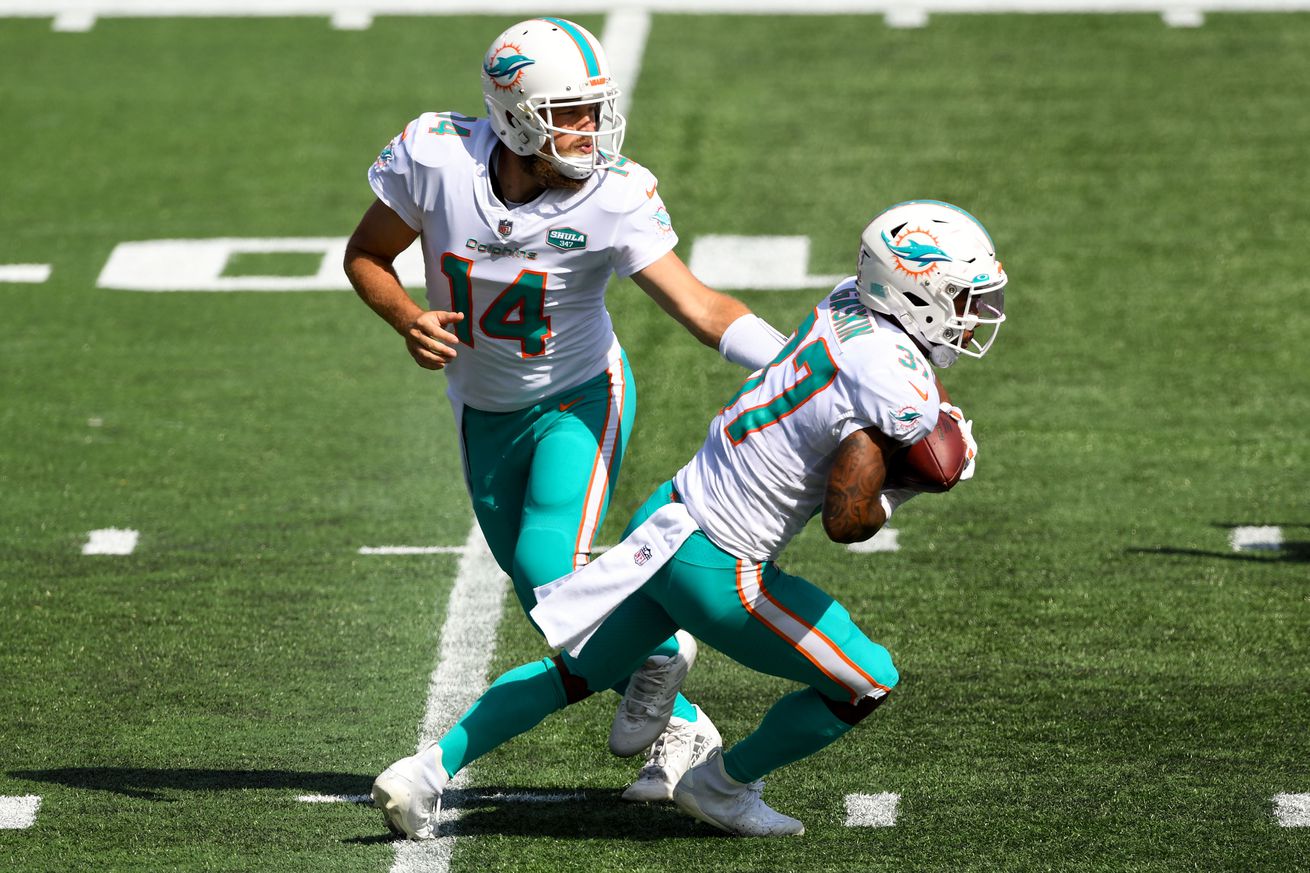 How should we be feeling after the first week of the regular season?

There is no more speculation, the NFL regular season is here. Week 1 has come and gone with the Miami Dolphins falling to the New England Patriots 21-11 on Sunday afternoon.

The hope was that the Dolphins could come out and be world beaters, but the league’s top-rated defense from 2019 and a rushing attack led by Cam Newton was too much.

No one expected the Dolphins to go 16-0 and most believe the roster is still a year away from a potential playoff run, but there were plenty of things to like and that is what myself (@Jmendel94) and Houtz (@Houtz) discussed on Tuesday’s edition of Phinsider Radio.

First and foremost, Miami’s 2020 debut was much better than what happened in 2019, which was a disaster against the Ravens.

(Please excuse my early morning grammar error of using then instead of than.)

However, the first warning sign should’ve been that Cam Newton arrived to the stadium dressed like this:

We were doomed the moment Cam Newton showed up looking like this: pic.twitter.com/9B62QdyBdc

From Miami’s struggles on the ground to Myles Gaskin emerging as a starter, the Dolphins offense seemed much different than last year. Specifically, it is looking like the front office has put together a solid offensive line — if they can stay healthy.

While it is easy to bash Miami’s run defense, we discuss how giving up 21 points should be the least of Miami’s worries, especially against a new-look Patriots offense. How should we be feeling about the team’s new pass rushers and why on earth isn’t Christian Wilkins a 99 overall in Madden yet?

For all this and so much more, be sure to subscribe to Phinsider Radio wherever you listen to podcasts. Keep in touch with Josh and I on Twitter, especially for our Monday morning Ted Talks.

Welcome to my Monday morning Ted Talk… all are welcome. Share your thoughts and the conversation will continue with @houtz later today for @thephinsider radio. https://t.co/63aKIPxtTA