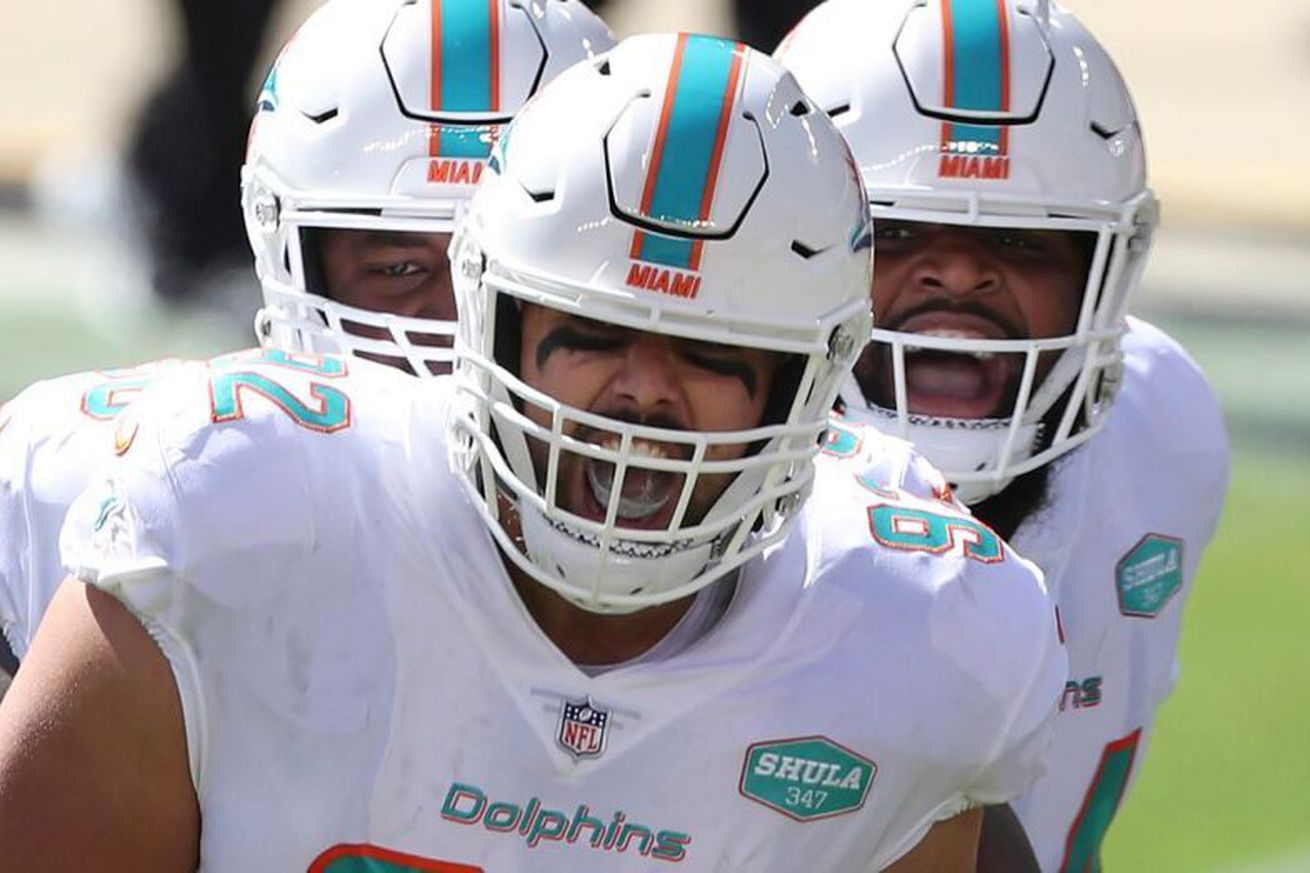 What a whirlwind the last 24 hours+ have been. Honestly, I haven’t checked my phone so many times in one day for something sports-related in a very long time. From all the fake big-time journalists on Twitter thinking they had real news on where Le’Veon Bell was going to sign, to that one guy that got a picture with Bell in Miami who allegedly told him he was going to be in orange and teal real soon. It was exhilarating and fun. That’s what being a fan is all about. That’s why we are who we are. I’m glad I experienced it.

I’d be lying if I told you I’m not a bit hurt that Bell decided to sign with the high powered offense of the Chiefs. I mean, I get why he did it. The Chiefs have an excellent chance of repeating as Super Bowl champs and they also have an offense that could, potentially, make Bell look like the Le’Veon Bell from 4 years ago where he was making defenses look silly thus putting him in line for another lucrative contract next offseason. It was reported by one of the actual reputable Dolphin’s beat writers(sorry not sure which one and I don’t care enough to look up which one) that Miami was offering two years. In the end, Bell took the one year deal with the better team. I’m not going to fault a guy for ring chasing.

Not saying I’m going back in time to change the outcome of yesterday’s events. I’m saying we as fans of the Miami Dolphins have to put yesterday, firmly, in the rearview mirror and focus on the future. Our future is Sunday in Miami 4PM hosting the God damn Jets.

The Dolphins, for the first time in the Brian Flores era, aren’t just favorites but are more than a touchdown favorite. Miami is currently an 8 point favorite on Sunday.

There’s a part of me that wants to look at this game against the Jets as a classic game the Dolphins gag up and drop. That last week, though it was so awesome and dominant against the current NFC champions, was a mirage. But a much larger part of me is going to treat the Jets like the pathetic organization that they are. The reason is that I don’t know when I’m going to be in this position again where the Dolphins are overwhelming favorites against a team. So if you’re going to use Miami in your survivor pool, do it and do it with extreme hubris.

That’s not to say that the Dolphins should take the New York Jets lightly. They should try and do this…

A couple of first-quarter TDs like they did against the Jaguars and 49ers and this game should be out of reach for a Jets offense that is the league’s worst at scoring points at whopping 15.0 per game.

But a guy that scares me, just a little bit, is the Peter Gibbons of the Jets, Joe Flacco.

Regardless of how much Joe doesn’t care about his job, he still could run the flag play and light Miami up. I think it’s unlikely, but it could happen. Perhaps, the Dolphins should try and bring in Kiko Alonzo for just this game just to let Flacco know that any moment he might be asking for the check.

Miami’s offense went on the offensive all game last week. They should continue to get their identity back on track, which is to let their very big receivers feast on one on ones. If the Jets won’t allow that then crossers are the way to go. Whatever it takes to get the ball to Parker, Gesicki, and Williams.

One guy who seems like he’ll be extra motivated is this guy.

.@miamidolphins RB myles gaskin posted this on IG 35 minutes ago. coincidence? i think not. pic.twitter.com/6aW71AuIol

I didn’t know you can make a highlight tape of runs that go for about 7 yards tops, but Myles Gaskin did it. Kudos to him. I’m on record saying that he and Matt Breida should have a role reversal but I’ll probably not get my wish. Who knows though? If this season progresses like I think it can, Breida could end up being the lead guy.

The offensive line should have a field day of knocking out these fools. Kindley and Hunt are ascending studs accompanied by solid veterans. The Jets shouldn’t, the keyword shouldn’t give them more problems than the other five teams the Dolphins have faced so far.

Defensively, it’s another weak receiving core that the combination of Jones and Howard will be facing. @JMendel94 said it on Phinsider Radio this week that a guy like Jameson Crowder is a guy that can hurt Miami. He’s right. Receivers like Crowder give off that Laveranues Coles, Santana Moss, Wayne Chrebet vibe that the Jets always have who find a way of being wide open for no good reason. Jones, Howard, and the rest of the secondary should be able to clamp down on them.

The front seven feasted last week. Davon Godchaux is out for an extended period of time meaning more of Zach Sieler. Works for me. That guy is becoming a dude along with Andrew Van Ginkel. AVG is another guy who has a good chance to see more playing time due to Kyle Van Noy having a groin injury. Again, works for me because AVG comes off the edge hard.

Not that I want to see more of Curt Hennig, I mean Jason Sanders other than making extra points, but he is Mr. Perfect and it’s nice knowing we got three points locked up as long as we get the ball to the 35.

I’m telling everyone that the Dolphins are going to win. I’m saying that they’re going to cover the 8 points because I really do think that Flacco is going to have a long day. Beating the Jets and heading into their new bye week of next week and then playing a tough Rams team will really show where this team is at. The schedule breaks for this Dolphin’s team and breaks for them right now.

This team is only a game out of the final playoff space. Of course, it’s dumb to start talking like that now but I don’t care. Miami is in the hunt and it feels good. It feels like home.

Oh, and what is my official prediction for Sunday’s game;