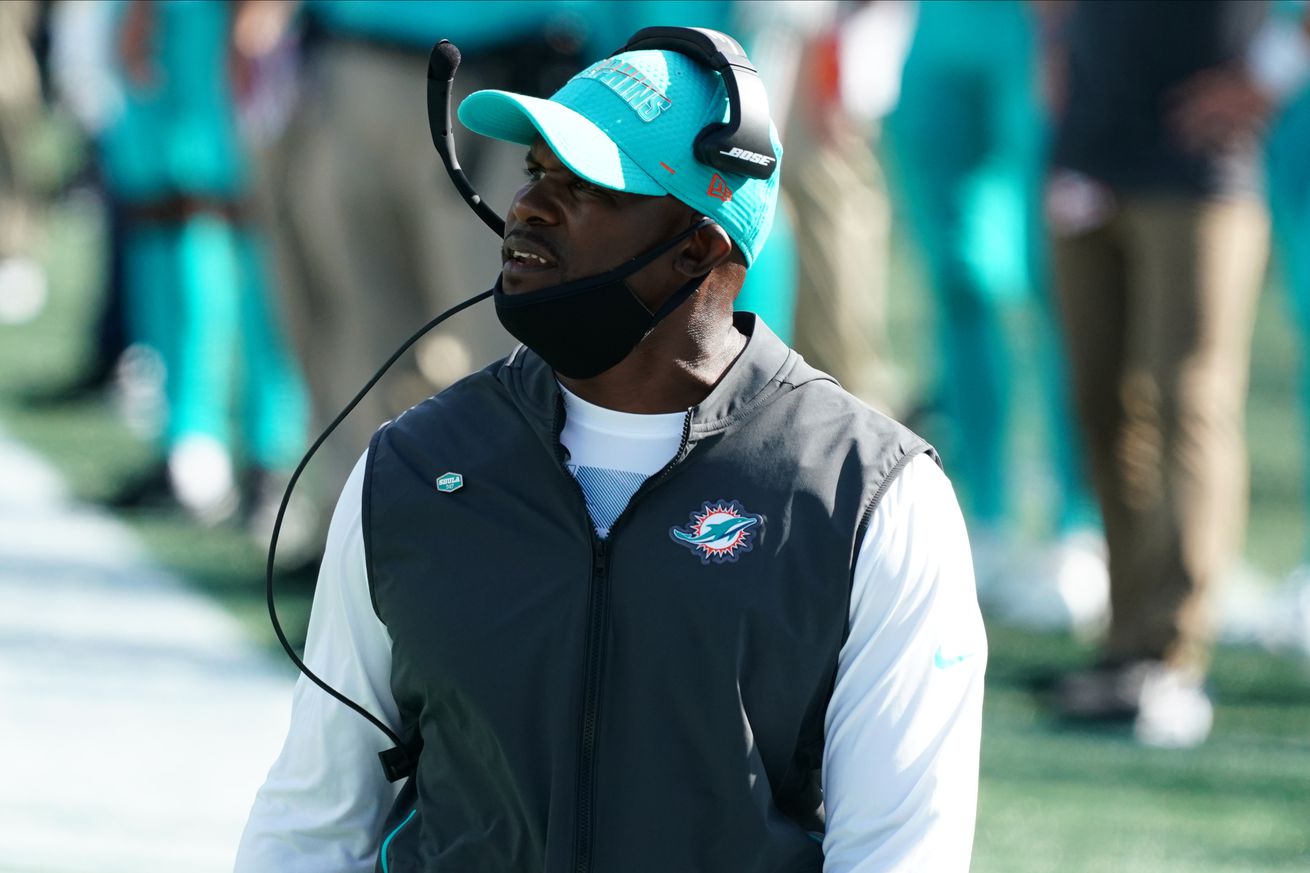 Almost unbelievably, football is finally here. And right on cue, the Dolphins start slowly, the Patriots get a win, and everything is ruined.

Tua needs to start, Flores should be fired, Ross has to sell the team. Is that what we’re doing?

How Bout That Context?

I’m not a hate kind of guy. Sure, there’s a lot of stuff out there in the universe to dislike or disagree with, but very little to truly hate. But there are two things I’ve hated as long as I’ve known them: The Patriots and Cam Newton.

Unfortunately, despite my impotent seething, they’re going to be good. Newton was a league MVP and is still a very capable player, even if he dresses like a TJ Maxx mannequin. The Patriots’ strength has always been Bill Belichick and his system, not Tom Brady. As long as Belichick’s around, the Patriots will be competitive.

Side note: has anyone been paying attention to Steve Belichick’s hair? Who is in charge of that guy? It is patently ridiculous.

As for our beloved Dolphins, does anyone remember Week 1 2019? I know it seems like a century ago, but September 8th, 2019 the Dolphins lost 59-10. In a real NFL football game with helmets and everything.

So yeah, it sucks to lose. The ultimate measure of a team’s value is wins and losses. But the way in which you win or lose is a valuable metric for gauging improvement (or lack thereof). I’ll take 21-11 over 59-10 every time. One of these days we might even be on the higher end of those scores.

I love the preaseason. It lets you see all the new players fighting for a roster spot, gives insight into growth from the previous season, and helps the position groups find their footing. Without one this year, I’m forced to guess at what the season holds from Week 1 alone. Here’s what I (a man who had Lasik surgery, so I see just fine thankyouverymuch) saw:

On the first, Williams slipped and made no meaningful attempt at the ball.
On the third, there was obvious pass interference in the end zone. (It was still a poor decision to throw where he did, but one that he should have gotten away with).

The second was classic Fitztragic. But some better cleats and fewer cheats and we’re probably looking at a much less ugly stat line.

A quick note about the officials: I’m not much into conspiracies. But how many decades do I have to watch the officials favor the Patriots? Video evidence and agreement from the analysts showed that they were wrong when:

Plus, they called two pass interference penalties on Xavien How— oh, wait. That was Stephon Gilmore.

I realize it’s their first game of the year. I realize they missed calls like holding against Miami. But just those three plays are a score, a 15 yarder, and a possible score. I’m not saying it’s a conspiracy. But I did see the Mothman hovering just above the stadium.

This Idiot’s Predictions Based on Exactly One Game

Here’s what I expect, apart from expecting to be completely disproven by Week 4:

Three cheers to me being wrong and the Dolphins hoisting the Lombardi trophy, riding into the sunset on the shoulders of their quarterback of the future Jake Rudock.