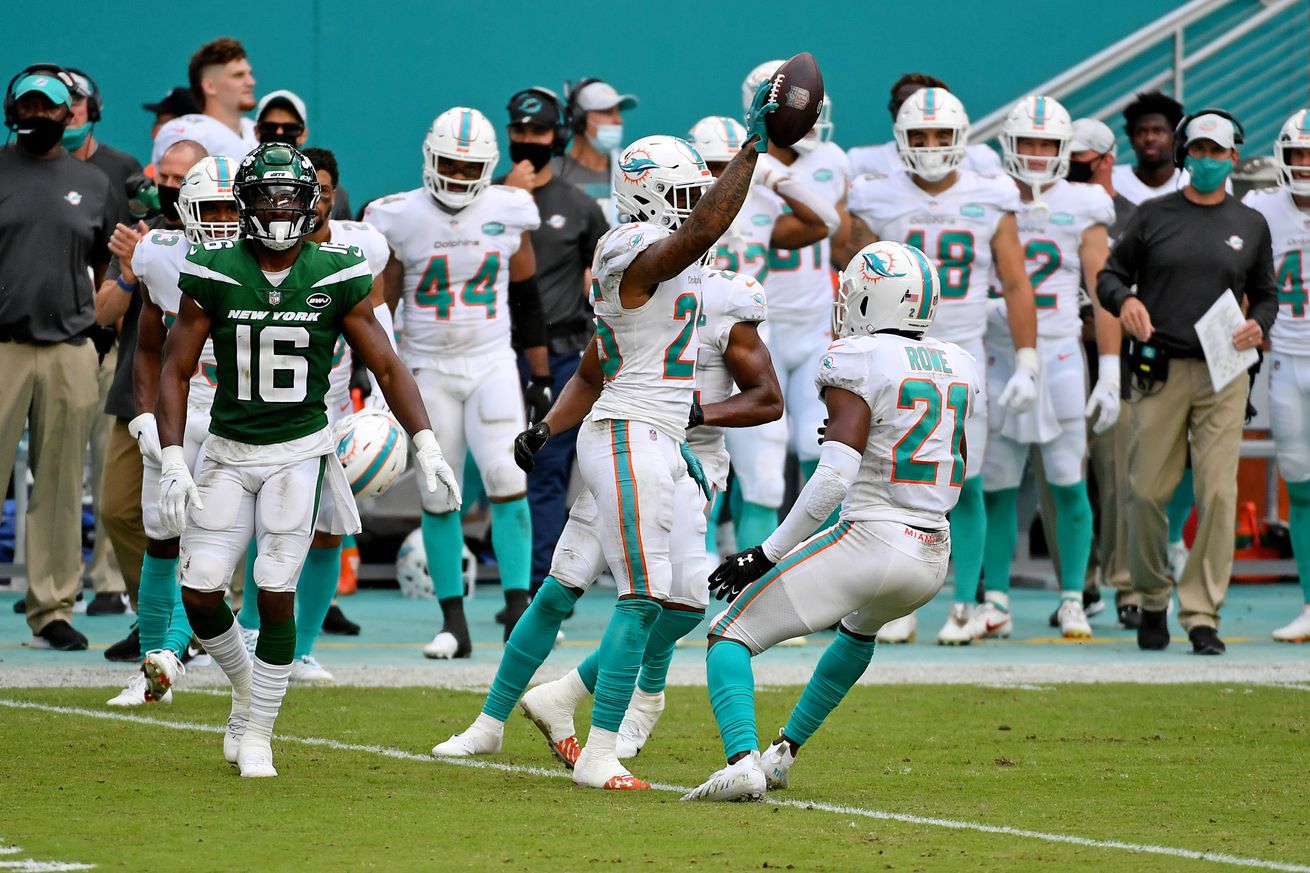 Xavien Howard’s name is back in the rumor mill.

The Miami Dolphins have been making headline news, despite the bye week, announcing that Tua Tagovailoa will be the starting quarterback for the reminder of the season.

Chris Grier is known for making trades, especially with the future in mind and rumors of potential moves before the Nov. 3 trade deadline are starting to rise to the surface.

#Dolphins are exploring trade offers for CB Xavien Howard, per @OmarKelly. They have an offer on the table and are seriously considering moving him before next week’s deadline. Howard signed a large 5-year extension last year and has hauled in 4 interceptions in his last 4 games.

While Kelly reported that Howard is not only on the trade block, but the team has an offer on the table, the Miami Dolphins released a statement regarding the rumor.

Dolphins to me:”The report in the South Florida Sun Sentinel is factually inaccurate and based on rumors.The paper practiced poor journalism by not reaching out to the team for comment or the chance to respond to the story. We are not exploring any trades regarding Xavien Howard”

Howard has been on another level for the Miami Dolphins through six games. Not only has he played in every game this season, but has captured an interception in each of the last four games.

Howard’s four interceptions is tied with Kendall Fuller for the league-high.

Since Byron Jones returned from the groin injury in Week 5, he and Xavien Howard have been targeted a combined 22 times. The result: 6 rec, 69 yards, 2 INTs and 3 PBUs, per PFF. That’s a 27.3 completion %, 3.1 yards per target and an opposing passer rating of 2.7.

Rumors are always tossed around a week before the trade deadline, but it is worth noting that this isn’t the first time Howard’s name was brought up in trade rumors.

Something to think about is the fact that a trade of Xavien Howard would be a move, likely involving draft picks, would be a move with the future in mind. Most believe that the Dolphins would compete for the playoffs in 2021 and the 2020 would be about growth.

With a record of 3-3 and the decision to make a change at quarterback, the Dolphins are looking like a team that is trying to have its cake and eat it too. Not only are they working on developing young players, but have turned the reigns over to Tagovailoa with the mindset of competing for the playoffs while letting the team grow.

Trading Howard would derail a defense that is trending in the right direction and potentially punting the idea of rostering a premier defense in 2020. Anything is certainly possible, but I have a hard time seeing Howard traded from the Dolphins, especially with a spot in the playoffs up for grabs.