In 2021, the Miami Dolphins were winless against the Buffalo Bills, as the team from Orchard Park outscored the team from Miami Gardens 61-11.

Looking at those numbers, the Dolphins’ decision-makers knew moves needed to be made. After Mike McDaniel was brought in to run the show, Miami spent big in free agency bringing in a number of talented offensive players to try and catch up to the big, bad Bills at the top of the AFC East.

In between the Dolphins and the Bills in the standings was the New England Patriots.

With all of the changes that have taken place in South Florida, many are starting to believe that it’s the Dolphins that have a chance to challenge Buffalo for the division, not the Patriots. One analyst that shares that opinion is former NFL safety Ryan Clark, who shared his reasoning on ESPN’s “First Take.”

“Let’s look at the Miami Dolphins,” Clark said. “Tyreek Hill. Jaylen Waddle. Mike Gesicki. You add Chase Edmonds. Sony Michel in the backfield. You also get Connor Williams up front, Terron Armstead in order to protect Tua Tagovailoa. And, now you add Mike McDaniel who understands how to make offense move without having elite-level talent at the quarterback position. But, Tua’s a top-five pick… Now, you put [Tua Tagovailoa] in an offense that made Kirk Cousins be able to play well, that’s made a guy like Jimmy Garoppolo get to the Super Bowl, get back to the NFC championship. I believe the Miami Dolphins are set to not necessarily beat the Buffalo Bills but to be the team that pushes them in the AFC East.”

Smith disagreed, but he didn’t really give any reasoning to support New England other than the fact that they were the Patriots. He also poked fun at Hill’s comments from earlier in the week regarding Tagovailoa.

The reality is that the Dolphins and Patriots were separated by just one game in the standings last season. On paper, Miami got better and New England got worse. 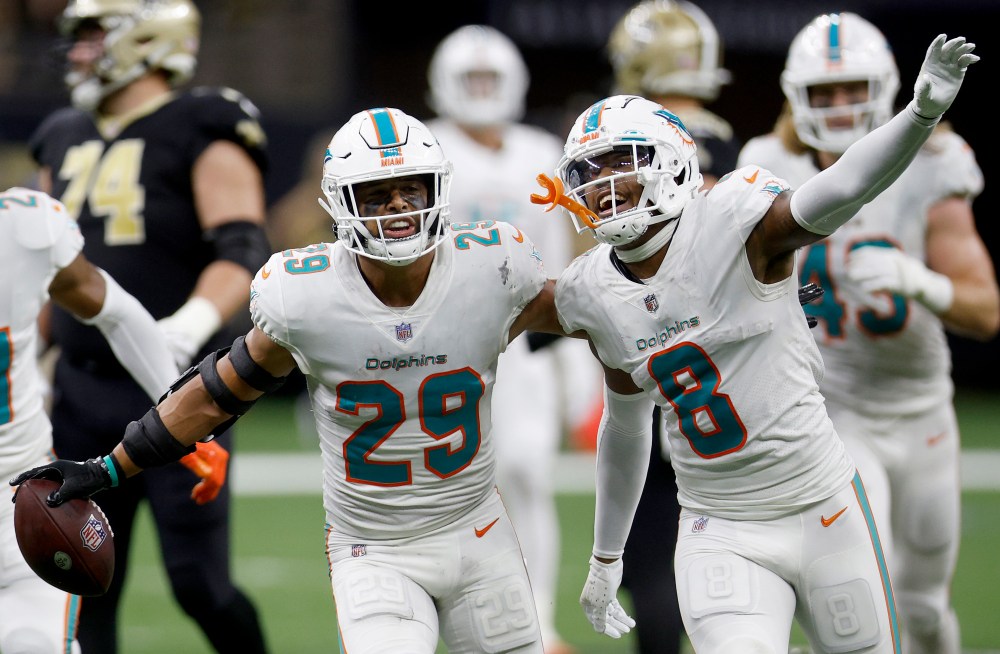