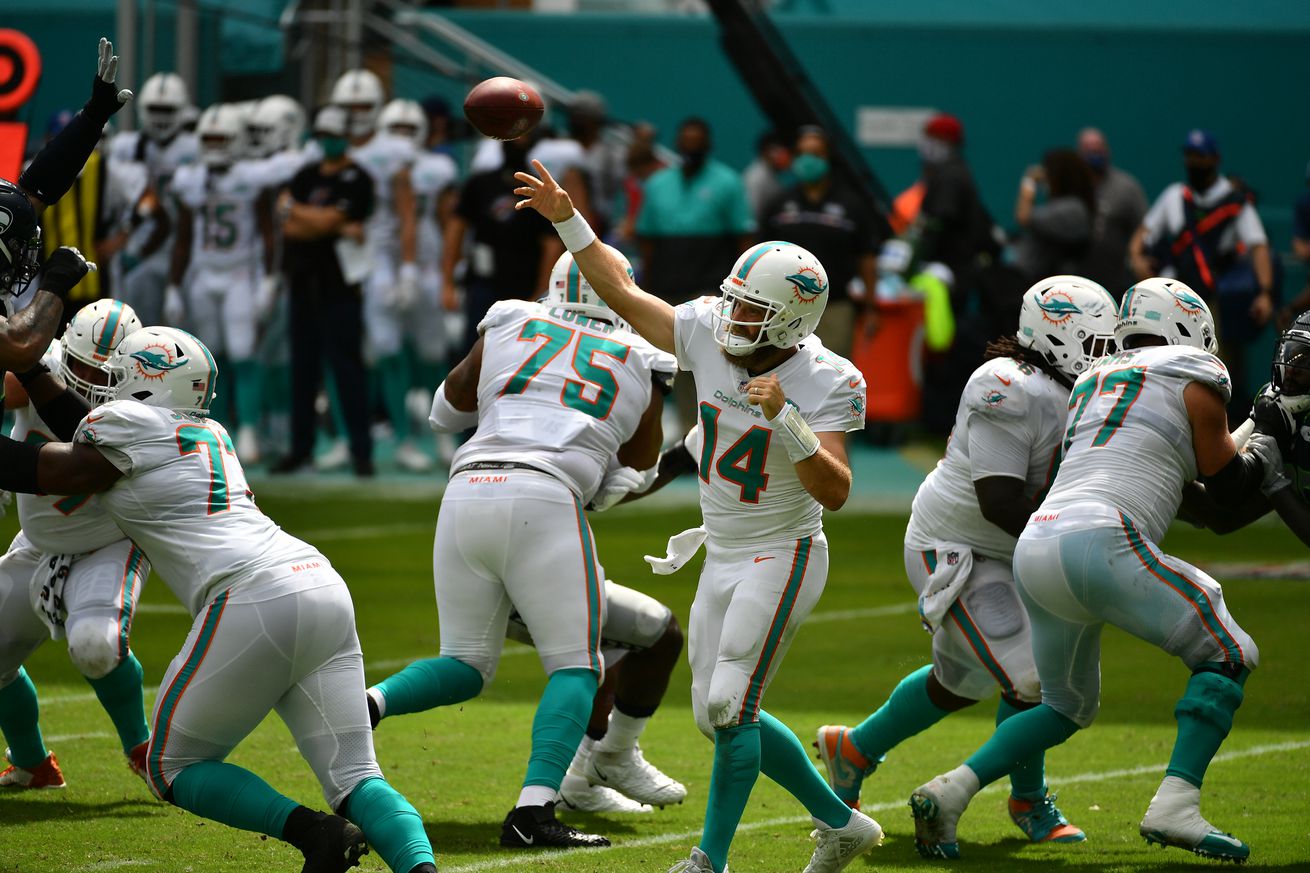 The Dolphins offense has had a bit of Fitzmagic when facing the blitz in 2020.

The Miami Dolphins host the New York Jets on Sunday and have a chance to reach the .500 mark before entering their bye week. The Dolphins are coming off a strong 43-17 win over the San Francisco 49ers, but are yet to win a home game inside of Hard Rock Stadium.

While the Dolphins sit at 2-3, they’ve been competitive in every game they’ve played. There was rumblings that first-round pick Tua Tagovailoa could become the starting quarterback sooner rather than later after a lose to the Seahawks, largely due to Miami’s inability to reach the end zone.

Fitzpatrick ended the quarterback conversation, at least for now, throwing three-touchdown game last Sunday. Fitzpatrick has seven touchdowns on the year compared to five interceptions and is 12th in the league with 1,344 passing yards through five games.

We’ve seen the highs and lows of the Fitzpatrick rollercoaster, but the Dolphins have a +23 point differential — the best mark in the AFC East and Ryan Fitzpatrick’s success against the blitz has certainly helped the team’s cause.

Austin Jackson, Miami’s second first-round pick, looked strong in the first four games of the season. Even though he is currently sidelined due to injury, the unit has not missed a beat — uncharted grounds for the Dolphins. It seems that in just one season the Dolphins have completely rebuilt the unit and even has a bit of depth, especially with Solomon Kindley and big Bob Hunt locking down the right side.

Of course, another injury or two may doom the unit, but Miami’s offense is headed in the right direction and it starts with the offensive line.

Fitzpatrick and the offense will face a New York Jets defense that is allowing 30-plus points per game come Sunday are currently nine-point favorites.

Check out the newest episode of Phinsider Radio where we preview Sunday’s 4 p.m. kickoff at Hard Rock Stadium.

new @thephinsider radio @jmendel94 and I recap the @miamidolphins 43-17 win over the @49ers; tell you why the #dolphins should sign le’veon bell and most importantly, the JESTS!!!