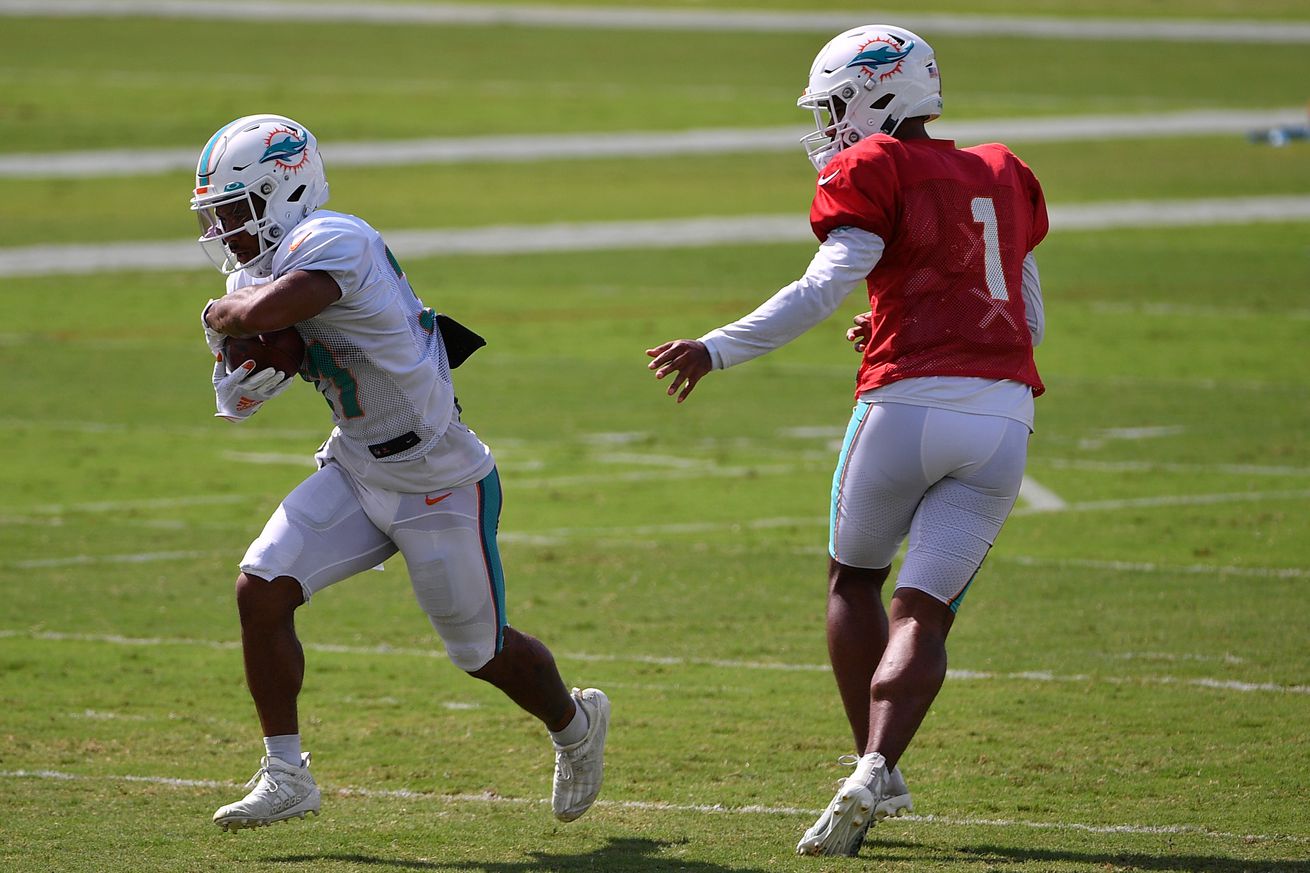 Over or under 6.5 wins? Dolphins fans overwhelmingly looking toward the over.

Welcome to SB Nation Reacts, a survey of fans across NFL. Each week, we send out questions to the most plugged in Dolphins fans, and fans across the country. Sign up here to join Reacts.

There are renewed expectations in Miami.

Despite all the irregularities of the offseason, the Miami Dolphins are headed into the 2020 season on an upswing and fans clearly have high hopes. According to the most recent SB Nation Reacts survey, Dolphins fans expect the team to win at least 7 games.

The win total was set by DraftKings. At 7 wins, the Dolphins would tie their high-water mark over the last four seasons.

Nationally, fans think the Dolphins in-state neighbor will have one of the best seasons in the league. When asked which team with the highest win total projections will exceed expectations, more fans picked the Tampa Bay Buccaneers than any other team. Ironically, the Buccaneers were also selected as the team of that group most likely to fall below expectations.

To put in full perspective, fans across the NFL are fairly confident in their favorite team. Only two teams in the league had a majority fan vote for the under – the Panthers under 5.5 games and the Chargers under 7.5.

To vote in the Reacts surveys and have your voice heard each week, sign up here.