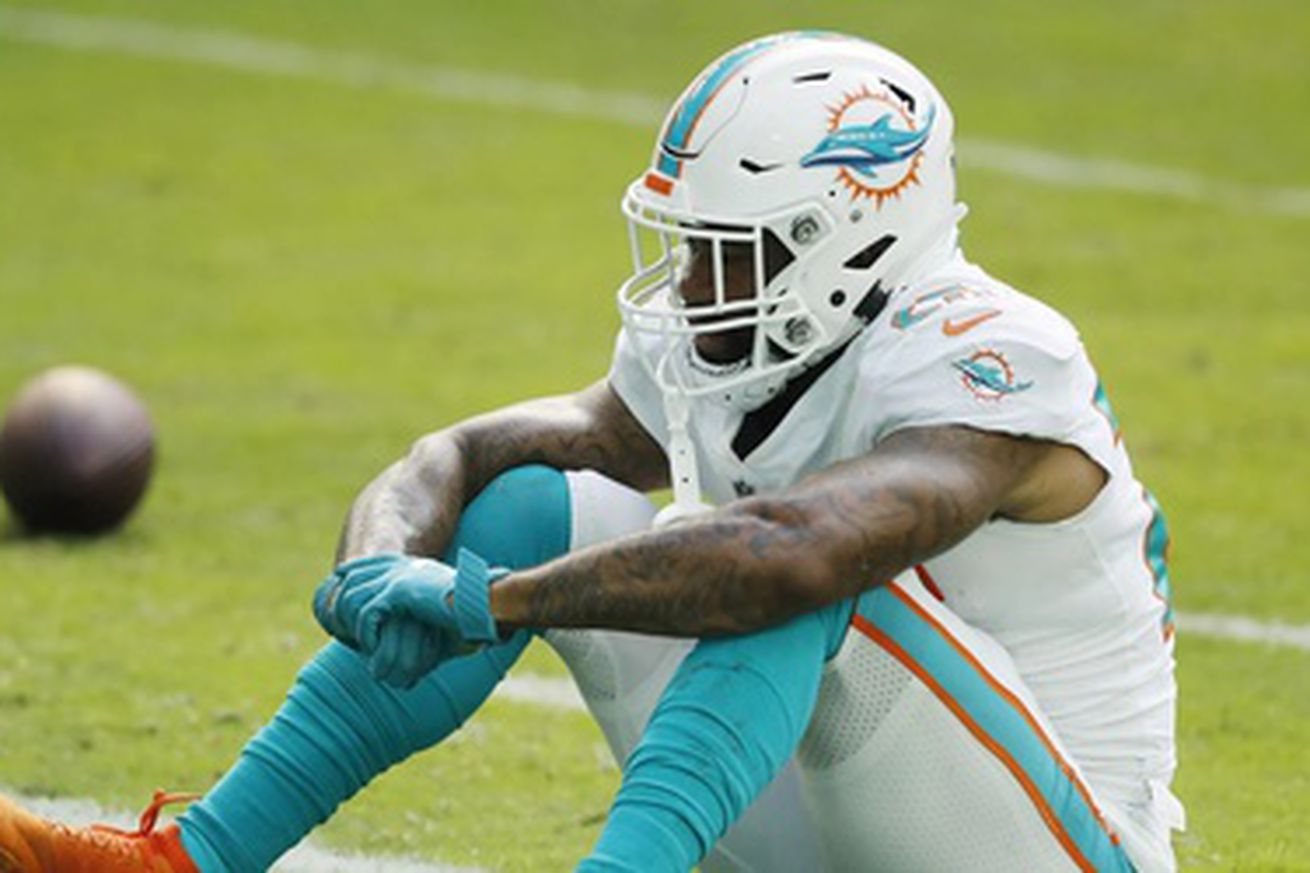 With a short week for the Dolphins, there’s no time for anyone to cry over our bad defense. Just kidding, there was plenty of time for me, you can read it right here, and just about everyone who is a fan of this franchise to rip into the defense for not doing anything to stop Josh Allen and his wide open receivers. Still, even after that loss, I find myself giving Brian Flores and Josh Boyer the benefit of the doubt that they will be able to figure out how to put their defenders in the best position to succeed, but make no mistake, my patience is getting thinner by the week with this defense.

I think it’s fair to feel the way I do about the defense. After all, Flores is the defensive guy who stymied the Dolphins and countless others for years while with the Patriots. He’s also the guy who had a hand in bringing in big money free agents such as Byron Jones (we’ll get to him in a minute), Shaq Lawson, Emmanuel Ogbah, Elandon Roberts and Kyle Van Noy. along with Xavien Howard, last year’s first round pick, Christian Wilkins and this year’s final first round pick, Noah Igbinoghene. I’m not saying that after only two games this defense should be in mid-season form, but they shouldn’t be giving up 217 yards rushing to New England and 417 passing to Buffalo in consecutive weeks.

Flores has come out and stated that one of the possible moves that he’ll make is moving Bobby McCain from safety to the nickel, and moving Nik Needham out of there. That’s a move I like because I feel nickel is more of a natural fit for McCain.

I also want to see is if any changes have been made to the defensive line. I really don’t know what else could be done with the DL. You have the guys you have and they are what they are. Fans had hoped that the additions of Lawson and Ogbah would improve the non-existent pass rush from a year ago, but it’s only been more of the same. Basically, if the Dolphins continue to play press man-to-man along with next to nothing in the form of a pass rush, then opposing receivers are going to continue to get wide open. That’s just how it works in the NFL.

Gardner Minshew, you know the guy that everyone thought Baker Mayfield would be (stolen take, but still true) is who the Dolphins will face off against on Thursday evening. Yes, he’s eccentric like Dennis Hopper proclaimed he was in Speed, has a fun mustache, and wears cut off jean shorts, but he’s also a solid quarterback who’s getting better. If you don’t get pressure on him, Minshew will deliver the ball to the no-name receivers the Jags have (yes I know Chark is known but you get what I’m saying).

It doesn’t appear as if Byron Jones will be playing this week. He suffered a dreaded non-contact groin injury on just the 3rd play of the game last Sunday. If he only winds up missing a week, that would be fantastic. It originally appeared as if it was going to be a multi-week injury. This means that Xavien Howard should be guarding DJ Chark all over the field. Will this happen? I don’t know, but it should and we all know it.

Speaking of Minshew’s mustache, you’re definitely going to want to see the quotes by Fitzpatrick and Minshew’s about their respective facial hair. Drink twice each time they mention it. Here it is, in case you missed it.

It would be useful for the Dolphins offense to figure out how to run the ball effectively as well this week. The offensive line has been one of the only bright spots for the team this year. Whether it’s Myles Gaskin, Matt Breida or the seldom used, highest paid back on the team Jordan Howard, running downhill on Jacksonville would be a positive sign for this offense.

The Jaguars, currently, have the 3rd worst passing defense in the league. It goes without saying, thought I’m saying it, that the Dolphins need to let Parker, Gesicki and Isiah Ford feast on their defensive backs. Oh yeah, and if Preston Williams decides to show up, I suppose maybe asking him if he wants to play would be a nice too.

It’s still not Tua time, not yet. Fitzpatrick played well enough to win the game last week. It’s not his fault that the defense decided to go on strike Sunday. Fitz should be able to easily go in to Jacksonville and shred the Jags defense. The Jags have only one sack on the season through two games so the offensive line should have a shot at another strong day protecting Fitz. This should give Fitzpatrick plenty of time to find his open receivers.

Oh, and speaking of the offense, what happened to all the deep balls we saw thrown last year? Not sure if you recall, but jump balls thrown to our really tall, athletic receivers worked out a quite well a season ago. I don’t know, maybe they could try doing some of that again?

It’s only week 3 in Brian Flores’ second year as a head coach, but, if his team starts 0-3 along with how his defense has performed the first two weeks of this year, and after getting rid of all the coaches he did, while also bringing in old man Gailey to run the offense, and promoting Boyer to defensive coordinator, then his seat isn’t yet hot but the ignitor will start to go off. That’s the way this business goes. One minute you’re going 5-11 with a team designed to lose and the next year you spend 10s of millions on a defense that’s expected to vastly improve but is getting run out of the building. Expectations have been raised and you have to start meeting them or…

I think this team knows what will be said by the fans and the media if they lose. The pressure is on the players and the coaches to start winning. There’s no pressure on the Jaguars who are trying to emulate the 2019 Dolphins. They are prepared to lose and it shows.

With all of that being said, I have the Dolphins winning a close game. The defense improves a bit this week and the running game gets going and becomes more consistent.

We’re only one day away from watching the Dolphins play another game. Focus on the feeling you’ll have after they win and how stress free you’ll be on Sunday knowing your team has already won. That’s the feeling I’m hoping for and hopefully you are too. Enjoy!