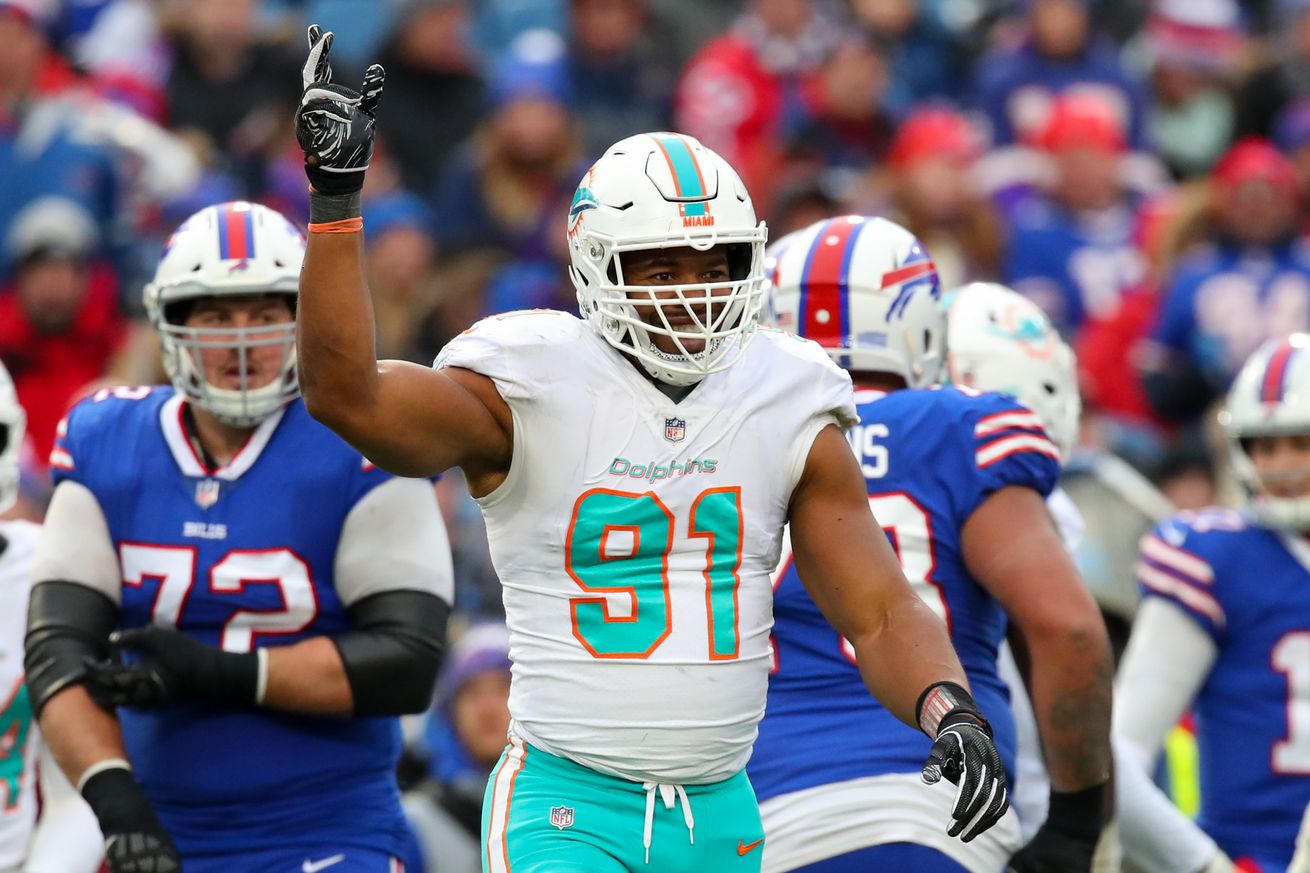 Does a homecoming make sense for Cameron Wake?

The Miami Dolphins have signed roughly 11 players since free agency began on March 18.

Two of those signings, Shaq Lawson and Emmanuel Ogbah, are to help Miami’s defense that ranked 27 in yards allowed per game and averaged just 1.4 sacks per game.

With the two signings in mind, there is one defensive end on the market that makes plenty of sense for the Miami Dolphins: Cameron Wake.

The Titans released Wake on March 12 and saved $5.6 million against the cap in the process. This comes one year after the Dolphins decided to rebuild the roster and let Wake walk in free agency, where he signed a three-year $23 million deal with Tennessee.

The 38-year veteran leaped onto the scene with four quarterback hits in his first game with the Titans, but didn’t register a sack after the first week of the season.

There were whispers that Wake my be retiring as recently as last week, but those rumors were put to rest by his agent.

As Cam’s agent, I can tell you this is simply not true. Cameron is playing this season and we are actively engaged in conversations with teams. https://t.co/UMixWWURWI

Since then, there’s been some traction from fans about a return to Miami.

I am so glad the Dolphins are signing nobody over 27. PS sign Cam Wake @MiamiDolphins. Bring @Kold91 home to mentor the pups.

YES! CAM WAKE BACK! Get that man back where he belongs, going out on his own terms wearing that 91 for the Dolphins pic.twitter.com/rE2JQXltPH

Even if there isn’t much left in Wake’s tank, a return to Miami seems like the right way to end his historic career, which started in the Canadian Football League. Since his NFL debut, Wake has registered over 100 sacks, 224 quarterback, hits and plenty of thrilling moments for Dolphins fans, including a crushing sack of Bryce Petty and a game-winning sack against the Bengals back in 2013.

Even if Wake doesn’t find anywhere to play in 2020, it is possible that the Dolphins offer him a one-day contract in order to close his career where it all started.