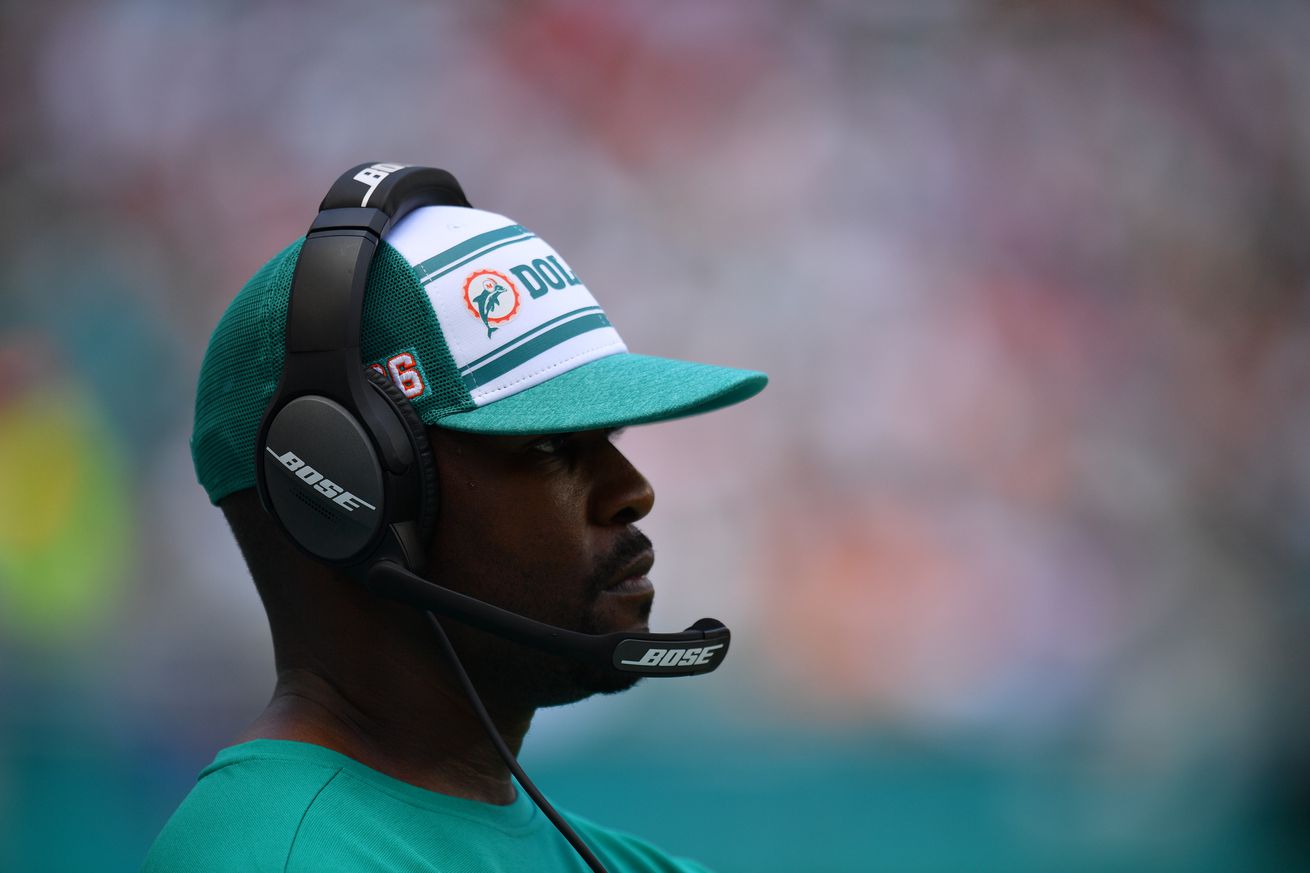 For years, Miami Dolphins fans have been quote-tweeting and replying to every thread on social media with, well, a lot of things. But the one thing that we’ve been able to agree on is that our favorite football team—the Miami Dolphins—should make a permanent switch to the throwbacks.

To be honest, I still don’t know where the Dolphins stand on this. I know teams must wait X amount of time before making a uniform change. And while they did make minor adjustments to the logo a few years ago, I won’t pretend to know where that puts them in the league’s eyes

(If you want to learn more about the league’s rules on uniform and logo changes, there’s a good thread HERE)

Nevertheless, EVERY Dolphins fan that has ever suffered through years of mediocrity, pain, and the ever-changing carousel of coaches and quarterbacks, would tell you the same thing: BRING BACK THE THROWBACKS.

And as we learned a few moments ago, Dolphins HC Brian Flores agreed.

Brian Flores: I don’t really care what we wear but if I had to vote I would go with the old uniforms.

Here is the full quote, courtesy of MiamiDolphins.com

After all, anyone that has ever watched a Brian Flores press conference would notice how rare it is to see him in anything other than the old logo. Heck, I think the team even traveled earlier in the year wearing a full sweat suit, with the logo we’ve all come to know and love. There are obviously plenty of factors that play into this. But to me, it goes back to something a wise man once said a few years ago.

BRING BACK THE THROWBACKS

I don’t know when or if the Dolphins will return to their throwback uniforms. But if your head coach is proudly wearing the old logo and publicly says ‘if i had a vote, I’d choose the old logo” I think we all know where this is headed.

See, Brian Flores is part of the long-term plan in Miami.

And if the guy that’s helped turn this franchise around in a little over 18 months wants the throwbacks full time. Then dagnabbit let’s give Coach Flores and the fans exactly what they want.

Do the right thing, Miami Dolphins. Give us what we want

bring back the throwbacks, @miamidolphins pic.twitter.com/UPfrgEXKKD