The Miami Dolphins will be ready to close the book on a frustrating Week 1 when they arrive at the team facilities tomorrow to begin preparations for yet another AFC East opponent next Sunday. Miami, who will face the Buffalo Bills in Week 2, will need to learn quickly from their errors on Sunday — and perhaps learn a lesson or two from how they handled personnel amid the swings of momentum throughout the game for the Dolphins throughout their 21-11 loss to the Patriots.

Scanning through the summary of snap counts for Miami offers no shortage of surprises — and we’ll need the next few weeks to identify whether these usage trends are a sign of something bigger or simply offer a look at Miami’s game to game flexibility in personnel.

Here are the biggest standouts from Miami’s Week 1 snap counts against the Patriots. 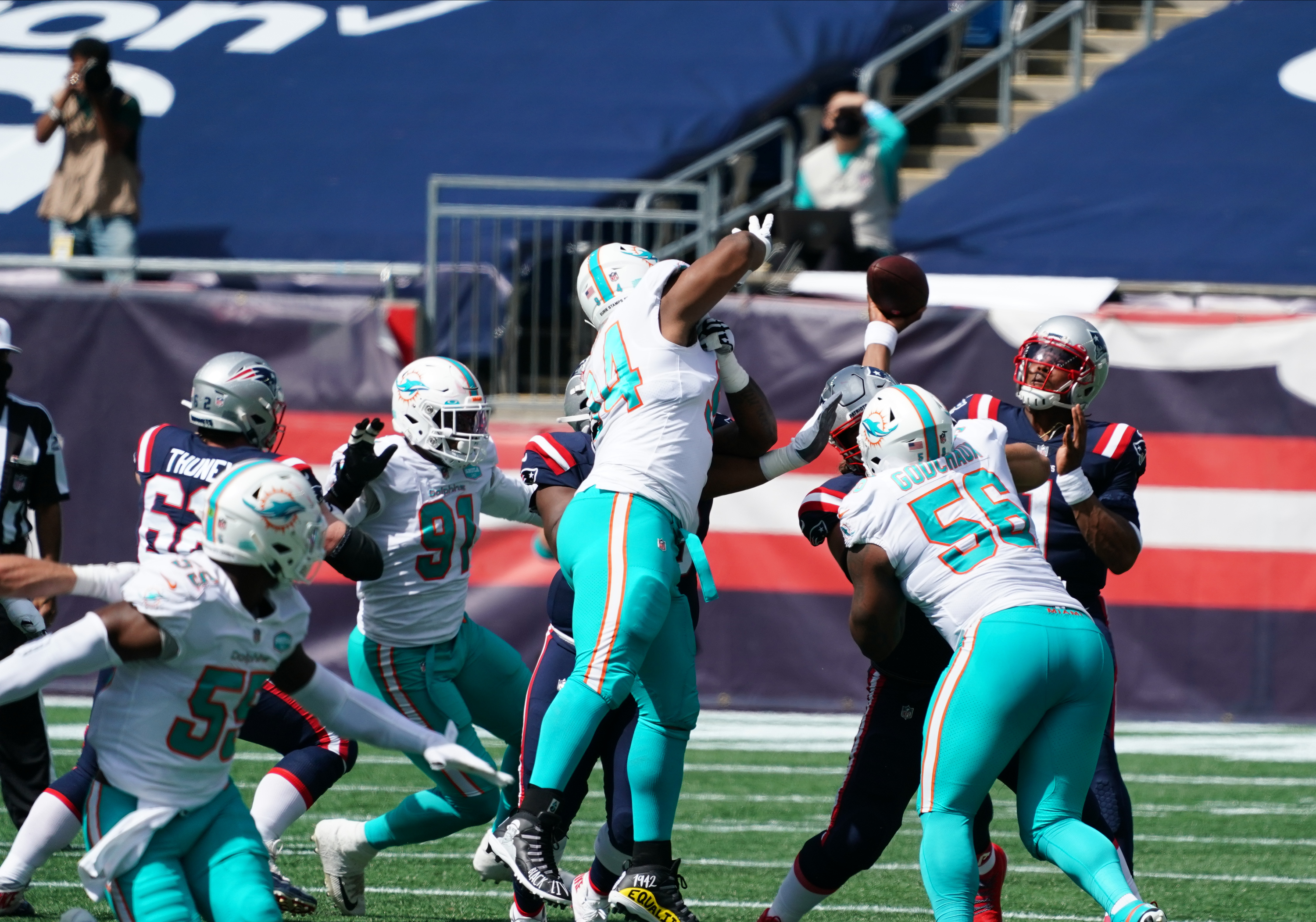 The Dolphins saw Shaq Lawson (60 snaps) and Emmanuel Ogbah (55 snaps) serve as staples for the Dolphins up front. The usage of both ends dwarfed both primary interior defenders in Christian Wilkins and Davon Godchaux (who logged 43 and 44 snaps, respectively). Yet for their volume of snaps, the Dolphins couldn’t quite seem to secure a consistent level of production from either player — and the Patriots had success on several reps working the edges against the Dolphins in the zone read game. Miami knew coming into the season that neither defender was super fluid or twitchy to move in space, but how the team looks to counter in the coming weeks as teams attempt to replicate New England’s success on the edge will be a critical storyline to watch.