With Miami falling to 0-1 on the season and with Ryan Fitzpatrick miscues serving as a critical factor as to why, the calls are already beginning to trickle in. Miami’s quarterback of the future awaits — and unlike last season the team’s hand-selected heir is already in place. His name is Tua Tagovailoa. And, after Miami made him the No. 5 overall pick in the 2020 NFL Draft, his installment as the team’s starting quarterback feels inevitable.

But the Dolphins have already reaffirmed that their Week 2 starter will be Ryan Fitzpatrick. Expect the performance of the Dolphins over the coming weeks to play a heavy hand in when that is no longer the status in Miami’s offensive backfield. How might different outcomes from here impact the Dolphins’ decision making process with Tagovailoa?

Here are three potential outcomes for the Dolphins offense with Fitzpatrick at the helm: the good, the bad and the ugly. 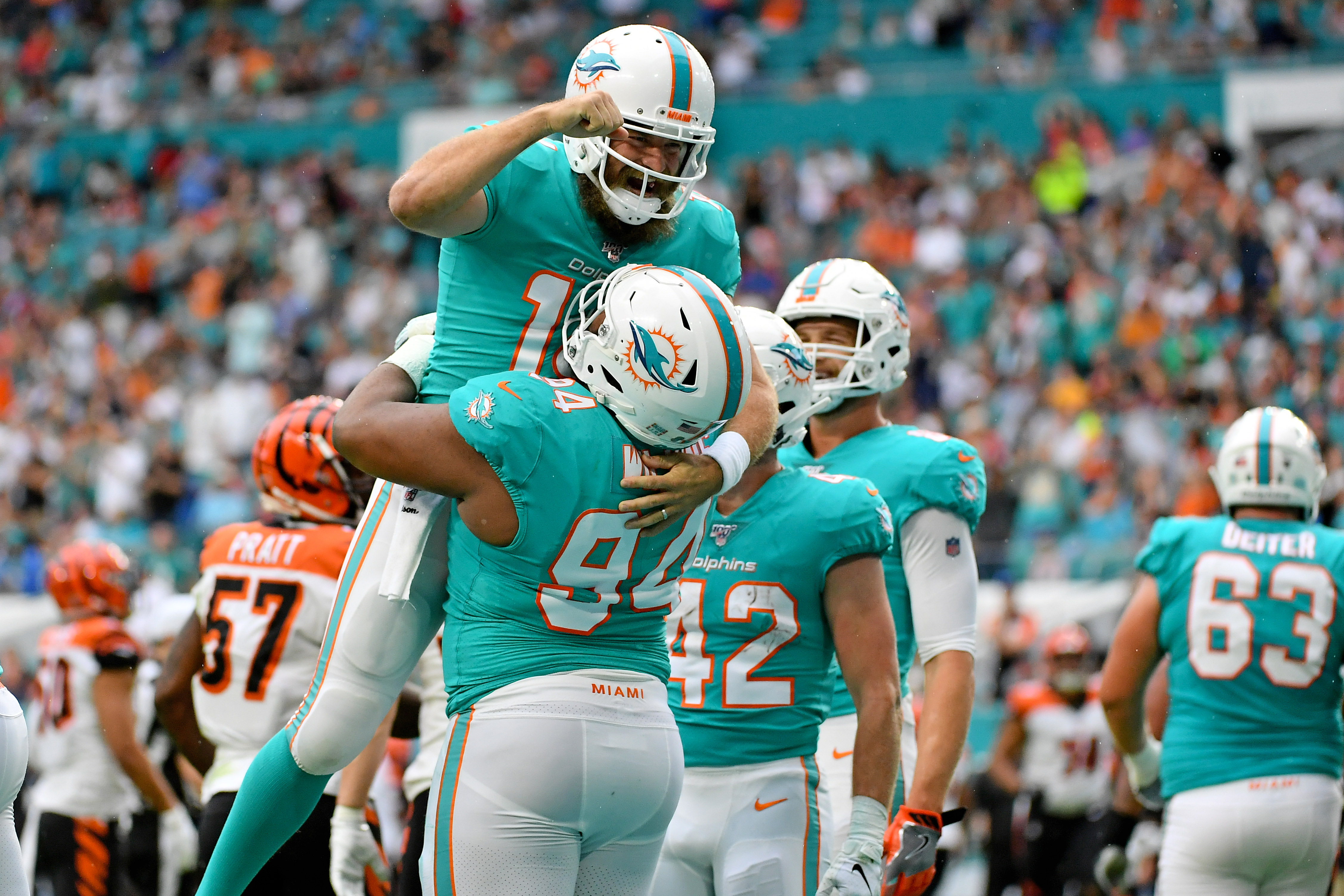 Miami’s transition to a new offense suffered merely a hiccup in Week 1 and the quarterback we saw Fitzpatrick play as throughout the back half of 2020 returns in Week 2 against the Bills. In such a scenario, Miami stands a strong chance to win the football game and push for .500 into the heart of the season and beyond.

If Fitzpatrick plays well and finds his groove, Miami figures to be a fringe playoff contender throughout the course of the season and in such a scenario it will be difficult to envision Brian Flores making the change. If it ain’t broke, don’t fix it. This scenario would indicate that things aren’t as broken as the Week 1 showing would indicate.