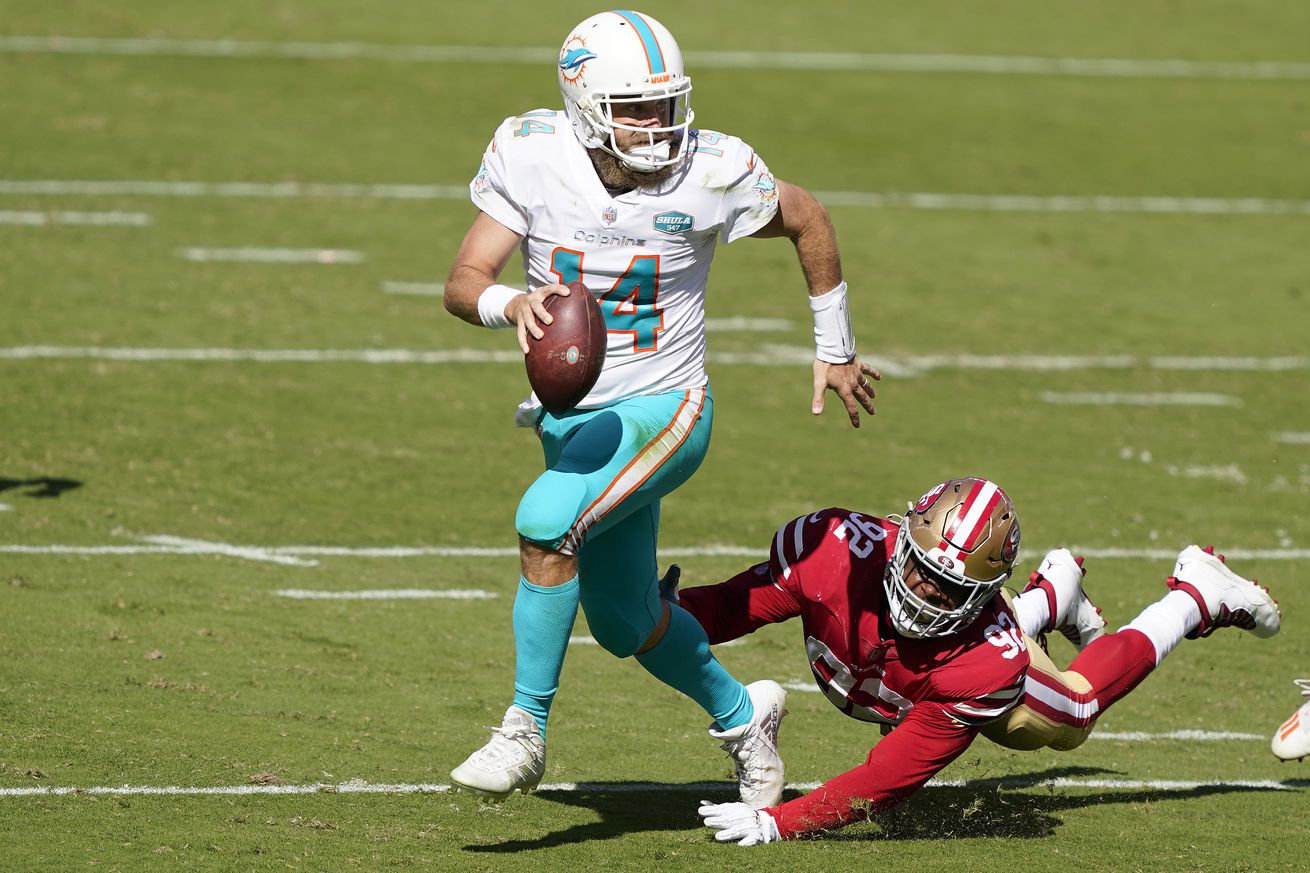 Ryan Fitzpatrick is coming off one of his best performances ever as he helped lead the Dolphins to a huge upset over the 49ers. But all week we heard chatter of fans wanting Fitzpatrick benched for Tua Tagovailoa and those questions were also asked to Brian Flores. Tua will eventually see the field sometime this year, but it all comes back to Fitzpatrick and his hot and cold play.

Ryan Fitzpatrick: The outside noise isn’t important – ProFootballTalk
The Dolphins were big underdogs in Santa Clara on Sunday, but they got out to a 14-0 lead on the 49ers and didn’t let up in a 43-17 win that improved their record to 2-3 this season.

FitzMagic has a near-perfect performance in Dolphins’ win over 49ers – Miami Dolphins Blog- ESPN
One of the most complete games by the Dolphins in the coach Brian Flores era was capped off by QB Ryan Fitzpatrick’s 350 yards and three touchdowns.

Miami Dolphins News 10/12/20: Dolphins Dismantle 49ers – The Phinsider
Welcome to the Splash Zone, the quickest way to get your day started off right. We bring you a rundown of Miami Dolphins news from the last 24 hours.

Dolphins play as team, dominate 49ers in Week 5 – The Phinsider
The Miami Dolphins showed up and showed out on Sunday, dominating the defending NFC Champion San Francisco 49ers. Coming away with the 43-17 victory, the Dolphins moved to 2-3 on the year and made…