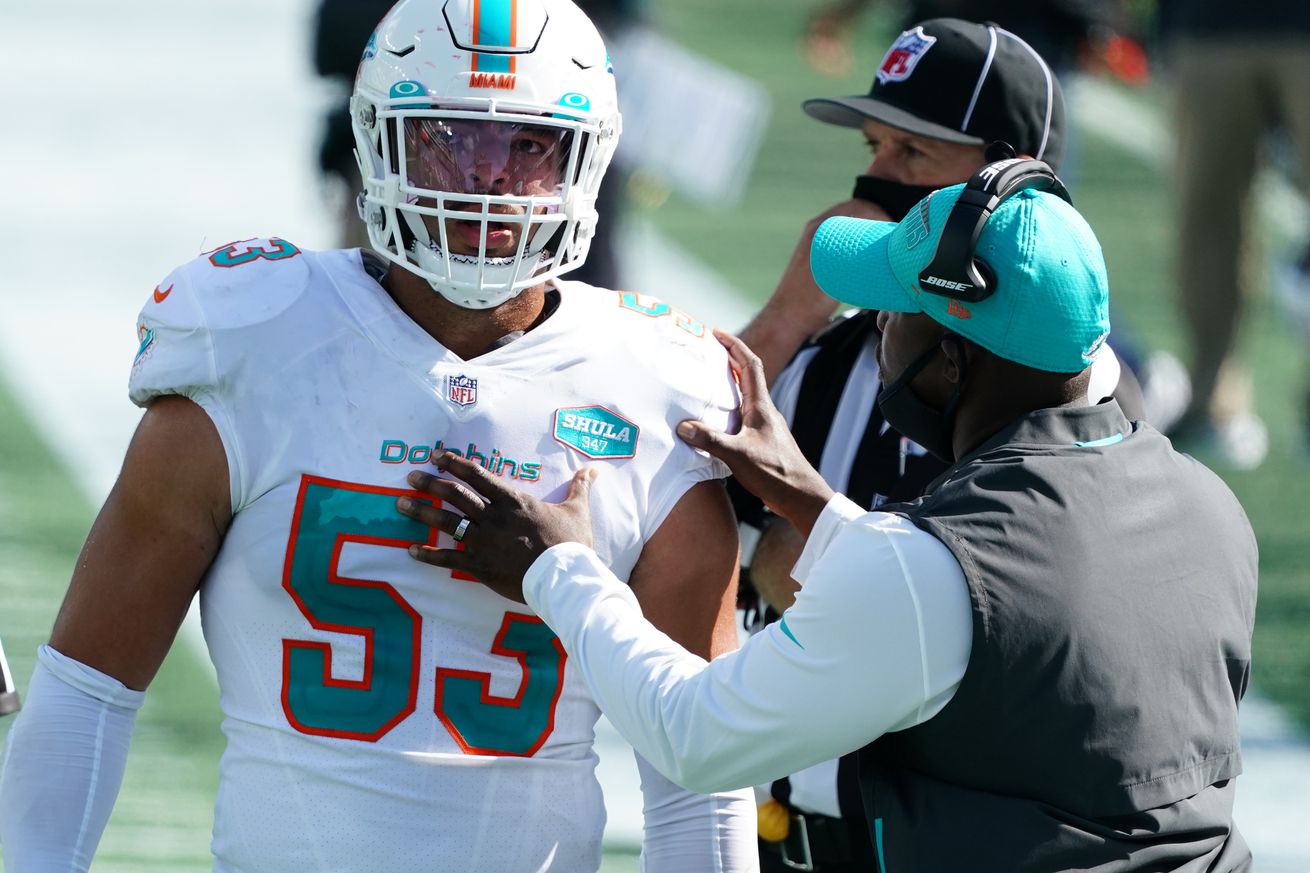 Good news! Kyle Van Noy practiced yesterday. Bad news, he may not play Sunday against the Jets. Van Noy has been dealing with a groin injury he suffered during the game against the 49ers this past Sunday. If he happens to be active thought, it may be in a limited role.

Dolphins’ Kyle Van Noy practices, but might not play vs. Jets – South Florida Sun-Sentinel
Miami Dolphins linebacker Kyle Van Noy, who is dealing with a groin injury, returned to practice Thursday, but there’s no guarantee he will play against the Jets on Sunday.

Dolphins are favored for first time under Brian Flores – ProFootballTalk
The Dolphins have won some of their 21 games since Brian Flores became their head coach and they’ve lost others, but one thing has remained the same for all of them.

Report: Le’Veon Bell choosing between Bills, Chiefs and Dolphins – ProFootballTalk
Running back Le’Veon Bell became a free agent when the Jets released him on Wednesday, but it doesn’t sound like he will be one for long.

Dolphins Secondary Creating Takeaways Interceptions No Fly Zone
The Dolphins veterans in the defensive backfield showed out Sunday, but nobody will accept the credit

Miami Dolphins News 10/15/20: Jason Sanders Takes Home Weekly Honor – The Phinsider
Welcome to the Splash Zone, the quickest way to get your day started off right. We bring you a rundown of Miami Dolphins news from the last 24 hours.

Dolphins among favorites to sign Le’Veon Bell – The Phinsider
The New York Jets continued their dumpster fire of a 2020 season this week with the release of running back Le’Veon Bell. Signed as a free agent in 2019, the Jets made Bell the second-highest paid…